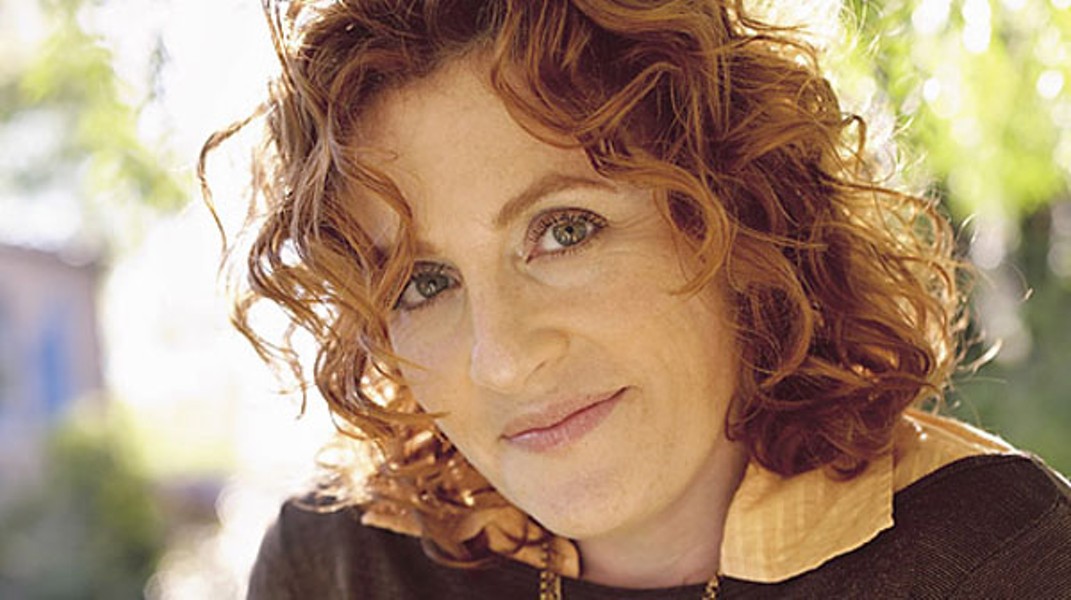 When Michael Chabon, Ayelet Waldman, and their four children embark on a Sunday-afternoon outing, their first stop is typically a comic-book store. While Chabon and the kids browse inside, Waldman stays in the car "listening to 'This American Life' or reading," she says. Afterwards, they often dine at Oakland's Pizzaiolo.

"All my life, I've wanted to have a situation like in Cheers, where I walk in and everyone knows me and says hi," Waldman admits. Pizzaiolo is owned by the father of a student at Oakland's Park Day School, which Chabon and Waldman's children attend. At the Berkeley Repertory Theater (2025 Addison St., Berkeley) on Saturday, December 7, the renowned literary couple will engage in a dialogue with San Francisco Chronicle columnist Jon Carroll. It's the latest in a series of celebrity conversations staged to raise funds for financial-aid programs at Park Day, a K-8 whose tuition starts at $17,100 a year.

The pair will talk about family life and their new books, Chabon's Manhood for Amateurs: The Pleasures and Regrets of a Husband, Father, and Son and Waldman's Bad Mother: A Chronicle of Maternal Crimes, Minor Calamities, and Occasional Moments of Grace.

"It's a funny coincidence that they came out at more or less the same time," Waldman says. "That wasn't planned. I'd just gotten my book deal, and Michael and I were looking at his notes and stuff, thinking about nonfiction. I said, 'You have a book here. It's about parenthood and it's about being a man.'"

In both books, the authors sift victories from regrets, which Waldman calls "the eternal Jewish symptom" and "the constant theme of both of our lives. We take a certain pleasure in nostalgia, and it is the bittersweet nature of nostalgia that it's always attached to this ribbon of regret. As a parent, you feel this weight and this import in every decision you make. If things don't go as you planned, you feel this grave sense of 'I should have handled it better.' You can be paralyzed by it or, in a weird way, you can learn to enjoy it. That's what Michael and I have decided to do."

When her kids undergo what she calls "social dramas," Waldman questions her ability to offer counsel: "Sometimes I feel that all I'm doing is acting out my own childhood again. I tend to get crazily overinvolved, because I had such a hard time as an adolescent."

While looking forward to the talk with Carroll, Waldman dismisses the notion of herself as a parenting maven.

"The idea that we're experts is hilarious," says Waldman, who has just finished writing a pilot for HBO about an Oakland family. "Sure, we have four children, but having a lot of something doesn't make you an expert. Would you go to the crazy cat lady for advice on raising pets?" 7 p.m., $25-$30. ParkDaySchool.org