The Oakland Raiders are "Evil," According to Donald Rumsfeld

In an interview with the Financial Times to promote yet another book, Known and Unknown, former defense secretary and Iraq War architect Donald Rumsfeld had remarkably little to say about his own role in the bombing and pillaging of Baghdad. And yet, he did have a finger to point, this time at Oakland's favorite outlaw team, The Raiders. According to a new blog post by SF Weekly, Rumsfeld decided to end the interview — which happened on Super Bowl Sunday — by pontificating on football. He said he was rooting for the Pittsburgh Steelers, because of their "epic" wins against the Oakland Raiders, back in the 1970s. Rumsfeld continued: "Nobody could support the Raiders. They're evil."

To which we respond: What? Us? 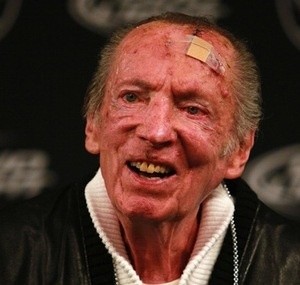