The Meyerowitz Stories: The Dad Zone 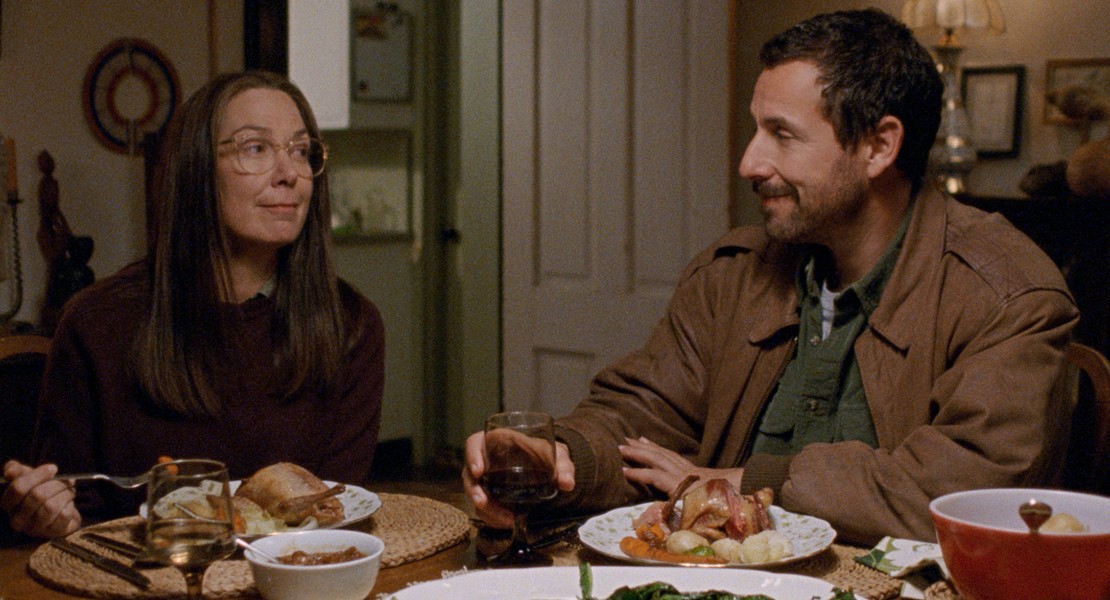 By our informal count, the 48-year-old filmmaker has written and directed 11 theatrically released features. Eight of those, including Meyerowitz, are dramas or comedies about people with troublesome family relationships; two of them are romantic comedy vehicles for actress Greta Gerwig, and one, De Palma, is the documentary profile of a fellow director, Brian De Palma. Frances Ha, one of the Gerwig pics, arguably represents Baumbach's finest work, alongside the Jeff Daniels-Laura Linney-Jesse Eisenberg character study The Squid and the Whale.

The Meyerowitz Stories falls into Baumbach's favorite template — the dialogue-heavy misadventures of self-centered urbanites who can never get over being raised by their domineering, argumentative parents, and who then inflict the same treatment on their friends and lovers. It worked like a charm with Squid, less so with Margot at the Wedding, Greenberg, and While We're Young, but really, seriously, let's give it a rest.

Bearded Dustin Hoffman, in cruise control, portrays New York artist Harold Meyerowitz, a very minor sculptor of pint-sized objects, now semi-retired and married to his latest wife, a fuzzy-brained hippie named Maureen (Emma Thompson), whose fondest wish is to sell off Harold's home and artworks and move with him to Massachusetts. This plan vexes his grown children, the frazzled, semi-employed Danny (Adam Sandler), his repressed sister Jean (Elizabeth Marvel), and their half-brother Matthew (Ben Stiller), his father's favorite, a busy financial gantse macher. None of them is shy about airing long-standing grievances. Much discussion arises and many names are dropped.

Sandler takes home the acting prize as underachieving Danny, with Marvel a close second as Jean the wallflower. Thompson is dependably hammy in comic relief, but Stiller is stuck in a time warp. His Matthew has exactly the same gripes his characters have had every time he's worked for Baumbach. In fact, throughout most of his career Stiller essentially plays the same type over and over with scarcely a breather, no matter who makes the film. If you or I were Matthew's sibling, we'd hate him, too. Approach with caution.


The Meyerowitz Stories (New and Selected)
Written and directed by Noah Baumbach. With Dustin Hoffman and Adam Sandler. Now playing.

The Meyerowitz Stories (New and Selected)