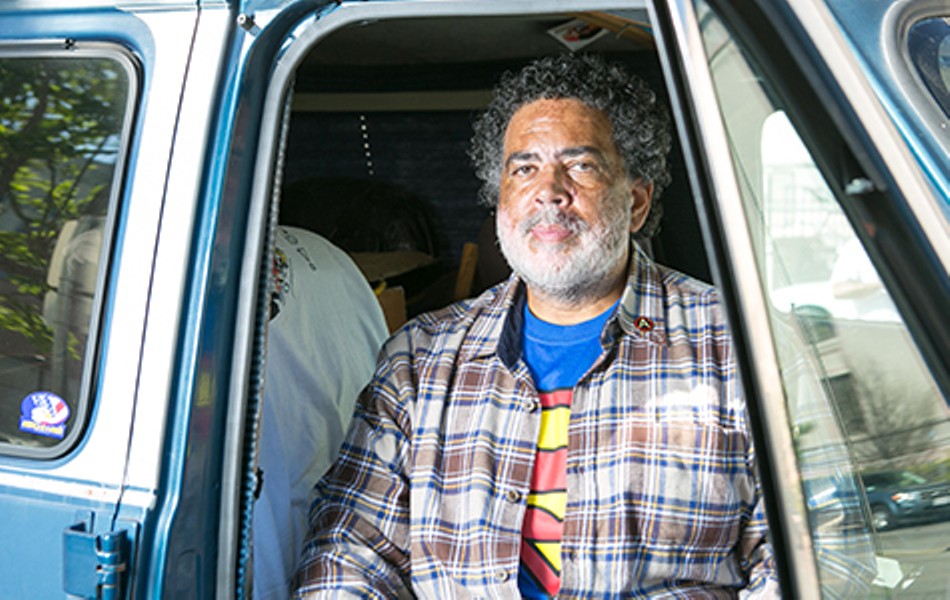 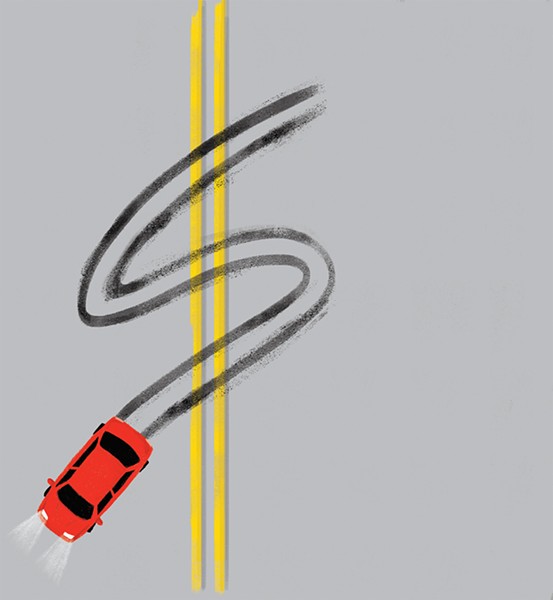 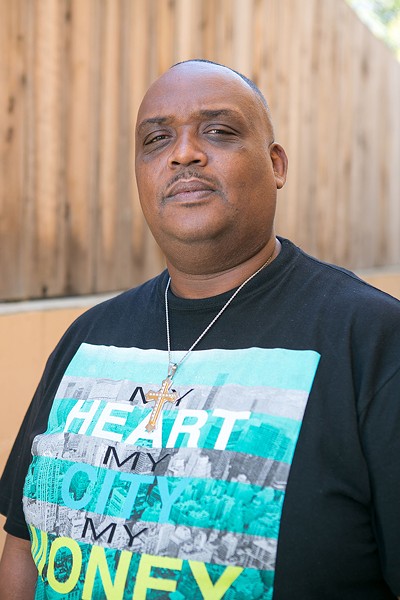 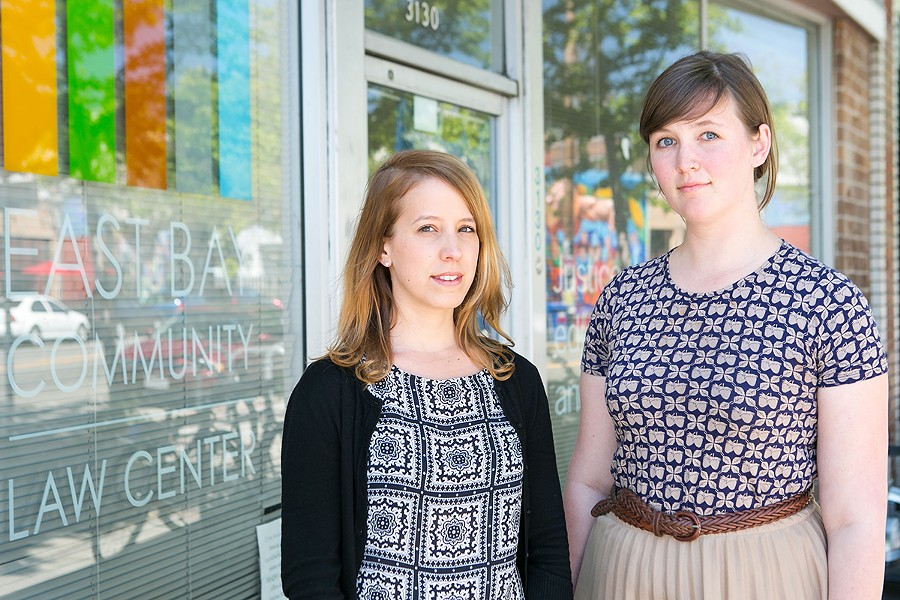 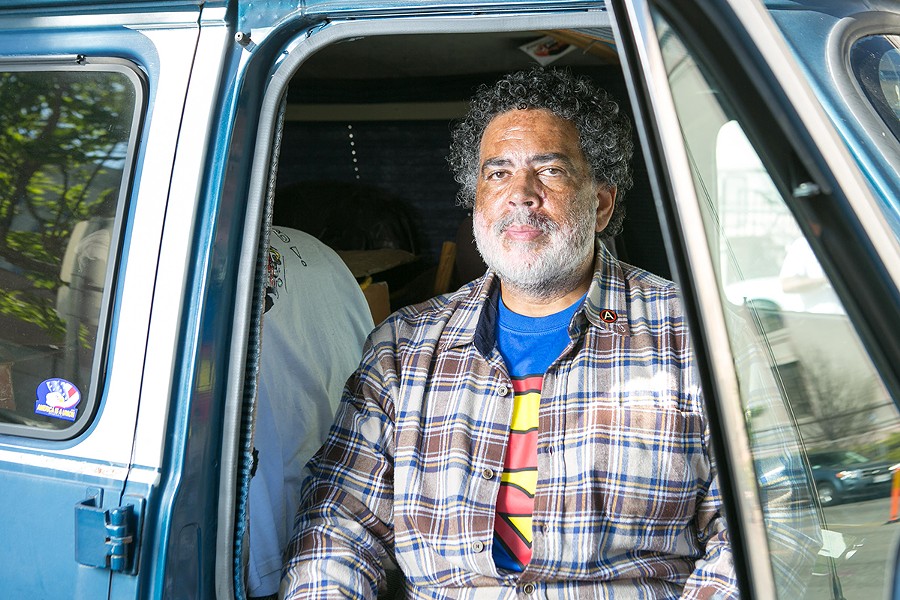 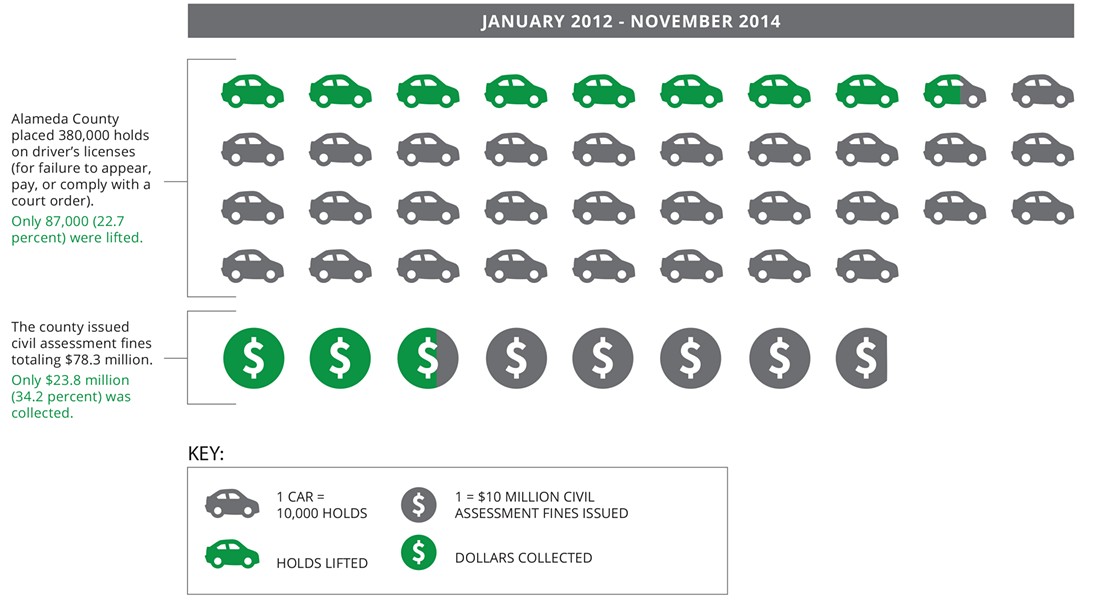 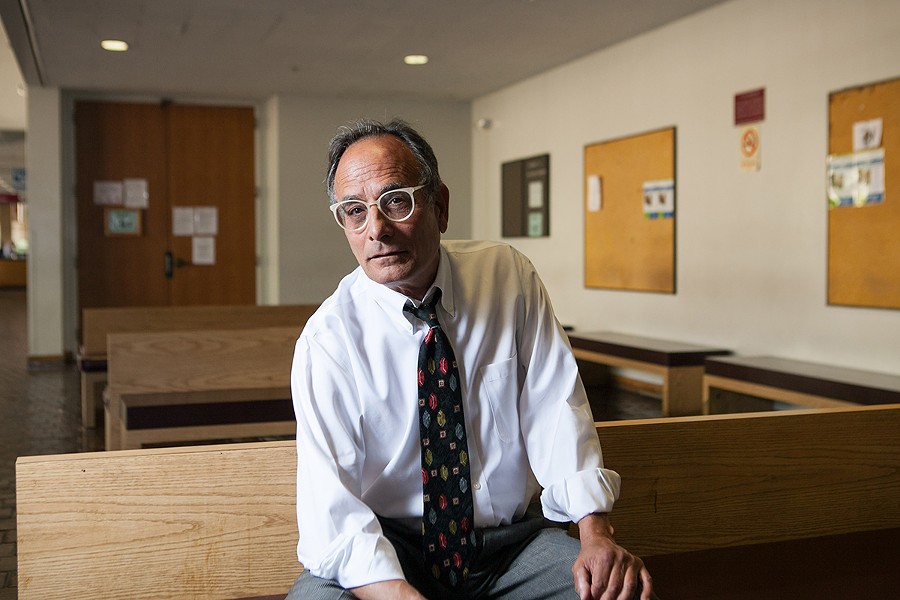 When two men approached Carlos Smith outside his home on September 26, 2008, he knew he was in trouble. It was just after midnight, and Smith was parking his GMC Denali truck by his house on 66th Avenue and Arthur Street in the Havenscourt neighborhood of East Oakland. He had never seen the men before, but they walked up to his vehicle and told him to get out. But before he could exit, they assaulted him, wrestling to get his keys.

"They just started attacking me, and I ended up fighting for my life," recalled Smith, 45. One of the men pulled out a gun, and they eventually knocked Smith to the ground. At that point, he realized that his hand was covered in blood. One of the men had fired shots at him, striking him in his left shoulder. During a recent interview, Smith — who previously worked in construction, but now is unemployed — showed me the seven-year-old scars on his body from the gunshot wounds.

The men drove off with his truck, and an ambulance rushed Smith to the hospital. According to the Oakland Police Department, the carjacking suspects then abandoned the vehicle near Smith's home. Smith said he is lucky he got the truck back and grateful to be alive. However, the shooting sent him on a downward spiral — but not for any reason he could have predicted the night of the attack.

One month after the carjacking, during the beginning of Smith's long physical recovery, an Oakland police officer pulled him over while he was driving near the Coliseum. Smith, who is Black, said he can't remember the exact reason why the officer stopped him, but recalled that the cop told him something about him not properly displaying a sticker in the rear window. What he does remember — and what court records show — is that he did not have his proper proof of insurance on him, resulting in a citation with an initial fine of more than $700.

Smith had gotten traffic citations before, but this one could not have come at a worse time. He was out of work and was still recovering from the shooting. As a result of his injuries, he missed an initial deadline to show up to Alameda County Superior Court for the traffic violation, leading him to receive a "failure to appear" citation. That infraction carried an additional $300 "civil assessment," and resulted in the Department of Motor Vehicles suspending his driver's license.

Smith said he wrote to the court to explain that he had failed to appear because of his medical problems, but said he couldn't get the fines reduced or waived. He said he wanted to fight his case in front of a judge, but court clerks told him that he had to deal with a private debt collection company that contracts with Alameda County to handle traffic fines.

In 2011, Smith got a ticket for driving with a suspended license, and in 2013, was slapped with an additional infraction after a red-light camera apparently caught him running a red, court records show. With all his fines, civil assessments, and interest fees combined, as of last month, Smith owed more than $3,000. Without a valid driver's license, he has also been unable to find steady employment — making it impossible to pay off his debts. Smith, who depends on disability benefits and now lives in San Leandro, said he has relied on getting rides from family members and friends and has struggled to move his life forward. "This really put me in a great depression," he said. "You feel worthless."

And when defendants miss a single payment or court date, the fines increase exponentially — and their driver's licenses are suspended. In those cases, the courts also frequently block defendants from having a trial unless they post full bail, which means innocent people or those with extenuating life circumstances often can't even present their cases to a judge.

Over the past eight years, there have been 4.2 million cases in which the state suspended driver's licenses because of people's failure to appear or pay fines in court, according to the East Bay Community Law Center, a nonprofit that provides legal services to defendants in traffic court. That means an estimated 17 percent of adults in California currently have suspended licenses for missing a hearing or payment deadline.

The injustice of traffic courts — which also rule on a wide range of municipal infractions, such as littering or failing to pay public transit fare — is exacerbated by the fact that judges routinely issue the harshest punishments allowed, far beyond the minimum sentences outlined in state law. In addition, judicial officers routinely fail to take advantage of the wide discretion they have to consider people's ability to pay fines. And with court and other government budgets heavily dependent on these fines and fees, judges have increasingly felt pressured to raise revenues on the backs of poor people.