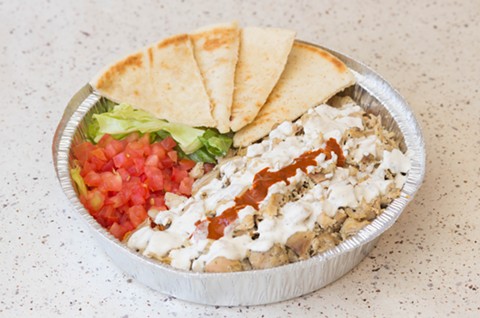 The Halal Guys might be taking over the Bay Area. After first entering the market in 2017, the popular New York City-based chain opened a Berkeley location in January and is now preparing to open an Oakland location this summer. It will be located at 2214 Broadway, in the former Locol location in Uptown near Ike's Sandwiches.

The Halal Guys started in 1990 as a hot dog street cart before the founding partners recognized a demand from Muslim cab drivers looking for halal food. The chain's menu has remained short and straight-forward all of these years later: chicken, gyro, or falafel, served as a sandwich or rice plate. Perhaps more famous than the meals are the red and white sauce that go with them.