The co-editor of the Sacramento News & Review will join the paper on April 25. 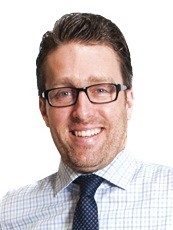 Today, the Express announced that Nick Miller will be joining the publication as Editor.

Miller hails from Sacramento, where he has served as the co-editor of the Sacramento News & Review (NewsReview.com) since 2012. Overall, Miller has worked at SN&R for twelve years, serving stints as arts editor, news editor, and managing editor.

Miller’s recent work as an editor and writer has focused on Sacramento city hall and the mayor's office, economic inequality, social movements such as Occupy and Black Lives Matter, and homelessness. He has received over one dozen California Newspaper Publisher Association awards, including first-place for writing, investigative reporting, breaking-news coverage, and local-news reporting.

In addition, Sarah Burke, who formerly served as the Express’ Arts & Culture Editor, was recently appointed to the position of Managing Editor.

Miller will start at the Express on April 25. In the interim, Burke is serving as editor alongside staff reporter Darwin BondGraham.