Kyle Kurpinski and Terry D. Johnson tell us how to interface with our own genetic replicas. 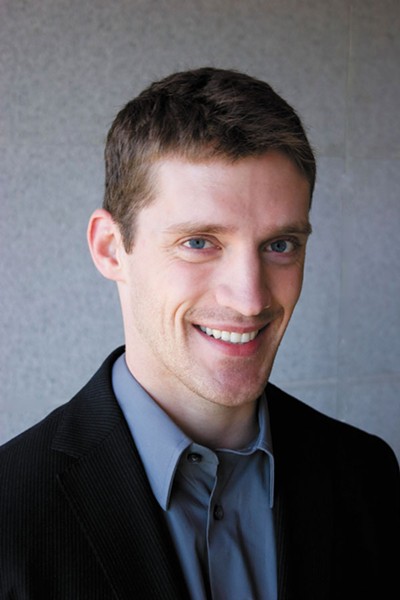 You'll be able to handle him like a pro if you've read Kyle Kurpinski and Terry D. Johnson's book How to Defeat Your Own Clone, a satiric yet seriously scientific look at a future that might very well include designer babies, genetically modified super-soldiers, and walking, talking, Frappuccino-quaffing Doppelgängers. The authors, bioengineers who became friends at UC Berkeley when the former was a Ph.D student and the latter an instructor, will offer what they call "tips for surviving the biotech revolution" at Diesel (5433 College Ave., Oakland) on Sunday, March 7.

"Everyone is afraid of cloning, but it's not necessarily something to be afraid of," said Kurpinski, who is now conducting stem-cell research as the lead product development engineer at NanoNerve in Fremont. "People are afraid of biotechnology in general, too, but the real examples of it that you see every day have been around for years, such as the selective breeding of crops: Nobody's scared of farms, or of selecting the best seeds to produce the best fruits and vegetables."

So biotech is absolutely safe? Yes and no. In theory, "it's designed to help people. I want to help people," said Kurpinski. He stands in awe of applications such as stem-cell therapy, with its promise of restoring mobility and curing diseases, and gene therapy, which addresses inherited defects "that are locked into your DNA. One of the ways that has been proposed to deal with these defects is to target the particular gene that is known to be controlling the problem and replace it with a functional gene. It's a really elegant thing that could solve all these problems which we have no other way to solve," although its kinks have yet to be worked out.

Even more worrying is what happens when good technology falls into bad hands. Of bioweapons, "we should absolutely be afraid," he said. Of clones, though, not so much. "The trouble is that most people get all their 'information' from comic books and movies, and when it comes to cloning, Hollywood has no idea what it's talking about." As for the idea that our genetic duplicates would share our memories and thoughts, "people really think that's going to happen — but no, it won't. People say, 'My clone's going to know everything I know.' But no, it won't. People worry, 'My clone's going to be evil,' because clones are always portrayed that way in movies. People ask, 'Am I going to have to fight my clone to the death?'"

Probably not, Kurpinski said. Upon encountering a lookalike, he advises: "First make sure it's your clone and not just someone on the street who resembles you." Upon ascertaining that it's indeed your bioengineered replica, "take him out to dinner and find out what he wants." 3 p.m., free. DieselBookstore.com