The Best Events of the Fall Arts Season

From activist art to international dance to stirring theater. 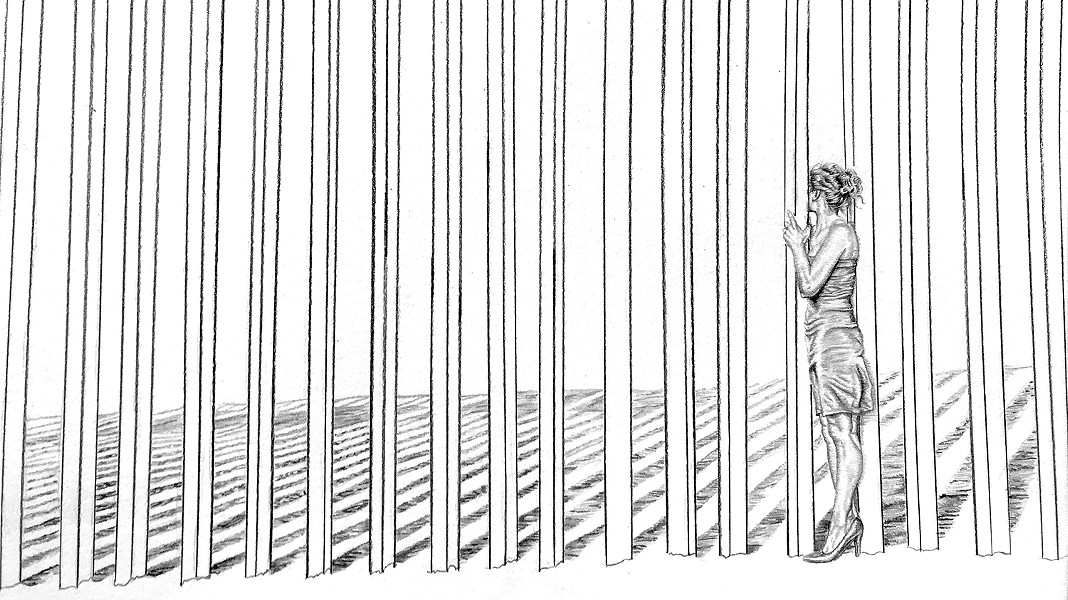 Califas: Art of the US-Mexico Borderlands

Those who appreciate the intersection of art and politics will want to make Califas: Art of the US-Mexico Borderlands / El Arte de la Zona Fronteriza Mexico-Estados Unidos a must-see. "Califas" is used by Chicanos to refer to California, particularly the time before the international border was created in 1848. This exhibition features work from 21 contemporary artists and collaborative groups, with an emphasis on Bay Area artists, to explore "when people understood the border as a connecting tissue, not a line of separation." Works address the meaning of migration, melding of border cultures, injustice, and inequality, among other themes. Featured artists include Jesus Barraza (printmaking/graphics), CRO studio (Adriana Cuellar and Marcel Sánchez, architectural design), Rebeca García-González (oils), Alejandro "Luperca" Morales (photography), and Stephanie Syjuco (mixed media/installations). — J.H.

At a time when the topic of gentrification and the displacement of longtime residents — some of them artists — rages on, it is important to have uncomfortable conversations about the state of Oakland. The Oakland Museum of California is addressing this head-on with a daylong, free-to-attend pop-up experience consisting of five projects along three blocks. Through an interactive display of photos, dance, storytelling, literature, and art, participating artists hope to shed some light on the effects of gentrification and the gradual erasure of a culture that has sustained Oakland for decades. Some of the day's topics include African American stories through the art of Gayle "Asali" Dickson; a temporary drum shop with Jahi & Microphone Mechanics; an interactive screen-printing and storytelling pop-up created by artist Yetunde Olagbaju; a community conversation with a dance-story project led by Greacian Goeke and Kaethe Weingarten; and a showcase of the voices of Youth Beat journalists, Oakland Youth Poet Laureates, and participants of Beat Within. — A.R.

Inspired by Eastern culture, BAMPFA fellow Rosaline (Yi Yi Mon) Kyo revives Tibetan legacies by curating mixed media pieces that encompass Tibetan Buddhist philosophies. Boundless: Contemporary Tibetan Artists at Home and Abroad, a group exhibition scheduled to open this October, highlights work by international artists that represent one's suffering in relation to where they live — or don't anymore. Tenzing Rigdol, a Tibetan poet and one of Kyo's featured artists, combines archival prints, photographs, and silk to make self-contradictory pictures. "Wrathful Dance" focuses on a burning silhouette of what looks like Mahapajapati Gotami — or Buddha's stepmother — and narrates a historical account starting from the outer most layer of ancient script. In "Exile in the Garden of Eden," Rigdol plays with layers again by combining printed excerpts of a book with simple illustrations that incorporate elements such as earth, water, and fire. — A.S.

Hi-Fructose Presents: The Art of the Mushroom

Following the 2016 presidential election, Daniel "Attaboy" Seifert painted eclectic cardboard mushrooms that gave him a sense of control and balance against the harsh realities under Trump. Seifert — who is an artist and cofounder of Richmond-based art magazine Hi-Fructose — hid these colorful and comical cap and stem creatures in random places. They've even reached the streets of New York. The idea behind it was to be able to look down (or up) and be taken away by these "bastions of fucking wonder magic," as Seifert described. Now, with the same concept in mind, Seifert has curated Hi-Fructose Presents: The Art of the Mushroom, which will open on Oct. 20 at the Compound Gallery. The group show will feature one of Seifert's largest sculpted pieces thus far as well as work by over 20 artists, including Andrew Schoultz and Naoto Hattori. — A.S.

Art and activism meet with Still They Persist, a touring exhibit featuring the posters, placards, and photos that memorialized the 2017 Women's March. Curated by Cincinnati-based art collective FemFour, the exhibit is an effort to keep the images — and resolve — of the march in circulation even after the streets cleared. The Jan. 21, 2017 march, in which an estimated 5 million people participated across all seven continents, was part of a swell of protests in the wake of Donald Trump's election. The items in the exhibit shine a light on sexism and reproductive rights, and even probe the limitations of white feminism with signs that read "Respect and protect women of color" and "Trust Black women because only 6 percent voted for D.T. but 53 percent of the white women did!" But the signs also signal larger fears that continue to loom with a Trump presidency, like the downward slope of global warming, a widening wealth gap, and diminishing LGBTQ rights, immigrant rights, and racial equity. — M.R.

MUCID founder, artistic director, and hula teacher Mahea Uchiyama towers majestically over generations of students who flock to the organization's light-filled, sprung floor studios in West Berkeley. Infused in 25 years of dance and music classes, workshops, festival appearances, and competition awards is a generous spirit that encourages cultural collaboration and exploration of Hawai'i and Tahiti's performing arts. A free, open house Sept. 21 at the center provides a sneak preview of the upcoming showcase at Holy Names University. The program includes world premieres and works to original music by Uchiyama, as well as Kathak, Zimbabwean, Middle Eastern, and devotional dances performed by students and guest artists. — L.F.