We couldn't help but go a little overboard.

The following documentaries stood out for their audacity and sheer entertainment value, as well as for their shared contrarian conscience: Heather Lenz's Kusama – Infinity, an impressionistic profile of Japanese avant-garde artist Yayoi Kusama, whose visions literally drove her crazy. Nathaniel Kahn's in-depth study of the state of contemporary art, The Price of Everything, a pull-no-punches investigation of the economic and societal forces behind today's astronomical art prices. And the third in this "art and artists" trio (all previously reviewed in these pages), filmmaker Sasha Waters Freyer's Garry Winogrand: All Things Are Photographable, a zesty profile of the late street photographer and his lasting influence.

Two hard-hitting docs for news junkies: Kimberly Reed's Dark Money, a sobering study of rightwing political dirty tricks in the state of Montana, and Jack Bryan's Active Measures, which spells out for all time the connection between Donald Trump and Vladimir Putin's Russia in the 2016 presidential election. Plus two more for history lovers: German writer-director Rüdiger Suchsland's eye-opening illustrated cinematic essay on the propaganda films of the Third Reich, Hitler's Hollywood; and They Shall Not Grow Old, the ground-level story of the British Army experience in the muddy, bloody trenches of World War I's Western Front, with remarkable original footage. It's directed by Peter Jackson (Lord of the Rings).

Someday, there will be no distinction made between theatrical movies, streaming, or any other delivery method. All screened entertainment will be equal — to exhibitors, award-granting academies, information outlets, and advertisers, as well as to the folks who put their butts in the seats. Until that day, we'll have to put up with categorizing and qualifying a piece of work such as Babylon Berlin, a 17-part German TV production — created by Tom Tykwer (Run Lola Run), Volker Bruch, and Peter Kurth — that shows what happens to a Weimar-era police detective who learns too much, too late in history's most tantalizing sin city. Babylon Berlin is on Netflix. It's a masterpiece. You should see all the films listed above, in any order you want, but save room for the ones that try to slip by, under-advertised, obscure, hard-to-pigeon-hole. That's where the flavor is. Happy New Year! 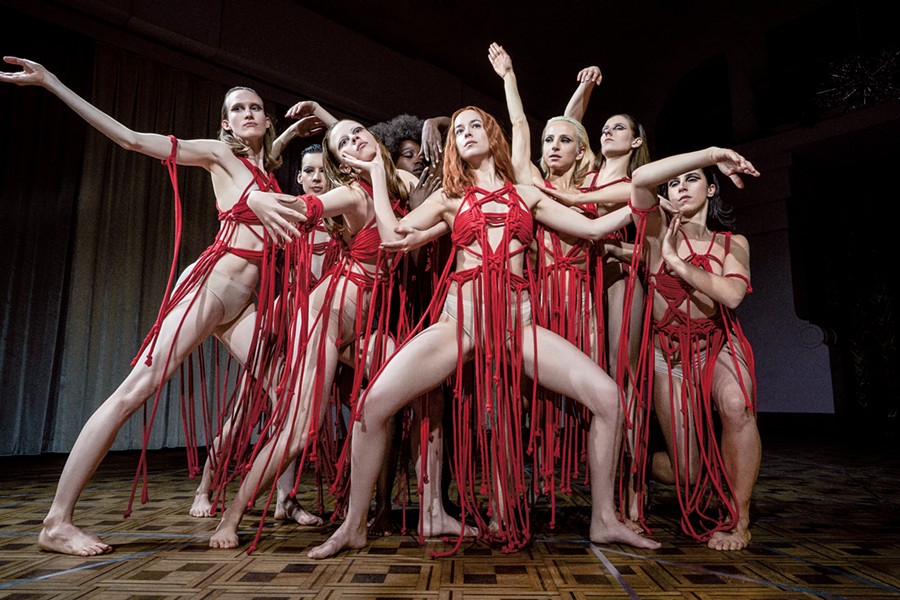 Bitter Melon: San Francisco’s H.P. Mendoza, the poet of the fog belt (Colma: The Musical; Fruit Fly; I Am a Ghost), obviously had this Filipino-American family melodrama in him, and it had to come out. A strong contender — alongside The Oath — for honors in the Most Hideous Family Holiday Dinner category.

Destroyer: Karyn Kusama’s (Girl Fight) 2018 crime thriller is still awaiting its theatrical release in the Bay Area (it’s scheduled for a Jan. 18 opening here), but Nicole Kidman’s role as a bent cop with a dirty past is already the stuff of legend. Wait for our review.

El Angel: This true-crime yarn coolly, unflappably depicts the career of a baby-faced thief and home invader named Carlos Robledo Puch, whose exploits in 1970s Buenos Aires earned him the nickname the Angel of Death. It’s as neat and brutal as we could ever hope for in a neo-noir, with a startling performance by Lorenzo Ferro, under the stylish direction of Luis Ortega.

Mid90s: In his feature film debut, Jonah Hill — yes, that Jonah Hill — writes and directs his fool head off in the story of a shrimpy 13-year-old Los Angeles boy and his trusty skateboard coming of age in the title era, which looks and feels like about 200 years ago. Young actor Sunny Suljic himself is an enigma — he appears to be a true untrained “natural,” but Mid90s is his 10th screen appearance.