We couldn't help but go a little overboard. 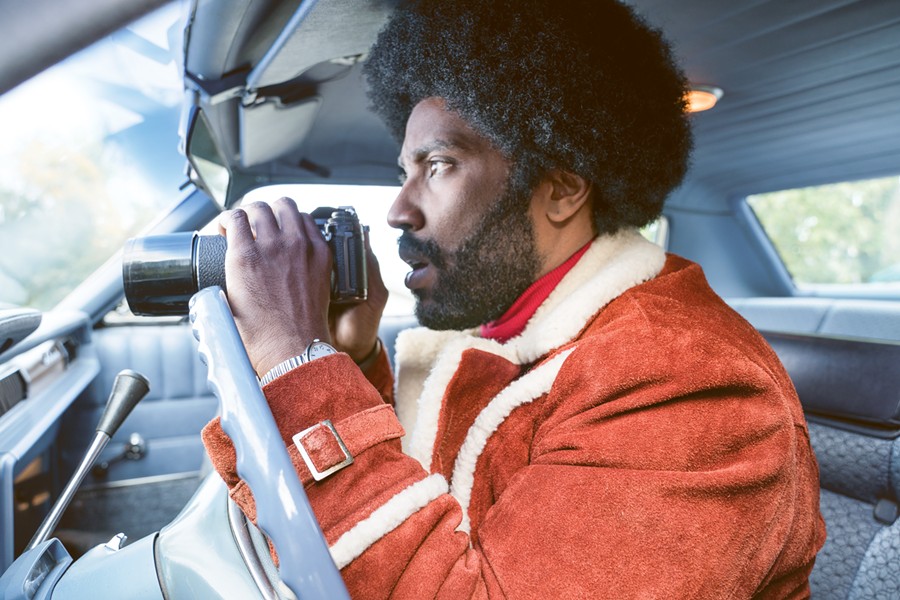 Too many movies, or not enough? 2018 has been a banner year for quality screened entertainment. It's as if all the filmmakers in the world were saving their best work for just this occasion. As a result, it's more difficult than usual to pick a formal roster of the "10 Best Movies" from such a surfeit of worthy candidates — the subject is too diffuse to adequately manage in one long list. So we've broken up the discussion into clusters (see below). In the long run, there is no such thing as too many good movies.

The past year is also notable as the time when the long-anticipated "multiple platform" release framework fully came into operation. Meaning that our favorite film might have played in a traditional brick-and-mortar theater — the hallowed "shared entertainment experience." Or been released online for streaming, or shown on cable TV, or sent straight to home video on disc (Blu-ray, DVD). Or it might have popped up on YouTube. Or any combination of the above.

More platforms mean more films. More films than any one human reviewer can process — although we are looking forward to reading robot reviewers in the brave new future. (Hah! Good luck with subjective meaning and value judgments, critbots.) According to The-Numbers.com, 1,209 films were released in the US and Canada in 2018. So, gentle reader, please take this year's roundup of noteworthy films not as the ultimate, iron-clad listing of the best movies, but as more of a starting point for inquiring cinemaniacal minds — something to chew on over a cup of holiday cheer with fellow film fanatics, or to be devoured along with a tub of popcorn at the multiplex. We may like to imagine we've already seen the finest movies out there, but it's flatly impossible to see everything.

In the meantime, old habits die hard. Everyone loves a list — anyone who says they don't is not to be trusted. To jump-start the critical nitpicking, here's the traditional-style list of the "10 Best Movies of 2018," in alphabetical order:

The Ballad of Buster Scruggs

The Death of Stalin

If Beale Street Could Talk

For the record, I reviewed (or will review) all of the above pics at length in the pages of the Express. Paul Schrader's First Reformed is the one that got away (I was on vacation), but I caught up to it.

It cannot be overemphasized that the 2016 Oscars So White protests and the movie industry's reaction to them elevated the quality of popular entertainment in this country. Piggybacking on such provocative 2016 and 2017 releases as Raoul Peck's I Am Not Your Negro, Barry Jenkins' Moonlight, Don Cheadle's Miles Ahead, John Ridley's Let It Fall: Los Angeles 1982-1992, Dee Rees' Mudbound, and Jordan Peele's Get Out, a wave of African-American writing, directing, and acting talent washed over American screens in 2018.

First and foremost in that wave is If Beale Street Could Talk, writer-director Jenkins' poignant, utterly gorgeous adaptation of James Baldwin's 1974 novel about the romance between a young Black man (played by Stephan James) and woman (KiKi Layne) in Harlem. My review of If Beale Street Could Talk can be found in my regular space in this issue. Aside from the blanket recommendation to always see every film that has Baldwin's name attached to it, here's some advice: Take the time to examine it frame by frame. It's that good.

Spike Lee, of course, has been conducting his own Let's-Make-More-Black-Films campaign ever since Joe's Bed-Stuy Barbershop: We Cut Heads in 1983. BlacKkKlansman is one of his very best, right up there with Malcolm X and Do the Right Thing. Lee's new film has all the makings of one of the funniest, bitterest, most socially conscious comedies of all time, but the inserts — a well-timed sprinkling of archival and newsreel images from this country's shameful past — leave no doubt about the real-world, 21st-century thrust of this true story, one Black man's mission to stop the KKK from having its way in his city. Lee won the Best Director award from the San Francisco Film Critics Circle two weeks ago, with he and collaborators also picking up the award for Best Adapted Screenplay, and Terence Blanchard honored for Best Original Score.

Carlos López Estrada, Daveed Diggs, and Rafael Casal's Blindspotting should hold a special place in the minds of anyone who has ever lived or worked in the East Bay. Police brutality, rampant gentrification, cultural appropriation, tribal one-upmanship, the never-ending need for street cred, the urban arms race, and the cariño of East Bay homies (Black, white, Latinx, etc.) for their kids and their best buddies all get their due in Blindspotting. The only pertinent Oakland issue left out of Diggs and Casal's ultra-Oaktown screenplay is the twin question of how hard to kick out the Raiders while hanging onto the A's.

Boots Riley's splendidly hallucinatory riff on another Oakland scenario, Sorry to Bother You, is audacious and imaginative enough to have made the 10 Best list in any year but this one. (We've concocted our own list of similarly "overlooked" flicks, further down the page.) But Riley's invigorating satire, plus the playing of actors Lakeith Stanfield and Tessa Thompson, deserve celebration. They're Black voices that until now haven't broken through to the mainstream very often. We could say much the same about Ryan Coogler's landmark Black sci-fi extravaganza Black Panther, far and away the highest-grossing film referenced here. Or George Tillman's The Hate U Give. Or Reinaldo Marcus Green's Monsters and Men, or Steve McQueen's Widows, or Yann Demange's White Boy Rick. Or Justin Simien's highly entertaining Dear White People on Netflix. All of the above truly matter.