And you thought Goth Cruise was ironic. Now there's a metal cruise dubbed "70000tons of METAL", which has just announced that East Bay thrash legends Testament will join the forty-band lineup. Local band Death Angel also headlines. The cruise will set sail on Monday, January 24, 2011, aboard the Royal Caribbean “Majesty of the Seas” from Miami to Cozumel, Mexico, and returns Friday, January 28. Ticket prices start at $666.

More of the lineup after the jump... 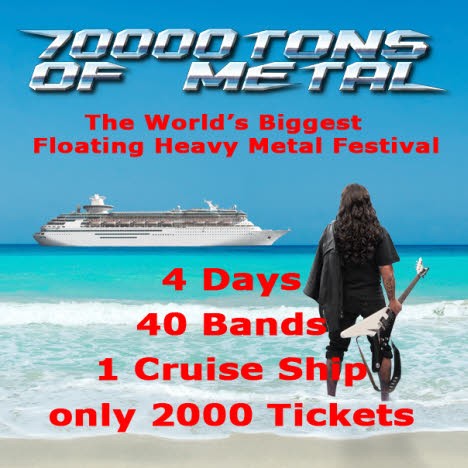