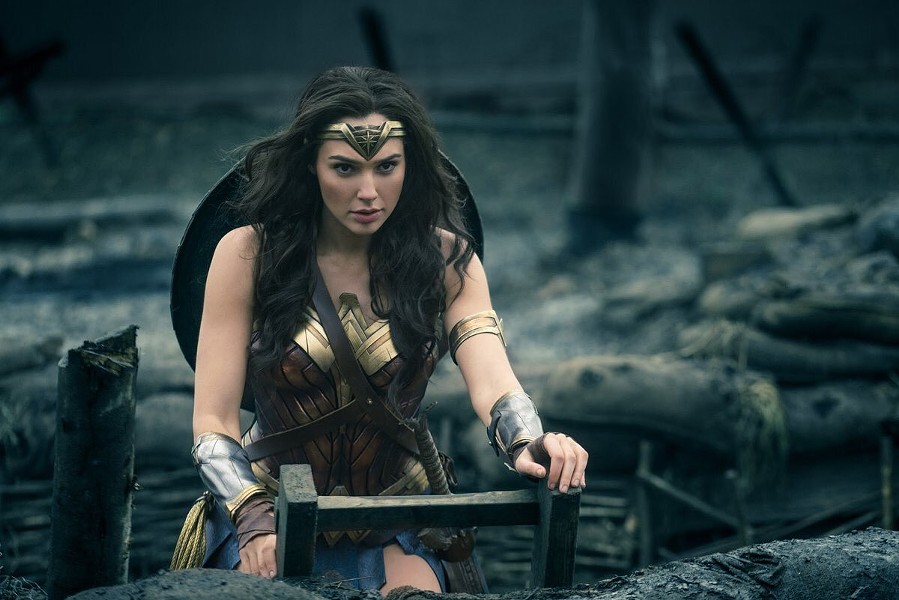 The summer movie season is always eagerly anticipated and even more eagerly forgotten, but the shit-show known as the summer of 2016 will leave a lasting scar. There was Ghostbusters, Suicide Squad, Ghostbusters, Independence Day: Resurgence; people Tweeting about Ghostbusters, The Legend of Tarzan, Now You See Me 2 — and let’s not forget about Ghostbusters. But summer hope springs eternal, and I still managed to find 10 highly anticipated films that might just make for the best … summer … ever. Probably not, but you never know.

Wonder Woman (June 2)
Finally! A female superhero movie helmed by a female director. Was that really so difficult? Beyond checking off overdue boxes and rubbing Marvel’s nose in it a little, Wonder Woman could break out of the comic-book bubble of bland mediocrity, if only because the character is more identified with bravery and sincerity than with wisecracking smugness or goth mopeyness. It helps that the demigoddess warrior princess is played by real-life demigoddess warrior princess Gal Gadot.

It Comes at Night (June 9)
Almost nobody watched Trey Edward Shults’ brilliant debut film Krisha, but apparently the right nobodies watched it, because the singular domestic drama won the 28-year-old director a two-picture deal with highly respected indie outlet A24. This follow-up is supposed to be a horror movie, and after seeing Shults turn a Thanksgiving family dinner into hell on earth, it will be fascinating to watch him plant two feet in the genre.

Baby Driver (June 28)
After a number of aborted projects, including a famously failed attempt to make Ant-Man, Edgar Wright finally delivers his first film since 2013’s Cornetto Trilogy closer The World’s End. I’ll take anything we can get from the maniacally creative Wright at this point, even if this romantic action musical looks like the sort of film that talented directors make when they have no idea what to make.

The Beguiled (June 30)
I’m not usually stoked about remakes, especially a remake of a really good film like Don Siegel’s kinky 1971 Civil War drama The Beguiled (Colin Farrell is no Clint Eastwood, but you knew that). And yet I’m very curious to see a female take on this somewhat misogynist material. It will also be interesting to see if Coppola can snap out of her funk and invest the film with some of the old Lost in Translation spark.

A Ghost Story (July 7)
David Lowery provided one of last summer’s pleasant surprises with Pete’s Dragon, a project conceived as a cynical CGI remake, but imbued with love and optimism and old-school Disney magic (no wonder it tanked). His follow-up film, a supernatural love story starring Casey Affleck as a literal white-sheeted ghost trying to connect with his wife, was met with wide acclaim last January at Sundance.

Dunkirk (July 21)
Christopher Nolan is practically the only auteur permitted to make money-is-not-object, off-brand blockbusters anymore. That sucks, if only because Nolan seems inclined to make the sort of movies an important director is supposed to make (pretentious space epics and bloated World War II anything) rather than following his own Memento muse. Still, this story of the massive Allied evacuation is probably our best chance for non-superhero-related IMAX awesomeness this summer, and it has Tom Hardy, so count me in.

Atomic Blonde (July 28)
A longtime stunt coordinator and one of the creative forces behind John Wick, David Leitch officially steps behind the camera with Atomic Blonde, starring Charlize Theron as an undercover agent kick-punching her way through a buffet line of Cold War-era stooges. Leitch has Deadpool 2 lined up for next year, so hopefully we get one decent genre film out of him before that assured abomination kills us all.

Wind River (August 4)
Wind River is the second directorial effort from Taylor Sheridan, but the barely released 2011 genre film Vile was made before he officially became Wunderkind Screenwriter Taylor Sheridan, the Oscar-nominated scribe behind Sicario and Hell or High Water. Now, there are legitimate expectations for this low-key mystery about a murder on a Native American reservation.

Logan Lucky (August 18)
Steven Soderbergh is very bad at retirement. He claimed to call it quits following 2013’s Behind the Candelabra, but he has been working non-stop ever since, most notably on his Cinemax show The Knick. And now he even manages to beat the already overhyped Ocean’s Eight to the punch with his own heist movie, starring Channing Tatum and Adam Driver as brother thieves executing a job at a NASCAR race.

And some films I’m definitely not stoked on:

Transformers: The Last Knight (June 21)
Michael Bay follows up the two best films of his career (Pain & Gain and 13 Hours) with a fifth trip to this dry well of robo-hijinx and global destruction.

Annabelle: Creation (August 11)
The creepy doll from The Conjuring gets a sequel to her 2014 spinoff movie; cinema creeps just a little bit closer to death.