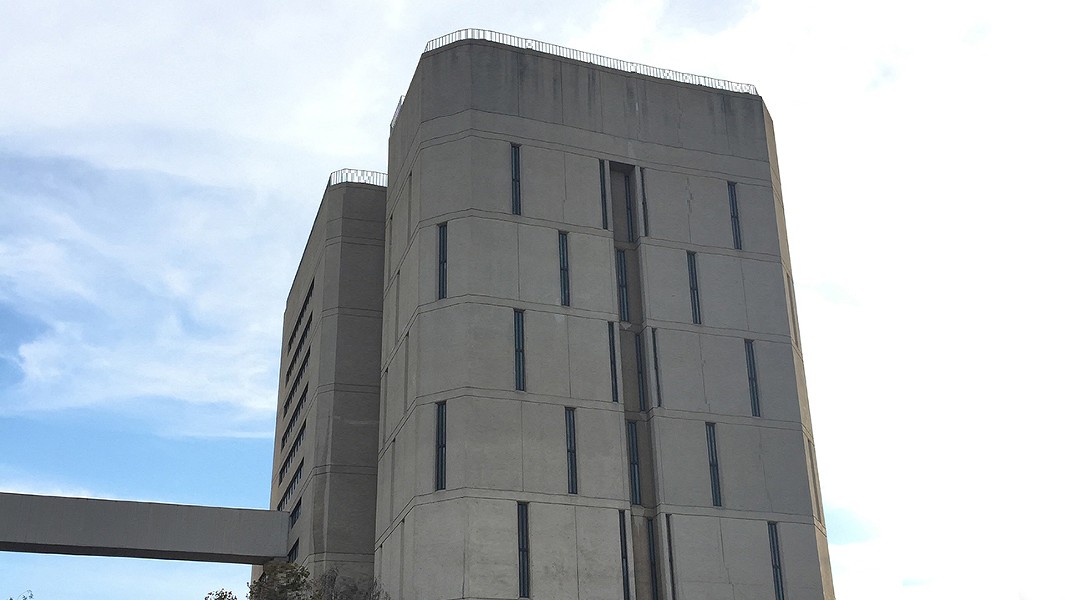 Alameda County is under fire from civil rights advocates over the planned use of a half-million-dollar grant from U.S. Department of Homeland Security. The sheriff's office has contended that it plans to use the $499,125 grant as part of an effort to work with formerly incarcerated people and combat many forms of political extremism in the East Bay. But civil rights advocates say the project only targets one group of people: Muslims.

In fact, concerns about the program have led a Muslim community-based organization that originally agreed to collaborate with the sheriff's office to distance itself from the partnership.

The county received the grant from Homeland Security's Countering Violent Extremism (CVE) program, which critics say focuses on Muslims and ignores other groups such as white nationalists. "CVE is a problematic government initiative that claims to want to mitigate violent extremism but very frighteningly primarily targets the Muslim community as an exclusive or primary source of violence," said Zahra Billoo, executive director of the Bay Area chapter of the Council of American Islamic Relations, a Muslim civil rights organization. She said the money is "tainted" and the falls short of addressing needs of "returning citizens," formerly incarcerated people reintegrating into society.

The county board of supervisors approved contracts for the CVE project in June. The sheriff's office wrote in its grant to Homeland Security that the program is designed to "create a culturally competent and informed network of support for incarcerated adults in the criminal justice system within Alameda County." The sheriff's office named the project, "Operation E Pluribus Unum," which is Latin for "out of many, one." In the 2016 grant application to Homeland Security, the sheriff's office wrote that Operation E Pluribus Unum "stands for one community woven from diverse strands" and will focus on many forms of extremism.

According to Homeland Security, the CVE grant program prevents terrorism by "building and fostering community resilience to violent extremism recruitment and radicalization."

According to the EPU grant proposal submitted to Homeland Security, EPU would support the reentry of those "who may be susceptible to radicalization and violent extremism," and strengthening Muslim community relationships with law enforcement. Sheriff's office staffers would "identify individuals susceptible to radicalization and violent extremism" incarcerated in Santa Rita Jail in Dublin and the Glenn Dyer Detention Facility in downtown Oakland and develop a referral tool to work with those individuals.

The sheriff's office initially planned to partner with Ta'leef Collective, a Fremont-based Muslim organization, and the Deputy Sheriffs Activities League (DSAL). According to the grant, "Ta'leef [would] provide services for Muslim clients, both converts and individuals raised in the faith, as well as for people interested in exploring Islam," while "inmates identified as being at risk of radicalization by other ideologies" would be referred to case managers or a different, new program.

The Express found that the words "Muslim" and "violent" appeared 31 times each in the sheriff's proposal; "extremism" appeared 26 times; and "radicalization," 12 times. "White supremacists," by contrast, is mentioned only once. The application does not mention civil liberties.

Under the sheriff's proposal, Ta'leef would develop and implement a CVE curriculum and provide one-on-one counseling, while the DSAL would provide paid post-release internships to returning citizens. To develop police-Muslim relationships, Ta'leef would provide "Islamic sensitivity and cultural awareness trainings" for reentry case managers and sworn sheriff's deputies.

The sheriff's proposal cited the "Bay Area Muslim Study," a 2013 report published by the Institute for Social Policy and Understanding, to explain why the racially diverse and largely lower-income Muslim community of Alameda County, particularly incarcerated African Americans, could be susceptible to radicalization. Although there were "no investigations into violent extremism in the last three years from any source," the proposal stated that "we believe it is vital to be alert to potential threats from individuals who are already justice-involved as well as to develop respectful, trusting relationships with Alameda County's large Muslim population."

EPU was not among the 31 awardees granted funding under the Obama administration in January 2017. However, with the Trump administration's stated concerns with "Countering Islamic Extremism" and a purported rise in terrorism, then-Secretary of Homeland Security John Kelly released a revised list in June 2017 that included the EPU proposal.

CVE grants to law enforcement tripled under the Trump administration, and EPU is "clearly targeted at Muslims," according to a recent study by the Brennan Center for Justice, a law and policy institute at New York University.

After being contacted by Muslim civil rights leaders, Ta'leef withdrew from the program sometime between July and October 2017, according to interviews and an Express review of public documents. When the proposal first came before the county board of supervisors in August 2017, the sheriff's office pulled the item from the agenda without explanation. A nearly identical agenda item came before to supervisors in October 2017. This proposal had a different title and associated documents eliminated all direct references to Islam and Muslims. EPU also had a different community partner: The Mind Body Awareness Project, or MBA Project. According to a first quarter Program Performance report sent to Homeland Security, Ta'leef withdrew from the project and was replaced by MBA Project.