May 26, 2016
comment
Critics of taxing and regulating cannabis for adults like to say that ending prohibition is too big a risk to the nation’s youth. But scientific research continues to show that argument to be fallacious. Teen abuse and use of pot is falling in America amid record support for medical and recreational use laws.

The latest study released this week comes from the Washington University School of Medicine in St. Louis, which looked at 12 years of drug use data on kids ages 12 to 17. As medical cannabis and recreational laws spread, problem pot use by teens dropped 24 percent from 2002 to 2013. Kids also reported 10 percent fewer, not more, instances of pot use in 2012, than in 2002. 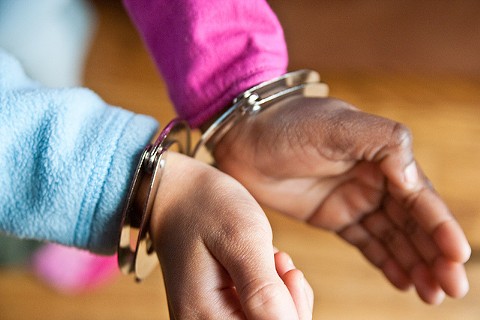 Opponents of pot law reform in California have said this Spring that they think legalization would increase risk to kids. Sen. Cathleen Galgiani, a police lobby-backed Democratic senator from Stockton issued a 'what about the kids’ statement' this May, reports show.

“It is a lie to say this will protect children. Proponents of this act want to tax and regulate marijuana and teach our kids not to use it. Absurd! Expanding the availability and access will increase adolescent use as it has in Colorado and Washington. … In the interest of public safety, environmental protection and the future for our children, defeating full legalization isn’t adequate. We need to roll back what exists …”

But those opponents really care about their own paychecks, reporter Lee Fang from The Intercept writes.

The biggest funders of opposition to changing California cannabis laws are the prison guard managers lobby, and the police chiefs lobby — two groups who benefit from the 700,000 Americans arrested each year for pot crimes. In 2014, police seized more property from U.S. citizens using forfeiture laws than the nation's burglars collectively stole.

“The membership of the CCSO opposes the full-blown legalization of marijuana,” Paul Curry, a lobbyist for the California Correctional Supervisor’s Association, told The Intercept. Curry said prison guard supervisors do not want to see a society that encourages pot use and said many of his members are grandparents who are concerned about their children.

Treating kids with psychiatric issues like anxiety, and depression — not expelling them from school for related pot use — could be improving American teens’ prospects, researchers found.

“We were surprised to see substantial declines in marijuana use and abuse," he said. "We don't know how legalization is affecting young marijuana users, but it could be that many kids with behavioral problems are more likely to get treatment earlier in childhood, making them less likely to turn to pot during adolescence. But whatever is happening with these behavioral issues, it seems to be outweighing any effects of marijuana decriminalization."

"Other research shows that psychiatric disorders earlier in childhood are strong predictors of marijuana use later on," Grucza said. "So it's likely that if these disruptive behaviors are recognized earlier in life, we may be able to deliver therapies that will help prevent marijuana problems — and possibly problems with alcohol and other drugs, too."

The study was published in the June issue of the Journal of the American Academy of Child & Adolescent Psychiatry. It used federal teen drug use survey data, and grant money from the National Institute on Drug Abuse.

The American Academy of Pediatrics as well as the American Medical Association both support cannabis decriminalization to spare children and parents the public health harms of the pot prohibition — which include the now-routine killing and maiming of children during police raids.

This year, the California Medical Association has endorsed the California legalization measure the Adult Use of Marijuana Act — on similar public health grounds. The CMA states:


[AUMA] includes safeguards for children, workers, local governments and small businesses and strict anti-monopoly provisions and the toughest warning label and marketing-to-kids laws in the nation. It provides hundreds of millions of dollars in annual funding – the highest level ever by any state in America – for youth drug prevention, education and treatment programs.