StudioToBe Is Everything but a Traditional Media Company

The new Oakland company will incorporate a co-working space, bar, and restaurant in the name of engagement. 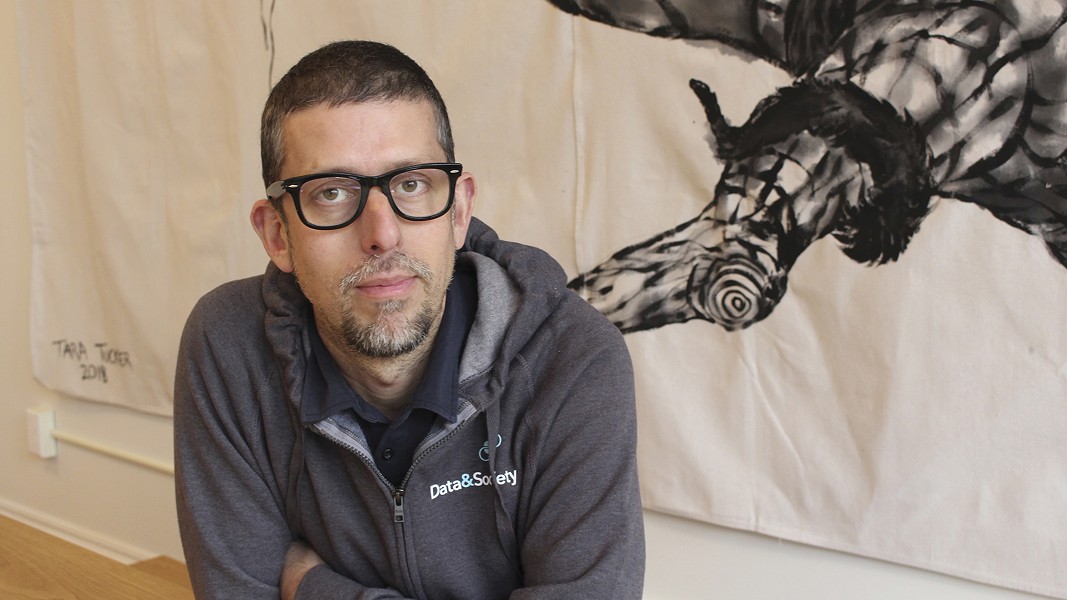 Donald Trump's election ignited a fervor around the importance of watchdog journalism, as a new wave of concerned citizens bought subscriptions to The New York Times and the Washington Post for the first time. Meanwhile, Joaquín Alvarado, most recently the CEO of the Center for Investigative Reporting, attended conferences and talks about the state of the industry with a more urgent political backdrop.

"There's a lot of hope out there that somehow investigative reporting would be the solution. I think it's much deeper — we're not one investigative story away from rebalancing how the country is doing," Alvarado said.

One thing has stayed with Alvarado: Poll after poll shows that most people don't subscribe to any newspaper, and if they do, it's usually the digital New York Times. Far more unusual is subscribing to a local newspaper, even at a time when there's a renewed energy about journalism.

"How many people are subscribing to the East Bay Times? Maybe you don't like the product, maybe you do, but people are not in the habit of paying for this stuff," he said. "There's no consumer culture around that. That has to come back. Otherwise, we get what pay we pay for. We're not paying for it, so there's not a lot of it."

Alvarado left the Center for Investigative Reporting to launch an ambitious media company in Oakland that he hopes will change the culture of paying for news in mid-size markets. Called StudioToBe, it's a multi-tiered, modular concept that combines local storytelling with a national production studio, a co-working space, and a restaurant.

"I'm very concerned about what's happening in this country," he said. "I feel like we need to change the economics for [journalism] and we need to double down on being in communities like Oakland."

StudioToBe is already open in the former Pacific Coast Brewing space in Old Oakland. It's light-filled and airy with a spacious back patio, small kitchen, and basement studios. Along with a founding team of Ken Ikeda, a former executive director of the Bay Area Video Coalition; Kristin Belden, a former chief of staff for the Center for Investigative Reporting; Kristina Loring, a former KALW reporter; and Cal Peternell, a longtime Chez Panisse chef, Alvarado is currently working out how exactly StudioToBe will, well, work.

Right now, StudioToBe's first national podcast, Cooking by Ear, is already being released every two weeks independently online. Each episode follows Peternell cooking with a special guest in real time. The idea, Loring explained, is that listeners can cook along with Peternell. He lists off ingredients and steps as you hear knives chop and onions sizzle until, almost an hour later, you have a finished dish. The first episode featured recent Academy Award-winner Frances McDormand learning to prepare asparagus and mushroom risotto. Much of the podcast involves McDormand and Peternell chatting about the similarities between cooking and acting — and how McDormand's husband, Joel Cohen, is apparently quite the pie baker — rather than Peternell instructing "stir the risotto" for 20 minutes. As the show's producer, Loring said it reflects her deep interest in interactive audio.

"There aren't a lot of podcasts that offer an opportunity for call and response," she said.

Next up, StudioToBe is working on two television shows with national audiences in mind. There's also another podcast in pre-production.

But the space will also be a co-working hub for journalists, with reporters from all media forms paying a membership fee to work at StudioToBe. Unlike other co-working spaces though, StudioToBe will also help support the journalists who work there, Alvarado said. "Some of them may have their own show ideas, and they might need some sort of network to partner with," he said. "We'll kind of facilitate and match-make."

The plan is for this community of journalists to reach 50 or 60, and some of them might get paid to work directly from StudioToBe. That's the next step. While StudioToBe's first productions are national in nature, Alvarado said he's committed to Oakland reporting as well. The plan is to identify one or two key stories to start with after holding a series of community events in the space, but also collaborate with existing media companies. (Full disclosure: StudioToBe reached out to the Express about potential collaborations in the future.) Within the next couple of years, Alvarado hopes to have 8-10 reporters — many of them likely freelance — focused on telling Oakland stories. That, of course, depends on funding.

Phase two for StudioToBe is to open a restaurant and bar within the office space — hopefully within the next six months. Peternell will use his Chez Panisse chops to spearhead the food program, while the beverage director has yet to be named. The purpose of the restaurant is two-fold: it's a retail space for consumers to feel connected to StudioToBe, and proceeds will fund reporting. "People choose certain restaurants for their values," Alvarado explained. "It can sustain teams for certain projects at a time."

The restaurant also provides an obvious venue for events, some of which will be community-oriented while others will also help fund journalism. StudioToBe has no outside investors, and it's not a nonprofit, which makes it very different from what Alvarado led at Center for Investigative Reporting. That was intentional.

"We are straight Oakland DIY-ers," said Alvarado, who grew up in East Oakland. "We don't have any venture capitalists backing us, and we may or may not be interested in that, frankly. I don't think those economic models have served journalism well. I think we need to reimagine how it's going to work."

Given the high failure rate of restaurants, StudioToBe's idea might seem risky or downright dumb to some. That level of pessimism is no surprise to Jeremy Rue, assistant dean at UC Berkeley Graduate School of Journalism.

"I think there's a knee-jerk reaction to always be skeptical," he said. "There are a lot of startups that go nowhere."

But Rue is excited about StudioToBe and doesn't think Alvarado's idea is all that unprecedented. In a sense, news reporting has always been subsidized by other parts of newspapers, such as comics, classifieds, and movie times. Now, all of those things have their own industries online. "Getting people to pay for news directly is not necessarily going to work, but another business subsidizing it might," he said.

Journalist David Cohn echoed Rue's sentiments. Cohn is no stranger to media innovation, having launched his own effort, Spot.Us, a nonprofit that fostered community-funded reporting before closing in 2015. He said the idea of a media outlet opening a restaurant is actually one that he's heard kicked around for a while.

"How do we make journalism be part of the local community? A local business, and that local business will subsidize and support the journalism," he said. "This concept is one I've always wanted to see personally, so that he's finally doing it is exciting. Win, lose, or draw, someone has to try that concept."

In Canada, the Winnipeg Free Press opened a "news cafe" in 2011, and it's still going strong. In addition to hosting live events, the newspaper assigns a few employees to work in the cafe full-time. According to a 2011 NiemanLab report, the cafe increased engagement as readers felt closer to a more transparent news organization.

For co-founders Ikeda and Belden, that engagement element is a crucial way StudioToBe will buck media trends. "The game has changed, and I think that means opportunity," Ikeda said. "We're not trying to replicate something rather than figure it out with a huge number of people in the community."

Ikeda added that a commitment to bringing on women and people of color — both of whom are underrepresented in the media — will spark new ideas. And he is very interested in new ideas. He mentioned the importance of product innovation, which could look like a breakfast sandwich wrapped in a news story. "I think to change things, you can't use the same game board, you have to invent a new one," he said. "Otherwise, the rules can't really change. You're limited by the structure."

Along the same lines, they're also willing to quickly drop ideas when they don't work. "We're all open to experimentation and seeing what resonates and pivoting when necessary," Belden said. "We're very fortunate we can be nimble in that way."

In the not-too-distant future, Alvarado wants to open StudioToBe branches in other underserved, mid-sized markets, likely starting with Fresno and Sacramento. The other locations will focus exclusively on local stories but also have their own visible, retail component.

Ikeda's hope is that StudioToBe helps change how people view journalists in general, not just as people who report stories, but as "remarkable assets to the community" and part of the creative class. That's why StudioToBe keeps its doors open, though Alvarado said he's still figuring out how to balance the desire to always be welcoming with the fact that journalists sometimes need quiet to focus on their work.

"What I want consumers or members of the community to understand is your engagement directly affects the ability for these stories to happen. That direct relationship is not clear enough to people," Alvarado said.

What would it take, say, for a high-quality documentary series to get made about an Oakland issue that people care about? "If we explain it to community members in a way where it's like, in order to get it, you have to pay something," he continued. "Will they? I think that's a question we need to explore."