In 2018, more people died in county's jails than in any year during the prior decade. 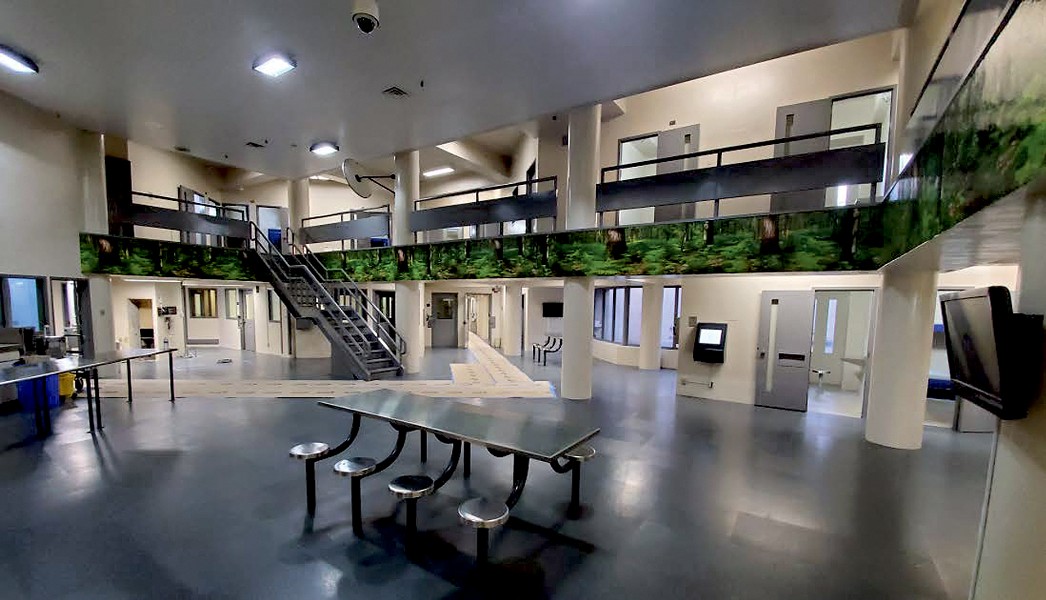 On the morning of Nov. 3, Karthik Kandaswamy was arrested for allegedly throwing shoes inside a San Ramon home and was charged with battery and resisting arrest, according to news reports. The 26-year-old former engineering student was booked into Contra Costa County's main jail, the Martinez Detention Facility. At about 11:30 p.m., he had a medical emergency and died, according to the county sheriff's office. The eventual diagnosis was acute cocaine toxicity.

Kandaswamy was the sixth person to die in jail last year in Contra Costa County. Two deaths were from drug overdoses, two were suicides, and two were from congestive heart failure, according to data released by Contra Costa County Sheriff David Livingston at a public forum earlier this month.

The forum was held to discuss the sheriff's office's interactions with Immigration and Customs Enforcement and whether it's complying with state law that limits cooperation between local law enforcement and federal immigration officials. But facing criticism over the high number of in-custody deaths, Livingston addressed that too.

"It's important to note that these numbers fluctuate year to year," Livingston said. "Obviously we would all like a zero count, zero deaths in our custody. Running the country's 37th-largest jail facility is a challenge."

The data presented at the meeting showed a wide variation from year to year, as the sheriff noted. The sixth deaths in 2018 were the highest number in the county in four years, according to Livingston's presentation. Asked how this compared to other counties, he said he couldn't answer and that he may never be able to find or collect that data.

"It would be a matter of calling all 58 counties and finding the right person in their coroner's office," he said.

In fact, in-custody deaths are closely tracked by the California Department of Justice, which publishes detailed data on its website. According to that data, the six deaths in Contra Costa County jails were the most since 2001, when there also were six deaths. There have only been that many deaths in Contra Costa County jails in a single year twice since 1981.

The Aug. 1 meeting attracted many public speakers who called for a new citizen's oversight body for the sheriff's office with subpoena power. They cited not only the high number of jail deaths but reports of inhumane treatment in the county's jails, including the alleged sexual assault of two inmates by a deputy who has since been terminated and is facing criminal charges.

Supervisor John Gioia said he supports creating a civilian oversight body for the sheriff's office, but noted that under current state law it could not have subpoena power, and since the sheriff opposes the idea he may not cooperate. A bill under consideration by the state legislature, AB 1185, would allow counties to create boards with subpoena power.

But Livingston said that all 58 sheriffs in California oppose the bill. He argued that he is already accountable to the state Attorney General, the county's civil grand jury and, as an elected official, to the voters. Livingston has run unopposed each of the two times he's been reelected.

In fact, the California Attorney General's Office issued a report earlier this year that confirmed allegations of poor treatment of immigrant detainees held as part of a contract with ICE in the West County Detention Facility in Richmond. The report contradicted an internal sheriff's office finding that the allegations were unfounded.

The investigation was spurred by reports in the San Francisco Chronicle that women housed there were subjected to excessive lockdowns, denied access to restrooms, and forced to defecate in bags. The paper also alleged that the detainees did not have sufficient access to schooling material or medical care.

The sheriff's office conducted an internal investigation and announced in December 2017 that "nearly all of the complaints were unfounded and unsubstantiated." The investigation did, however, uncover evidence of use of profanity by a staff member.

But the Attorney General's investigation substantiated many of the allegations. Investigators concluded that staffing issues had left detainees without restroom access so they had to use biohazard bags. It also found that the women weren't provided timely and adequate medical care. In fact, the sheriff's office had taken steps to alleviate some of these conditions prior to the release of the results of its own investigation.

At this month's meeting, Livingston also forcefully objected to a speaker's characterization of Deputy Patrick Morseman's sex with two inmates in the Richmond jail as rape. Morseman was fired and charged with four counts of sex with an incarcerated person.

"Someone got up here and called it rape, I'm expecting they'll be seeing a civil suit for that allegation," Livingston said. "It was not charged as rape and our investigation revealed it is not rape."

An attorney for the two women has argued that Morseman raped them. And an affidavit obtained by the East Bay Times said that a sheriff's detective found probable cause that Morseman committed rape under color of authority. Morseman reached a plea deal with prosecutors in July and is expected to be sentenced to house arrest and probation later this month.

As for the high rate of in-custody deaths, Livingston said that the sheriff's office is taking steps to prevent suicides in the jail. Of the 16 deaths in the county's jails since 2015, nine have been suicides.

Livingston pointed out that the rate of suicides in the jails is lower than the rate of suicides for the adult population in the U.S. as a whole. Still, he said the sheriff's office has added a new behavioral health module with bedding designed to be harder for inmates to use in a suicide attempt.

Supervisor Karen Mitchoff said that many suicides may not be preventable and it's impossible to understand the mindset of someone who is suicidal and commended the sheriff for the steps he's taken. "People unfortunately find ways to commit suicide; it's tragic, but you have taken an additional step to preclude their using their bunk," she told the sheriff.

Livingston, meanwhile, minimized the call for oversight, suggesting that the many speakers calling for more accountability from his department didn't represent the broader Contra Costa County community.

"Let's not let a group, every one of them is an advocate for some group, sway our primary focus, which is to the entire community, all 1.2 million of them," Livingston said.