But a Silicon Valley tycoon nearly put her Berkeley nonprofit out of business. 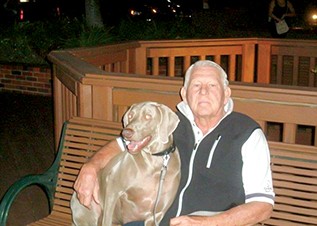 "If the tongue can't dial, there is no trial in this case," Del Pozzo quipped at the hearing.

The judge went on to accuse Bondesson of not cooperating with the Santa Clara County District Attorney's office. But her retained attorneys, from the Nolan Barton Olmos firm in Palo Alto, bristled at the suggestion, saying that prosecutors didn't relay key information like when Berg was no longer required to wear an electronic monitoring bracelet. The DA's Office didn't object to the bracelet being removed and never took steps to address continued harassment by Berg, they argued. Bondesson was suffering from post-traumatic stress disorder, they said, and the DA's Office didn't adequately take that into consideration, treating her contemptuously.

Bondesson told the Express that, in retrospect, she feels she never had the support of the DA's Office. Communication was difficult, and Bondesson felt that Filo never had a good handle on her case. "I had really good attorneys representing me. But I did not have the support from the District Attorney's office, or the Santa Clara County Sheriff's Office to keep Mr. Berg from continuing to harass me, my daughter, and people related to us," Bondesson wrote in an email to the newspaper.

Looking back, Bondesson thinks she made a mistake going forward with the criminal case against Berg. She said she would have left town immediately had she not had an infant daughter. She feared retaliation from Berg. "I regret ever showing up to the hearing in the first place," she said.

But it wasn't as if there was no evidence. Court documents reviewed by the Express reveal that the Santa Clara County Sheriff's Office took numerous photographs of the scene after Bondesson was found, showing her comforter covered in blood and urine, and the phone, leash, and dog collar next to the bed. There were photos documenting her injuries as well, showing her covered in bruises and her face caked with dried blood.

"None of that was shown to the judge," Taruc Canlas said. "So I thought that maybe in the preliminary hearing the whole history wasn't shown very well and that a civil suit could be Ellena's second chance in telling her story."

Then as Taruc Canlas prepared for the trial — her first jury trial — she started receiving some of the same strange emailed taunts that Bondesson said she had been receiving for years. "Please buy a new suit," Berg wrote in one directed at all three of Bondesson's attorneys, including Taruc Canlas (the Express reviewed copies of the emails). "Looked like you slept in your clothes last time I saw you. We will be exposing her as a mentally ill liar per judge del poso [sic]."

Taruc Canlas said Berg emailed her more than 10 times over the course of the civil case. "It's really weird for defendants to email the plaintiff's lawyers," she said. "It's not something that's done, especially because we're not allowed to respond. But he kept emailing us, and one of the things that he would say is, 'I'm going to sue you for malicious prosecution.'"

Taruc Canlas said that when she talked to jurors after the trial, she was dismayed when one juror asked her, "If it was so bad, why didn't she leave?"

She was incredulous at the suggestion — she's been working with rape and domestic violence survivors for a decade now and is fully aware of all the difficulties survivors have in leaving an abusive relationship: fear of retaliation, having nowhere to go, not having a support network to live outside of the relationship. She's become so immersed in the work that she doesn't even ask that question anymore.

But she forgot that she used to, and she forgot that the jurors would, too. "Even after the #WhyIStayed hashtag went viral, people still have a hard time grasping how dangerous it is to escape," she said.

In February, Berg sued the Alipato Project for malicious prosecution, alleging that no reasonable attorney would have taken Bondesson's case. He cited the judge's ruling in the criminal case, as well as evidence, including Bondesson's psychiatric history, previous statements she'd made to doctors that she had not been abused, and the fact that electricity had been used in the house during the two days Bondesson said she was chained to her bed.

Taruc Canlas countered that the suit was an attempt to impede her free speech and challenged it under California's statute forbidding lawsuits that seek to silence people. Taruc Canlas successfully argued that Berg's suit was an attempt to punish her and her client for exercising their Constitutional rights. But most of all she says the suit was meritless for one reason: She still believes Bondesson.

Throughout the criminal and civil cases, Berg talked extensively to a reporter from the San Jose Mercury News. But when the Express asked his attorneys if they will pursue any future litigation or would comment on the dismissal of the malicious prosecution suit, one of Berg's lawyers, Michael Crosby, provided only this statement: