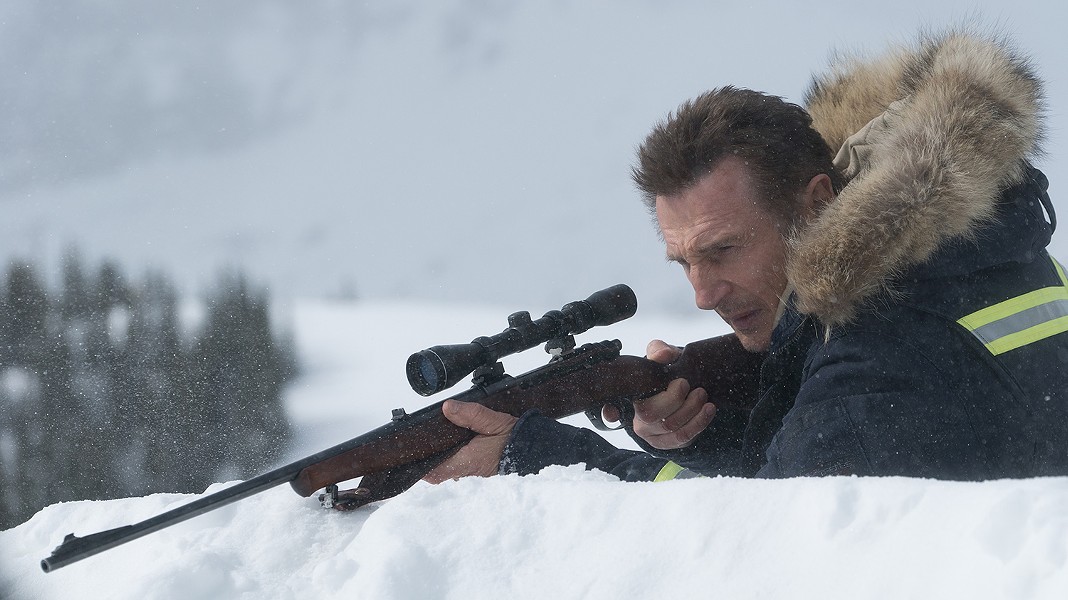 Stop me if you’ve heard this one before: A loved one of Liam Neeson is wronged by a group of foul and vicious people, whereupon Neeson tracks down the bad guys one by one. Denn he muss kill dem.
That facile formula has been a magic money magnet for all concerned. Such Neeson action items as the Taken series and Five Minutes of Heaven have simultaneously given the veteran Irish international actor a valid reason to forestall retirement, and made their producers rich. So it’s understandable, in a routinely venal way, to see why remaking the awful 2014 Norwegian thriller In Order of Disappearance might have made sense to someone. In the case of Cold Pursuit, remaking the earlier Euro-trash slugfest was an easy choice for Norway’s Hans Petter Moland, who directed the original In Order of. The idea being that what sold tickets in Oslo might also sell them in Oakland. Who says Europe is out of ideas?

Same setup, different actors. Working stiff Nels Coxman (Neeson, replacing the original’s Stellan Skarsgård) is a snowplow operator living outside the ski resort town of Kehoe, Col., with his wife (Laura Dern). When Nels’ unwary son (Micheál Richardson) is murdered by his cocaine-smuggling associates, Nels wastes no time looking up the offenders on his own. One by one, their corpses get sent over a frosty mountain waterfall. At about this point on the movie, the Dern character has had enough, and leaves — you might want to follow her lead.

As in the Norwegian version, the chief villain is a ridiculously snotty business bro (Viking, played by Tom Bateman). Aside from his misogyny, racism, cruelty, bad taste in interior decorating, and poor sense of humor, Viking is guilty of badgering his young son (Nicholas Holmes) ceaselessly. It’s a short-sighted strategy. The American version adds an angry tribe of Native Americans. Through it all, Neeson’s Nels trudges grimly on without changing his expression, the snowplows play their parts, eventually the remake also disappears, and all is quiet. A cold possum sandwich of an action pic.