I Do… Until I Don’t: Please Do 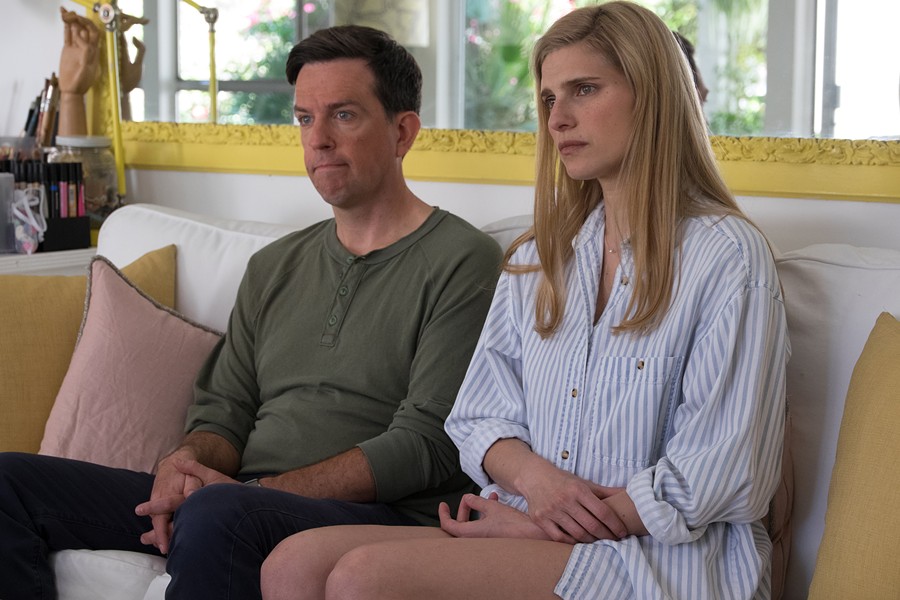 Jack Hill, the thrill-a-minute maker of such guilty pleasures as Spider Baby, Switchblade Sisters, and Foxy Brown, was once asked what specific genre of films he had always wanted to write and direct, apart from the lurid exploitation fare usually associated with his name. His answer: romantic comedies.

I was reminded of Jack Hill while watching Lake Bell's contemporary comedy of manners I Do... Until I Don't. Not because Bell's movie breaks new ground in rom-com subject matter (it doesn't), or even necessarily because her hyperactive cast of characters could conceivably fit into one of Hill's high-Seventies sagas of sex, mayhem, and vengeance (although they could). Strictly on the face of it, actress-turned-helmer Bell's lighthearted marital romp about a collection of dissatisfied, middle-class, 21st-century people in Vero Beach, Fla., bears little resemblance to Hill's elevated brand of grind-house fare from the Me Decade. Until it suddenly does, when we least expect it. That's part of the beauty of Bell's approach, but it's not the only admirable facet of her multilayered second feature as a filmmaker.

How many separate wedges can be driven into the relationships of three couples? Let's add them up. Alice (Bell) and her husband, Noah (Ed Helms), own an unsuccessful blinds and drapery business that is sliding into bankruptcy. They want a baby, but they're broke, so Alice grabs the first money-making proposition that seems workable, as a masseuse in a massage parlor. Uh-huh.

Bickering seniors Cybil (Mary Steenburgen) and Harvey (Paul Reiser), meanwhile, have lost that lovin' feelin' after years of marriage. Add to that the predicament of Cybil's grown daughter Milly (Hannah Friedman), who arrives at their doorstep "nine months pregnant." To take the edge off his discontent, Harvey visits Alice's massage parlor on her very first day. Even though the two characters don't know each other, we get the feeling they soon will. Uh-oh.

Elsewhere, Alice's hippie-dippy sister Fanny (Amber Heard) and her main squeeze Zander (Wyatt Cenac), a pair of New Age entrepreneurs, come to town with their own quirks, mostly having to do with the concept of open marriage. The unifying thread in this tangle of egos — the character that everyone readily agrees is a pox — is a visiting documentary filmmaker named Vivian Prudek (Dolly Wells from 45 Years). Vivian is in the midst of shooting her pompously serious investigation of outmoded social conventions ("Will you accept that marriage is dead?"), using the incautious Alice as an unpaid intern, and persistently prodding Alice, Noah, Fanny, Zander, Cybil, and Harvey to confirm her opinions on camera, whether they actually agree with them or not. Vivian promotes dysfunction, with absurd comic flourishes.

Writer-director Bell tucks into this feast of lifestyle distress with emphatic glee. The actors roll the dialogue in their mouths as if it were fine wine: "She smells like a combination of ear wax and oregano," is Noah's description of Fanny. The overriding subject, uniting every character in the large cast, is the elusiveness of sexual satisfaction. However, as in Bell's previous feature, the voice-talent comedy In a World..., her ensemble also operates inside a bubble of plugged-in professionalism (chiefly built around marketing and moviemaking), self-absorbed and fragile yet constantly, stubbornly working out their frustrations in a blizzard of dialogue.