March 19, 2015
1 comment
California Senator Barbara Boxer has signed on as a major co-sponsor to curtail the federal war on medical marijuana.

Earlier this week, Boxer decided to become a co-sponsor of the CARERS Act — a bill by Senators Cory Booker (D-NJ), Kirsten Gillibrand (D-NY), and Rand Paul (R-KY) that seeks to downgrade pot on the federal government’s official list of dangerous drugs; ease cannabis industry banking woes; and reform the government's biased pot research mission. Under the legislation, doctors working for the Department of Veterans Affairs could also recommend it for certain conditions.

While fellow California Senator Dianne Feinstein has been a drug war hawk and has focused on increasing penalties for marijuana activity, Boxer has generally been a supporter of medical cannabis law. 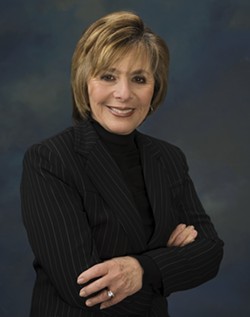 The Department of Justice under the Obama Administration has spent at least $300 million disrupting state-legal medical cannabis programs, an Americans for Safe Access study found.

A new poll shows that 61 percent of Americans are in favor of outright cannabis legalization, and support for medical cannabis is at 78 percent. Boxer announced she will not seek re-election in 2016.

Activists cheered the addition of a senator from California — the birthplace of the medical cannabis movement.

"Sen. Boxer represents the state that led the way on medical marijuana, and it's about time she took some action to defend the will of California's voters from federal interference. We would have expected her to do something on this years ago, but better late than never,” stated Tom Angell for MarijuanaMajoirty.com in an email. “A new generation of senators like Cory Booker, Rand Paul and Kirsten Gillibrand are leading the way on this issue, and it's nice to see that even some lawmakers who have been around for awhile are starting to notice which way the political winds are blowing. This is a sign that the dam is about to break. Expect more old-school politicians to get on board soon."