The Senate Committee on the Judiciary will hold a hearing Wednesday on the "The Surveillance Transparency Act of 2013," in response to the disturbing ongoing snooping of innocent Americans by the federal government. 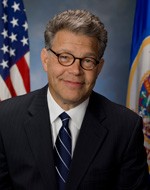 The National Security Agency is engaging in activities like: logging every phone call Americans make, tapping into the data centers of AT&T and Google, and generally perpetuating a surveillance state that would have been the wet dream of Adolf Hitler and the Gestapo.

Recent disclosures show the NSA and Drug Enforcement Administration has had warrantless access to logs of every call routed through the AT&T network since the '80s. They used the data to bust people like NorCal marijuana traffickers and others, then they lied to cover up the source of the leads.

The Transparency Act would: "allow the American public to engage in an informed debate about the merits of domestic surveillance — while protecting national security. It is supported by the American Library Association, the ACLU, the Center for Democracy & Technology, the Competitive Enterprise Institute, the Constitution Project, and Consumer Action, the Electronic Frontier Foundation, OpentheGovernment.org and Reporters Without Borders."