The industry leader shares her thoughts on tipping culture, boycotts, and solutions 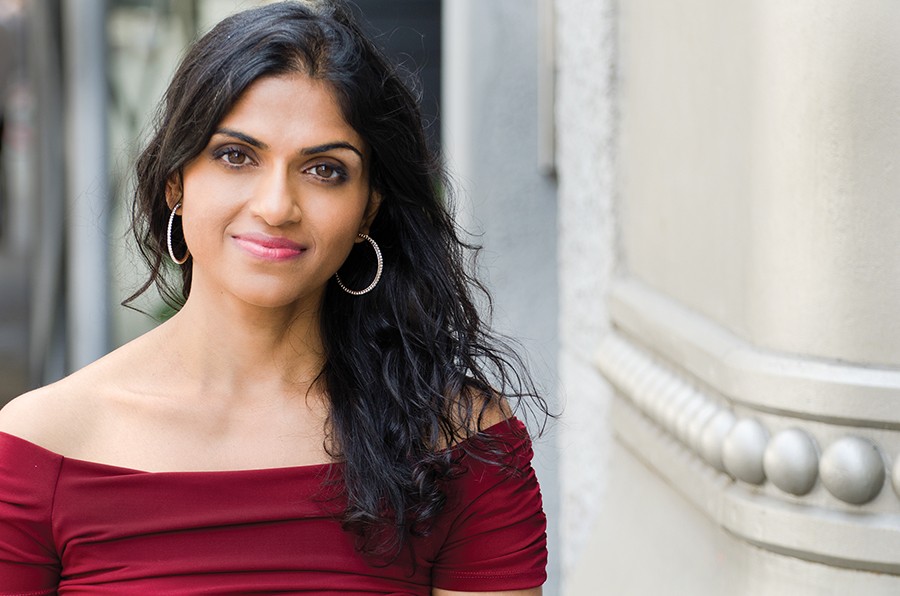 If there was any industry that was bound to have a #MeToo moment, it's the food industry. The field has the highest complaints of sexual harassment, and that's just official government complaints to the Equal Employment Opportunity Commission. Some 14 million people in the United States are employed by restaurants.

With this gravity in mind, we called Saru Jayaraman, whom some might recognize as Amy Poehler's date at the Golden Globes. She's the cofounder and co-director of the Restaurant Opportunities Centers United (ROC United), a nonprofit dedicated to improving working conditions for all restaurant workers. ROC United now has 25,000 members across the country and a local office in Oakland. Jayaraman is also the director of the Food Labor Research Center at UC Berkeley and has studied labor issues, including sexual harassment, for decades. ROC's goals include eliminating tipped minimum wage. It isn't an issue in California, but in 43 states, servers make as little as $2.13 an hour before tips.

A recent survey of 1,000 restaurant workers shows that 90 percent experienced sexual behavior in a restaurant that was scary or unwanted. We chatted with Jayaraman about how policy changes and customers can participate in changing this culture.

How does tipping culture contribute to sexual harassment in the workplace?

When people experience sexual harassment as a worker in a restaurant, where do they go to report it? Do restaurants have a human resources staff?

That's part of the problem — people are saying, "Oh, it's about having HR." Yes, that's important, but even with HR, there's still such an imbalance of power with their employers. Most women also don't recognize what they're experiencing as illegal and unethical because it's so a part of the culture of tipping and the way restaurants operate, where you've got a mostly female workforce in the front dependent on pleasing guests and a mostly male workforce in the kitchen, who know they have power over those women who are dependent on pleasing the guests.

There are huge chains with HR departments with a supposed zero tolerance policy for sexual harassment. ... There are so many women who complain and get fired. A true zero tolerance policy would mean that anybody — customers, employees, managers — would be kicked out for inappropriate behavior. And that the customer is not king.

In the Bay Area, we've got some high-profile cases like Charlie Hallowell (Pizzaiolo, Boot & Shoe Service, and Penrose) and Jeremy Tooker (Four Barrel Coffee). When something like this is made public, there's usually some apology and some action. Then what happens? How can people be held accountable and what can people do to show support for the workers there?

We say, keep eating at the restaurants and keep communicating your values to the managers and employers. Communicating to workers is not going to do much because workers have very little power. Support the workers by continuing to eat there, and then communicate that you want to see change to the managers. ... A lot of restaurants, including in the Bay Area, are coming to us at ROC and asking for help to change their practices and to improve their systems. That's really new and welcome and incredible. We need consumers to help. You can even do it now. Encourage your favorite restaurant owners to contact us and work with us to join our High Road employer association. Daniel Patterson (Coi, Alta, LocoL) and Erin Wade (Homeroom) are two of 500 restaurants around the country who are a part of this association. We're launching a consumer campaign in a few months to help consumers encourage more restaurants to do what a couple of really great employers have done with us.

So, even in situations where the owners are the ones accused of egregious acts, the public should continue to go to the restaurants? That seems counterintuitive, especially when the general consensus seems to be "boycott."

A call for a boycott has to come from the workers. That's our bottom line principle. Let it come from the workers, even, frankly, with restaurants with egregious offenses. We don't solve these problems by not going to the restaurants. It's easy for consumers to choose somewhere else to eat. Our power is not just where we spend our money, but our voice. We need to engage in a more proactive way by communicating our values in order for things to change. Consumers need to follow the workers' lead on these issues. ... I think there should be a restorative justice process in which, absolutely, they are held accountable, and part of being held accountable is having them commit to the process of a very proactive transformation in their restaurant.