In The Mere Future, the New York author emerges as a unique voice in speculative fiction. 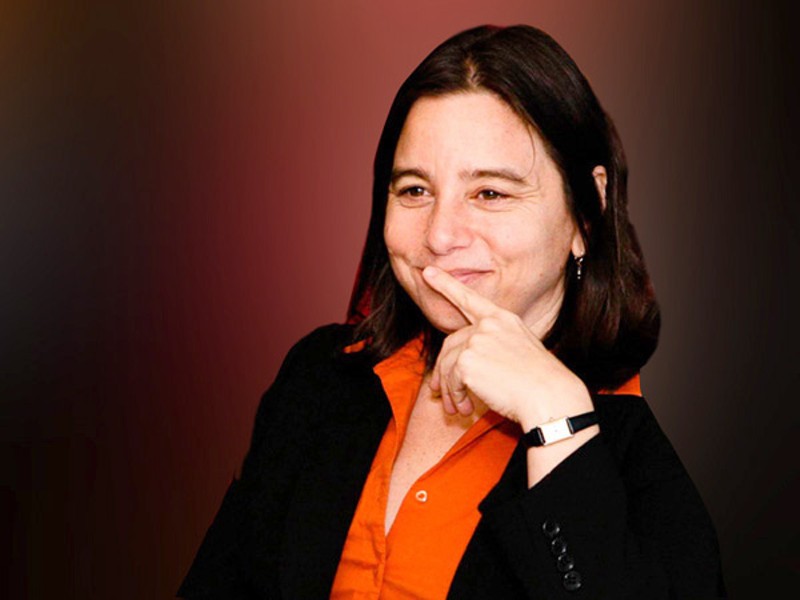 This is the universe of Sarah Schulman's near-future New York City: Marketing is ubiquitous and insidious, showing up in all corners of people's lives. An idealistic, ambitious mayor has been elected based on a combination of cult of personality and a progressive platform — which, in this case, includes eliminating poverty, enacting radical rent controls, and ending joblessness. The future is bright — and then it isn't, as the new regime's fissures slowly begin to appear.

It'd be easy to turn The Mere Future into some kind of hyper-zeitgeisty, highly satirical parable for the Obama backlash — except the novel was actually finished in 2000, and the timing is entirely accidental, if serendipitous. "When I started this, it was far into the future," said Schulman, who reads on Monday, November 14, at Pegasus Books Downtown (2349 Shattuck Ave., Berkeley). "Now, it's like five minutes from now: Electing this utopian politician who's going to save everybody, and then they start doing some things that people don't agree with, the shifting of marketing from the street to the home — all that's now firmly in place." What may have been far-fetched at the height of the Bush era and in the relatively early days of the Internet is now looking more like reality, and a novel that may have once been too out-there today looks remarkably prescient. That's fine by activist and writer Schulman, who watched the book — her tenth novel — languish without a publisher for a decade before being picked up by the Canadian publishing house Arsenal Pulp.

"I couldn't get it published for the longest time because it was too innovative," Schulman said. Indeed, The Mere Future eschews convention at every level — starting with its sentences, which read like a patchwork of advertising slogans, abstract images, and stream-of-consciousness observations that Schulman likens, aptly, to channel-surfing. Altogether, the book has more in common with poetry than with the straightforward, linear, plot-driven narrative that tends to guide dystopian novels. It's by no means an easy read, but that's kind of the point: "If you're writing a novel about the future, you can't write it in the language of the past," Schulman said.

"The idea is, the form of the book represented its contents." That was a challenge for prospective publishers, even if it makes for a more interesting novel. "I think we confuse quality with familiarity," Schulman said. "And the industry doesn't allow it in the hands of the readers until it's recognizable. It's kind of like, what's the difference between art and entertainment? Entertainment tells you what you already know, but art expands your view." It's clear which camp Schulman believes she falls into. "This book just really asks you to think and read," Schulman said, "which is sometimes a new concept." Or forward-thinking, you might say. 7:30 p.m., free. 510-649-1320 or PegasusBookstore.com