San Jose’s de facto ban took effect July 18, the last day for the Silicon Valley Cannabis Coalition to turn in more than 60,000 valid signatures from registered San Jose voters. Enough valid signatures would have triggered a vote of the people to remove the most onerous parts of the new law.

“The initiative’s backers turned in signatures to the City Clerk’s office on Friday afternoon. But city officials announced this week that the group came up about 10,000 short of the required number of valid signatures needed to make the ballot,” MMJD reports.


"At some locations, 75 to 80 percent of the people who told us they were registered voters actually weren't," said Hodges, who owns the All-American Cannabis Club in San Jose.”

“The vast majority of the city's 80 dispensaries will have to close by July 2015 under regulations — approved by the City Council last month — that limit pot clubs to less than 1 percent of the city's parcels. A few dispensaries near homes already have shut down.” 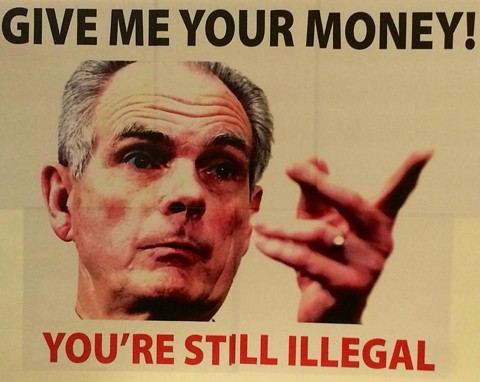