Matt Rutherford will sail from Oakland to Tokyo in an attempt to take one of the largest surveys of plastic in the ocean. 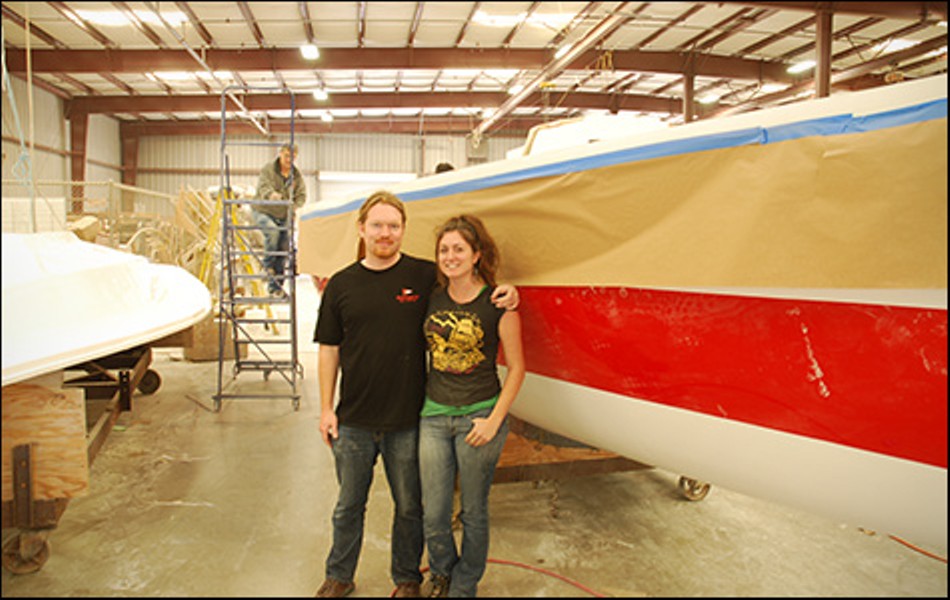 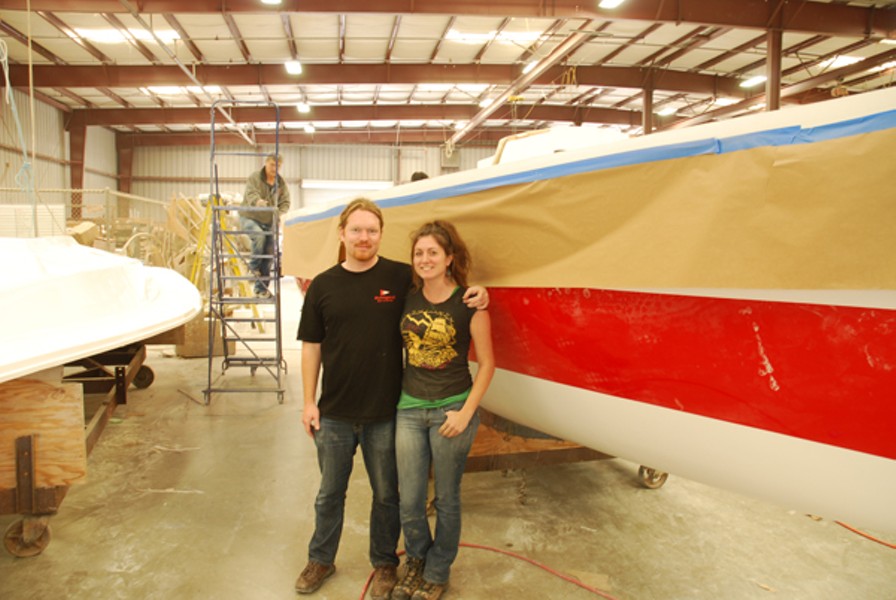 On Matt Rutherford's first sailing trip, from Maryland to the Florida Keys, he encountered three hurricanes (his boat ran aground and was even struck by lightning). Undeterred, he continued sailing, and eight years later became the first person to make a solo, non-stop sailing trip around North and South America.

Now, Rutherford is taking on a new challenge. On Sunday, April 13, he and Nicole Trenholm, field operations scientist at his nonprofit, the Ocean Research Project, will attempt the longest continuous marine plastics survey in history, starting from Oakland and ending in Japan.

Originally from Ohio, Rutherford did not grow up sailing, but he always had the travel bug. "I used to study maps and it just hit me that about 80 percent of the countries in the world are connected by ocean," he said. "If I were to get good at sailing, then I could go almost anywhere on a small budget."

After his first journey to the Florida Keys, he sailed from Annapolis to Europe to West Africa, and then decided to navigate the hazardous Northwest Passage in the Arctic Ocean. At the time, Rutherford was volunteering with a Maryland sailing program for people with disabilities, and he wanted to use his trip to fundraise for the organization. He realized he would raise more money with a more ambitious journey, so he decided to attempt an expedition no one had ever completed before — sailing non-stop around the Americas.

What he observed during his trip inspired him to start the Ocean Research Project in August 2012. "I saw so much plastic junk out in the ocean — buckets and crates — it got so frustrating," he said. His organization's mission is to collect data on environmental problems in the oceans.

Last June, Rutherford and Trenholm spent eighty days collecting plastic debris in the North Atlantic "garbage patch," an area of the ocean inundated with plastic debris due to a slow-moving circular current. Now, they plan to conduct similar research in the Pacific, where they will trawl for plastic and analyze the samples in order to compare the presence of plastic in the Pacific and Atlantic oceans and grasp the extent of the problem.

Rutherford's goal is to collect data for scientific research, but he also wants to educate the public about the problems created by plastic waste in the ocean. To that end, he will film the expedition for a documentary, and he and Trenholm also plan to correspond with middle school students in Annapolis while on their journey, updating them on their findings.

Before setting sail, Rutherford will discuss his trip around the Americas and his marine plastics research at two seminars at the Jack London Market Building (55 Harrison St., Oakland) during the Strictly Sail Pacific Boat Show, the West Coast's largest all-sail boat show, which starts on Thursday. He hopes to promote his upcoming expedition, and also to motivate others to become invested in this environmental cause.