City officials have slowly worked to bring a massive illegal marijuana warehouse into compliance, and the mayor's family has a financial stake in its success. 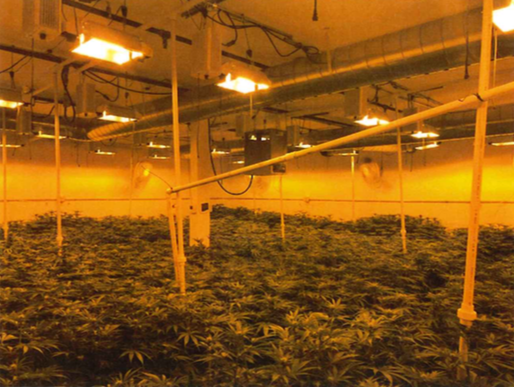 Two years ago, Richmond decided to try to bring the dozens of illegal cannabis facilities in the city into compliance rather than shut them down. The policy — spearheaded by Richmond Mayor Tom Butt — was an effort to place the city at the forefront of the new cannabis market, repositioning the city's light industrial district as a cannabis cultivation and manufacturing center by allowing the issuance of an unlimited number of cannabis permits there.

"I've said consistently that we need to bring them into compliance," said Mayor Tom Butt, discussing the prevalence of illegal cannabis cultivators in the city. He said new revenue from Richmond's 5 percent cannabis tax could be used for public safety, transportation, and recreational purposes. It could also shore up Richmond's long-term budget deficit.

But the mayor himself and his sons have also profited from the push to make illegal cannabis grows in the city compliant.

In June 2017, an inspector with Richmond's Water Resource Recovery Department stumbled upon a large illegal cannabis grow in a warehouse on Hensley Street, in the city's light industrial district. The grow was unpermitted by the planning department, and none of the six businesses running the operation had cultivation licenses from the state.

In many cities, such a discovery would result in an immediate shut down and potentially fines against the operators and building owner. But in this case, a multi-departmental team of city officials worked to bring the grow into compliance while it was allowed to continue operating. And the mayor and his two sons helped in the process.

Daniel Butt, an attorney who is the mayor's son, and James Lee, the president of the Richmond Chamber of Commerce, worked to incorporate Great Farm Development, a company that was formed to help the Hensley Street cannabis growers seek permits from the city.

Andrew Butt, Daniel's brother, is vice-chair of the city's planning commission, which is in charge of approving cannabis grow warehouse applications in the city. (His father appointed him.) He also stands to financially benefit from the Hensley Street grow, as he is the vice president of Interactive Resources.

Tom Butt also received a large campaign contribution from the owner of the Hensley Street warehouse, Wang Brothers Investments, shortly after it was first identified by city inspectors as an unpermitted facility.

Mayor Butt said that he and his sons haven't done anything wrong by helping bring the grow operation into compliance. Instead, he said that the city as a whole stands to benefit from bringing unpermitted grows into compliance.

But the role of the mayor's family and James Lee in the Hensley Street warehouse raises questions about whether city officials should get personally and financially involved in the booming cannabis industry — an industry over which they have new policy-making and permitting powers. (With the passage of the Adult Use of Marijuana Act in 2016, cities were granted authority to regulate commercial cannabis as they saw fit, but the law made it clear that cultivation without a state license is illegal.)

It is uncertain how long the Hensley Street warehouse was used to grow cannabis, but records and sources familiar with the operation suggest that it had been running since at least 2016. By July 2017, the fire department had inspected the warehouse and identified multiple safety violations, according to fire inspection records. Hazards included open electrical junction boxes and dangerously strung extension cords. The building also lacked permits and business licenses for cannabis cultivation. As a result, the warehouse was red-tagged for closure.

On July 21, 2017, Eric Mendoza-Govan, a fire department inspector who is now Richmond's fire marshal, emailed the property's manager, Michael Yu, regarding the "illegal cultivation operation being conducted at 1170 Hensley." Mendoza-Govan explained that the city red-tagged the building and that growers had two days to remove the plants, according to city records obtained by the Express.

But they didn't. Mendoza-Govan found evidence of continued operation over three subsequent inspections. During an Oct. 26 visit, he not only discovered new plants being grown, but also ran into Lee, who, aside from running the city's chamber of commerce, also sits on the city's economic development commission. Lee was appointed to the economic development commission by Mayor Butt in 2016. According to Mendoza-Govan's notes, Lee told him that he was under the impression the city and the growers had "come to an agreement" that allowed for continuing operation.

In effect, Richmond's fire department was being ignored.

When approached for comment about this matter, the fire department directed the Express to the city attorney's office. The city attorney declined to comment.

Lee said in an interview that he was approached by the growers, whom he described as Chinese immigrants who couldn't speak English, after they had been "taken advantage of" by a previous master tenant who offered to help them through the CUP process. Despite having no previous experience in the cannabis permitting process, Lee said he offered to connect them to the right people in the city.