A group of artists, hackers, and other creative people have launched Omni Commons, a new community resource center in North Oakland that they hope will be an antidote to gentrification.

A mural on the wall of Rise Above Graphics art gallery in Oakland's Temescal district portrays a chilling scene. A crane and wrecking ball stalks a portrait of Rise Above itself as the gallery hovers, ghost-like, above its foundation. To the right are clustered, almost dystopian, high-rises, each labeled "condo," with ever-gazing security cameras.

Sadly, the mural is a portrayal of its own fate: The wall — and Rise Above Graphics — is slated to be demolished and replaced by real condos.

The mural was a collaboration by J. Otto Seibold, an Oakland artist, and Gabriela Laz, owner of Rise Above. In July, Rise Above's landlord served Laz with an eviction notice while Seibold was holding a show at the gallery. Laz and Seibold learned that a developer planned to demolish the Rise Above building and at least one other building nearby as part of a plan to build three high-density residential projects.

"I wanted to publicize everything that's happening on this corner," Seibold said of the mural. "It's gonna be torn down and turned into condos."

Laz said she was devastated by the thought of leaving Temescal, a neighborhood known for its creative energy. But moving to another storefront in the district was out of the question. Temescal has become one of the hottest real estate markets in the Bay Area, and rents have become unaffordable.

"The artists that move into the neighborhood and work to make it interesting actually end up ruining it in a way and making it something people can't afford," Laz said. "I think it's sad, but what can you do? It doesn't seem stoppable."

Last May, The New York Times reported that Oakland had become a "welcoming oasis" for artists, citing Temescal as a prime example of the city's potential for "top-flight creative capital." However, the longterm viability of that creative capital in Temescal is already in jeopardy. A rash of small businesses in the area — including Good Bellies Cafe, Rise Above Graphics, and Smokey's Tangle — either have been shuttered or fear being priced out by rising rents or the construction of new housing developments.

The three new projects are being built by the Nautilus Group, an Oakland-based firm that recently relocated from Southern California. The three sites — on 51st Street and Telegraph Avenue, 47th Street and Telegraph, and 48th Street and Shattuck Avenue — are to become mixed-used complexes of retail and housing. And while Oakland needs more housing, some local residents and business owners fear that the new condo complexes could ruin the neighborhood's character. 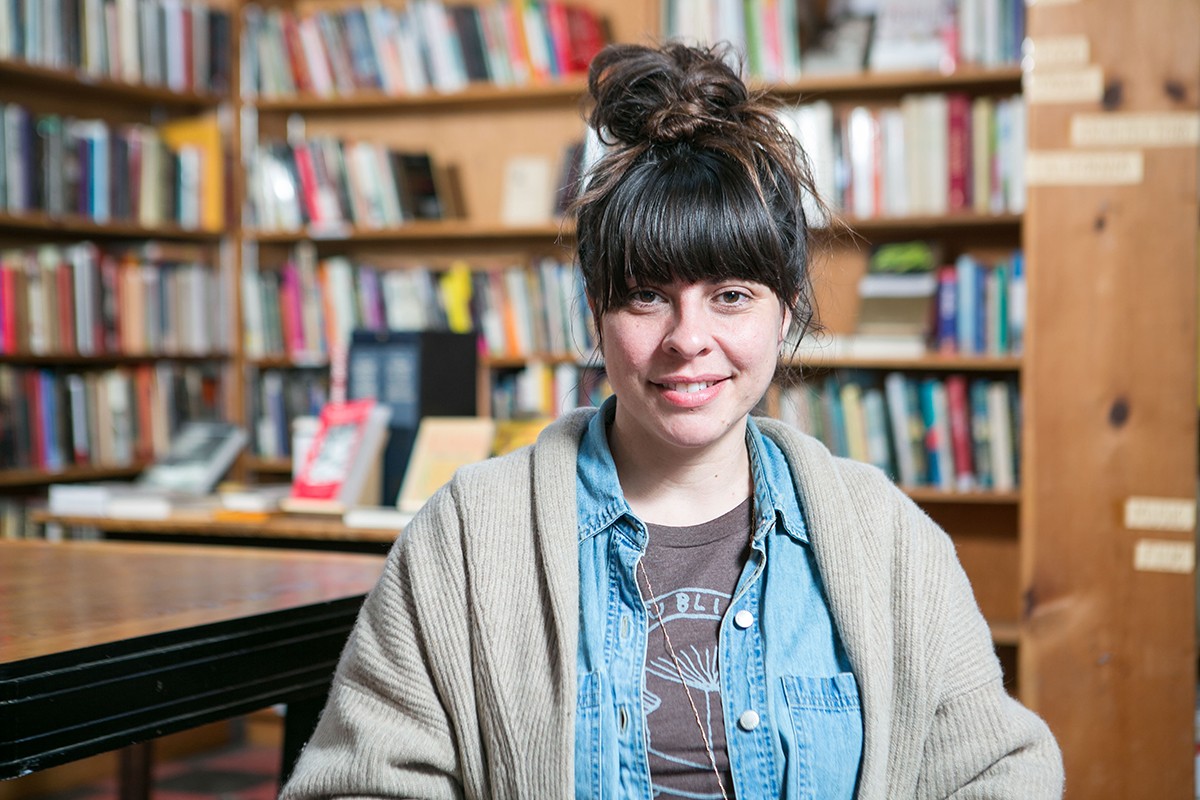 However, not long after Laz received the eviction notice, she said a sort of miracle happened: She was approached by two organizers from Omni Commons, a self-styled "radical community resource center" that had just moved into the former rock venue on Shattuck at 48th. The two organizers explained that part of the mission of Omni Commons, which is made up of many artists, hackers, dancers, educators, and other creative people, was to keep the area's artistic character alive and to provide an antidote to gentrification. They offered Laz space at Omni Commons at an incredibly low rate.

She accepted. "I'm so grateful; I feel like the Omni really rescued me," she said. "Hopefully, the Omni will be a stronghold for people in the community and culture in the area."

Omni Commons is one of the largest and most ambitious projects for arts, science, and activism in the Bay Area. It's an effort by a group of multidisciplinary collectives to pool creative and political resources into a free public space in a building that has stood in Temescal since the 1930s. For some members, it's a solution to the out-of-control rents currently threatening the creative life of the Bay Area. For others, it's an overtly political continuation of the Occupy Movement that seeks to challenge cultural assumptions associated with capitalism. And for Temescal stalwarts and creative types, it could be a uniting force in response to the new, high-density developments.

The Omni Commons collectives include the hackerspace Sudo Room; the autodidactic university The Bay Area Public School; the bio-hackerspace Counter Culture Labs; the activist group Food Not Bombs; the celluloid film lab Blackhole Cinema; the small press Timeless Infinite Light; and La Commune Bookstore & Café, in addition to others specializing in dance, visual art, music, health, and grassroots activism. The commons represents the most recent iteration of Bay Area counter-culture as well as an odd, startup-like manifestation of the oft-cited Bay Area culture war — one that seeks to reclaim terms co-opted by Big Tech, to challenge the "dominant culture," and to become a stronghold for arts and common folk in Oakland.

Just after the 1906 earthquake destroyed San Francisco, droves of Italian-American refugees settled in Temescal, transforming the neighborhood into Oakland's "little Italy." Many of the Italians found work as "scavengers," collecting trash on horse-drawn wagons and eventually organizing into formal, often competing, groups.

One such group was called the Oakland Scavenger Association (which would decades later become Oakland Waste Management). At the time, the association's business model was relatively unique: Every worker owned a share of the business, which made the Scavengers, in many ways, the East Bay's first cooperative. But they wanted a place outside of work to meet, host dances, play bocce ball, and make wine. So, in 1934, they built the Ligure Social Club. 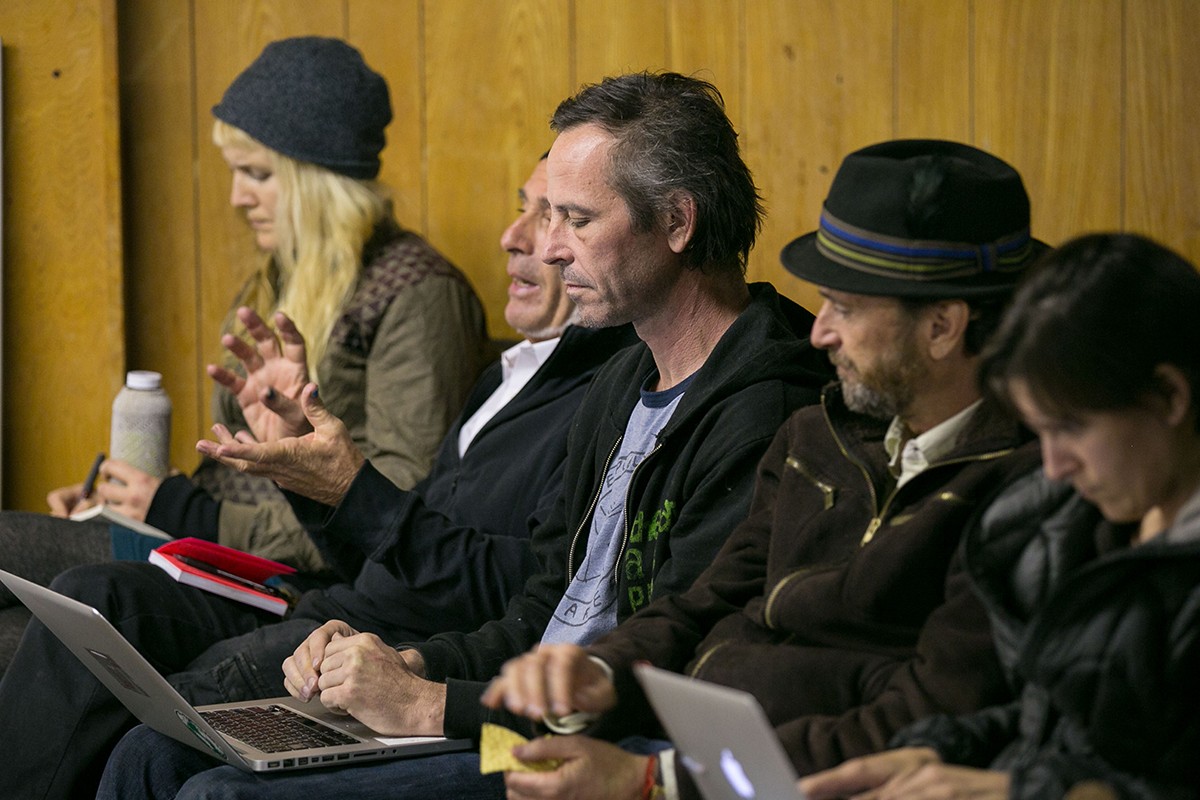 It was a Spanish Colonial building with stucco walls, mission-tiled gable roofs, and two main wings that lead into a two-story octagonal tower. Inside, it had checkered floors and high ceilings, a basement for wine, and courts for rolling bocce. The building also had an amphitheater, which hosted political speeches by major politicians of the time, including then-Alameda County District Attorney Earl Warren and then-US Congressmember Richard Nixon.