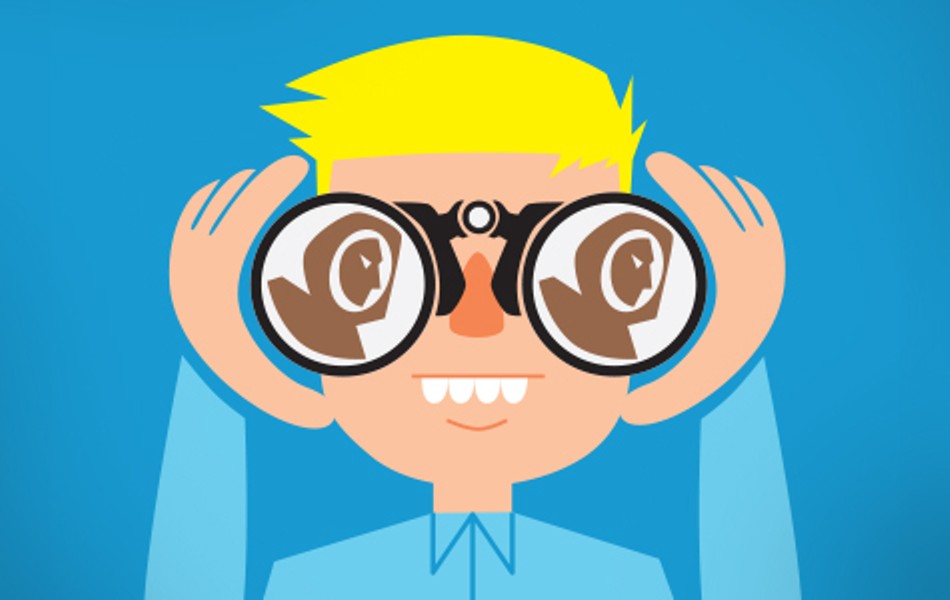 From his posts on Nextdoor and his comments during a phone interview, it's clear that Bartlett views the discussion about profiling as something of an annoyance that unnecessarily clogs up the site's newsfeed. In shutting down the post on BART profiling, he wrote that he couldn't permit everyone to post about their "favorite axe to grind." And once in response to a post about a "super shady-looking dude," Bartlett responded: "Not to start a race war, but what skin color was he?" After immediately deleting one of Porter's posts on racial profiling, he wrote a message to her that said: "If these posts continue, you will be reported to Nextdoor."

He told me by phone: "There is definitely, in our neighborhood, a specific group that is pretty aggressive at being the political correctness police." He acknowledged that "our neighbors tend to be more suspicious of African-American people," but said that given the frequent complaints about profiling from Neighbors for Racial Justice, "the consciousness in our neighborhood is pretty high."

When I asked Bartlett — who is also the lead organizer for his local private patrol group — how he felt about the concerns from families of color who fear that Nextdoor profiling and the presence of guards is a toxic mix, he responded, "I think it's paranoia."

In the early days of Nextdoor, the company did not envision that the site would be used for public safety and crime prevention, said Grady, the company spokesperson. "We've really seen Nextdoor evolve into the virtual neighborhood watch," she said, noting that she often hears about new members joining specifically because they are concerned about safety and want to share and receive information about criminal activity. From the start, the philosophy of Nextdoor was that residents would drive the creation and growth of their neighborhood sites — with residents founding their local groups, inviting other neighbors to join, writing about the topics that most interest them, and self-moderating controversial posts and discussions. "What people love about Nextdoor is it's a very democratic platform," Grady said.

When it launched, Nextdoor published "guidelines" stating that users should refrain from publishing profanity or discriminatory posts. And in April of this year — in response to growing concerns about racially prejudiced comments — the company added a specific guideline that users should not post anything that could be perceived as "profiling." Buried in an FAQ section, the company defines profiling as the "act of making assumptions about a person's character or intentions based on their appearance or identity rather than their actions." The Nextdoor "leads" are in charge of interpreting and enforcing the guidelines, and users can contact the company if they are unhappy with a lead's actions — or inaction.

For more than a month, Neighbors for Racial Justice has complained to the company about Bartlett, the Oakmore lead. At one point in August, a Nextdoor representative agreed that Bartlett's deletion of posts about racial justice was inappropriate, writing in a direct email to one of the members: "We deeply appreciate you [bringing] this to our attention as we take issues of lead abuse very seriously." That Nextdoor official went so far as to remove Bartlett as a lead. But emails show that, later that same day, the company backtracked and restored his status with little explanation.

"He just allows these [racial profiling] posts to fly, and anytime we challenge that or any neighbors say 'I feel endangered by this,' he shuts it down," Porter said of Bartlett. She was particularly frustrated when a Nextdoor representative responded to her complaints with a message critiquing her posts in the group, writing, "I'd definitely encourage you to use a bit more tact while communicating your points to neighbors."

Last week, after much back and forth, Nextdoor agreed to make Mitsu Fisher a "co-lead" of the Oakmore group alongside Bartlett, according to Fisher.

Grady said the company takes concerns about racial profiling seriously and that Nextdoor is considering possibly requiring new members to sign an agreement saying they will abide by its guidelines. But she also said she believes that members tend to speak up about racial profiling when it occurs. "We're starting to facilitate a lot of really healthy conversations on racial profiling," she said. She further said that the company rarely receives complaints about profiling from users, noting that 0.25 percent of all posts are flagged as abusive (which could be for a wide variety of reasons, including profiling).

But the advocates with Neighbors for Racial Justice, along with experts on racial profiling, said Nextdoor can and should do much more. On a basic level, the company could post clear and strongly worded warnings directly in the Crime and Safety section stating that it will not tolerate any profiling. The company could also take a more active role in deleting offensive posts or banning users who continue to engage in profiling after they've been warned. Activists further suggested that the company require neighborhood leads to participate in basic training on profiling and how to moderate comments.

OPD — which Nextdoor says has been one of its most successful municipal partners — has also emphasized that it does not want to get calls about suspicious people who aren't actually doing anything suspicious. Bolton, the lieutenant who spearheaded the Nextdoor partnership, noted that he has heard officers responding to calls for service ask, "Why, exactly, am I going to this call? You haven't given me anything. ... What do you want me to do with this?"