"Quiet Storm" Brand May Dissolve in Wake of KBLX Sale

Perhaps the most conspicuous change at beloved local R&B station KBLX is the absence of morning show host Kevin Brown — aka "Your Cousin Kev" — who also served as the station's program director. That, and station announcements touting "the new KBLX" clued most listeners into another tectonic shift in terrestrial radio. For months, rumors about a possible change in ownership had burbled throughout the blogosphere, and a few weeks ago they were confirmed. KBLX, one of the only black-owned commercial radio stations left in the nation, had indeed been sold to Entercom, a Pennsylvania-based broadcast conglomerate that operates more than a hundred stations in markets throughout the US, vying with three other kingpins (Clear Channel, Cumulus, and Citadel) for control of an increasingly narrow constricted FM radio domain. 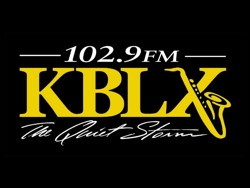 What exactly this means for Bay Area R&B radio is largely a point of conjecture, though the sale has stirred a lot of apprehension among music promoters, local musicians, and fans of the old KBLX. The station was well known not only for its on-air personalities (most of whom survived the sale) but also for hosting Sunday brunches at Hotel Nikko in San Francisco, usually featuring local musicians or event producers as guests. Though the R&B format hasn't really changed, judging from playlists this morning (which included songs by Maxwell and Mary J. Blige), it's unclear whether KBLX will retain its role as a community booster, of sorts.

News of the sale frightened some listeners enough to create online petitions and Facebook pages devoted to saving KBLX, though it appears that some of them have been retracted, in light of reassurances from Entercom brass that the sale won't inhibit KBLX's mission of bringing R&B and smooth jazz to Bay Area audiences.

That said, it could also be a sign of devastation for black radio. KBLX's former owner, Inner City Media Corporation, filed for Chapter 11 bankruptcy after creditors claimed the company owed $254 million, according to reports from New American Media. The company had owned 15 stations, 6 of which were geared to African-American audiences. That led broadcast watchdogs to question whether stations can sustain a profit margin by offering "urban" programming, which warrants consideration in the Bay Area, where similarly-formatted smooth jazz station, 103.7 FM, saw its demise in 2009 — it's now owned by Clear Channel and plays classic rock, exclusively.

As of Monday, "Your Cousin Kev" will be replaced by nationally-syndicated host Steve Harvey, an actor and comedian based in New York City. While Harvey is well-established among African-American audiences, there's no doubt he'll have little connection to the Bay Area music scene. BeyondChron blogger Harrison Chastang speculates that the "biggest winners" will be other local black stations (none of which are technically "local" in any sense other than their frequencies and/or the placement of their transmitters) such as "urban old-school" station 98.1 KISS FM, and 106.1 KMEL, both of which are owned by Clear Channel.