Tomwsulcer via Wikipedia Chard is in season.

So it turns out that Bartavelle, recently reviewed by food-column super sub Cynthia Salaysay, really is all that — not that I ever doubted it. My favorite thing: a boiled egg, the yolk well salted and straddling, just so, that elusive line between hard and soft. — Luke Tsai

Stop the presses guys, CHARD IS IN SEASON. (well actually, it's in season most of the year, and available basically year-round, but whatevs, it's especially delicious in winter when most other vegetables are all gross) Here’s one of my favorite recipes. — Ellen Cushing

I suck at eating vegetables, so I've been on a smoothie kick. However, I do NOT recommend eating an entire blender's worth of a green smoothie in one sitting. — Kathleen Richards

Fauna is my new favorite DTO bar. The drinks are strong and delicious (try the Dial D for Derby, and the gimlet is pretty good too), and the crowd isn't obnoxious. — K.R.

Looking forward to seeing Sound City, the documentary about the famed recording studio, which screens one day only (Thursday, January 31 at the Landmark Shattuck). — K.R. 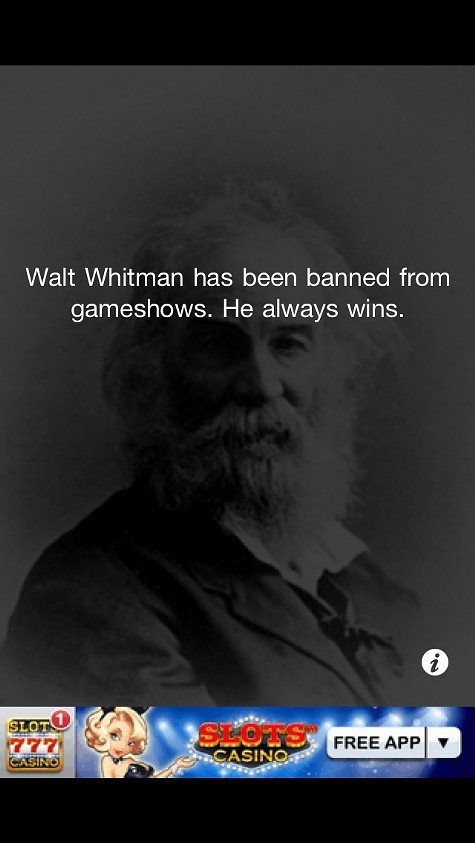 Just in case you weren't already completely fascinated by and obsessed with James Franco, he apparently recorded an extremely low-budget remake of Justin Bieber's "Boyfriend" video whilst bored in a hotel room?!?!?!?! Azeen and I discovered the video the other day and I've watched at at least five times since. It's one of those things that you're just unspeakably, unaccountably glad exists. — E.C.

The guys on the Express advertising team put The Chive app on my phone — it's sexist and vulgar, but better than scrolling through a Facebook feed of baby photos (sorry friends). My favorite useless mobile app of the moment is Walt Whitman is Bad Ass, witticisms about the American poet who broke all the rules. — Whitney Phaneuf

I keep meaning to attend one of these Intro to Curling classes held at the Oakland Ice Center because, well, how can you ever have watched the Winter Olympics and not come away thinking that curling is the dopest sport you've never tried? By the time this gets posted, another session (this past Saturday) will have come and gone, but I swear I'll try to make the next one, on February 16. — L.T.

In the wake of Armstrong-gate 2K13, here’s a smart piece on Buzzfeed FWD about the bicyclist’s true legacy. (Hint: It’s not what you think!). — E.C.