Likes! Links! Here's what our writers are enjoying at the moment:

It’s almost Restaurant Week, aka the Most Wonderful Time of the Year for those of us whose appetites outmatch our salaries. In addition to stuffing my gullet with all kinds of bargain-priced deliciousness, I’m excited for the Food & Beverage History Panel Discussion, which goes down January 18 at 3 p.m. at City Hall and will feature various local luminaries discussing the past and future of Oakland’s food and beverage industry. You need to RSVP, so get on it. — Ellen Cushing

Skip the movie The Canyons and read the behind the scenes drama instead. The New York Times reveals every fascinating detail in Here Is What Happens When You Cast Lindsay Lohan In Your Movie. Warning: It's a long read, but gems like "Lindsay was out with Lady Gaga till 5:30 a.m. Her call was 6 a.m." don't come until page nine. — Whitney Phaneuf

Gamers, I know I'm late to the party, but is there a computer game more addictive than Crusader Kings 2, wherein you guide a feudal lord (and his heirs) through 400 years of medieval European history — right smack in the middle of the Crusades? Yes, there are armies to build and cities to invade, but the heart of the game is in person-to-person politics: who to marry each of your five daughters off to, and whether to kill off that trusted advisor you suspect is scheming behind your back. Sadly, this is what keeps me up late at night. — Luke Tsai

A little late, but also just in time to ignore the (probably disastrous) American remake, I found and fell in love with Spy, a British comedy about a bum of a dad, Tim, who, while trying to turn his life around in time for a custody battle with his ex-wife, accidentally gets offered a job as a MI5 spy. This show has wicked humor that's mostly by way of Tim's frightfully bitchy young son, Marcus, and Tim's attempts to win him back over and gain his respect. Hulu has two short seasons queued up and ready for your weekend marathon. — Alison Peters

Hey, people with kids: I loved reading through this recent post about ten great children's books destined to become classics on the TED blog. I've already ordered a copy of Hip and Hop, Don't Stop! — the tale of the friendship between Hip, a turtle who raps really slowly, and Hop, a rabbit who raps super-fast — and am beyond psyched to read it to all the lil' ones in my life. — L.T. 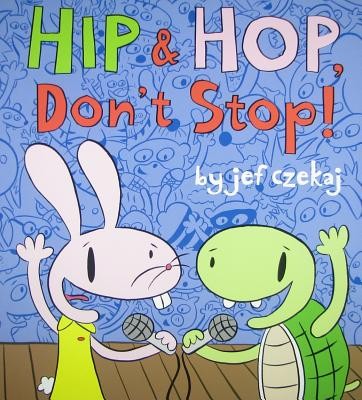 Apropos of absolutely nothing, for some reason I reread The White Album over the weekend and it is exactly as good as it was when I was a wide-eyed college freshman. — E.C.

I'm not a parent, but that doesn't stop me from enjoying a little bit of baby-themed humor every now and then. Michael Fertik is a Palo Alto techie and dad who fell so hard for his baby boy that he had to write about it — in a very grown-up, illustrated chapter book. Little Trouble in Tall Tree imagines the inner lives of the babies of the Poopypants Gang as they plot a massive heist to secure all the area's fresh breast milk. Okay, it sounds a little gross when you put it that plainly, but the descriptions and pictures are hilarious, and you can read the whole thing in about a half-hour, laughing all the way. And you can also tell your friends you're into the new genre — baby noir. Read more about Fertik via his article in the Palo Alto Patch, and you can get the book, or an adorable onsie, on his website. — A.P.

Whitney’s basically already said it all, but you will definitely see me on the dance floor at the New Parish for Shabazz Palaces on Tuesday. — E.C.

Music nerds, whether they're a fan of this band of not, will delight in Color Me Obsessed: A Film About The Replacements. It's two hours of fans — many of them famous in their own right — foaming at the mouth about what made The Replacements so special. The low-budget documentary couldn't get the rights to use the band's music or archival footage, but that ends up being part of its magic. After watching it, all I wanted to do was listen to this band. — W.P.