I’ve developed a huge crush on Earl Sweatshirt, which, yes, I know, is super-weird because he’s eighteen. But seriously, look at this photo of him! — Ellen Cushing

Like most of us born in the Seventies, Boots Riley listened to The Cure in middle school. The Coup frontman talks to The Rumpus about his inspiration and life's work. — Whitney Phaneuf 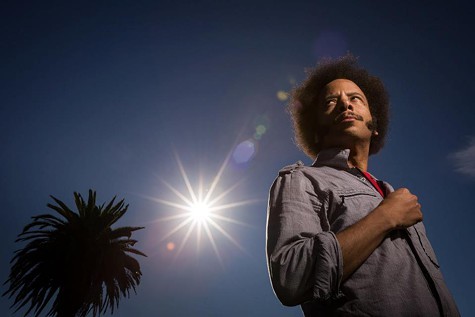 “Call Your Girlfriend” is basically the most perfect pop song ever written, but this new-ish cover, by Barcelona, is very nearly as good as — and like ten times sadder than — the original. — E.C.

Apparently Turn on the Bright Lights is ten years old? Once you get over the sheer fact of how ancient we all are/the march of time/the inexorability of death, etc., go listen to it; it’s still exactly as wonderful as it was back then. — E.C.

Existential comics-drawing god Anders Nilsen (whom I've written about before) just re-released Don't Go Where I Can't Follow, a book he wrote in memory of his fiancée, Cheryl Weaver, who died after a six-year fight with cancer. It's a book I've tried, to no avail, to track down for a reasonable price on eBay for years. I don't expect to get through it with dry eyes. (For some reason, Amazon is already sold out, so do everyone a favor and see if your local comics shop has it in stock.) — L.T

As far as I’m concerned, winter is poetry season, and for me at least, that’s mostly meant Adrienne Rich of late. Here's one of my favorites. — E.C. 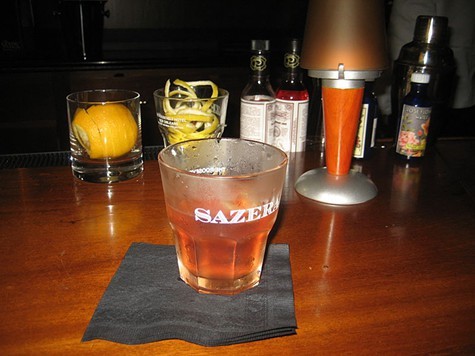 You know what also goes great with winter, and with poetry? ALCOHOL. (Just kidding, alcohol goes with everything.) The Sazerac is sort of the ultimate winter drink — substantial (and substantially alcoholic), but still simple enough that you can make it with stuff you have lying around the house (ie, without changing out of your pajamas). I like to winterify mine with maple syrup; because I like you guys SO MUCH, here’s my heretofore-secret recipe:

Three ounces rye
3/4 ounce maple syrup (or more if you want it sweeter)
Four or so dashes of bitters (I like a mix of Angostura and Peychaud’s but I realize this makes me a giant asshole. Use whatever you have.)

Stir and serve in a chilled rocks glass with a lemon twist. (If you’re feeling particularly ambitious and/or traditional, you can rinse the glass with absinthe, Herbsaint, or Sambuca first; you don’t have to do this, but it really does make it taste better.) — E.C.

I loathe Christmas music, but not even I could resist this video of DMX singing "Rudolph The Red-Nosed Reindeer" (recorded on Power 105.1 FM radio in New York) and set to the 1964 stop-motion animation TV special by the same name. — W.P.

I recently stumbled on this short film, The Politics of Board Gaming Amongst Friends, which is adorable and infinitely relatable if you're as much of a board game geek (and as ruthlessly competitive) as me. (Fellow "Catanophiles:" Put that robber on my spot without good reason, and I'll cut you. #kiddingnotkidding). NSFW if a handful of cheerily-delivered F-bombs aren't acceptable at your workplace. — Luke Tsai

I haven’t seen the new Twilight movie yet but am 1000 percent more likely to now that I know that Wendell Pierce — better known as Bunk — is in it. — E.C.

Two different friends had birthdays this past week and let's face it — having a birthday right before the holidays sucks, so to brighten their spirits, I made Rice Krispies Treats. I experimented with the recipe and added peppermint dark chocolate and toasted coconut. It's like biting into Christmas on a tropical island in the mountains roasting s'mores. Enjoy: