Ke$ha Ke$ha wearing a headdress made of teeth.

Downtowngal via Wikipedia Ripe Hachiya persimmons on a tree

We're constantly on the lookout for cool stuff to share with readers, and there is always more than what we can fit in the Express in the form of Picks and Reviews. Here's what our staff writers like right now:

Oakland indie rockers Saything will get the Steve Albini production treatment on its new album, due in the spring, as reported by the Deli SF. Listen here to Saything's 2010 album Momentary Ens. — W.P.

This is not to make anyone start thinking about Thanksgiving pounds, but I love this Pilates YouTube channel called Blogilates. It’s run by a fairly young East Bay native (who now lives in San Francisco) named Cassey Ho — she’s pretty amazing and has totally BLOWN UP since I started following her a few years ago. But the best part is her videos are doable, fun, and 100 percent effective — she even has one called "Post-Thanksgiving Tune-Up" (it’s only like five minutes long). — Lenika Cruz

Right now I'm really digging the hachiya persimmons from Guru Ram Das Orchards stand at the Berkeley Farmers' Markets (Tuesdays and Saturdays). A ripe hachiya — skin blackened as though charred, flesh soft as jelly — is better than candy, and one of the very best parts of fall. Slice in half and eat, very carefully, with a spoon. — Luke Tsai 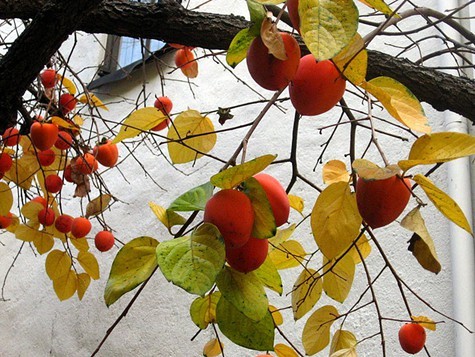 Fuck “It’s Thanksgiving”; the best (and, admittedly, food-nerdiest) T-givs-related meme out there right now is Siftygiving, a series of image macros (created, full disclosure, by a friend of mine at Buzzfeed) that pair text culled from Sam Sifton’s book of Thanksgiving tips with an appropriately austere-looking portrait of the turkey maestro/former New York Times restaurant critic. Thanksgiving with Sam Sifton is at turns bizarre, philosophical, and mildly creepy; it is always, however, entertaining as hell. — Ellen Cushing

Just found out The Santaland Diaries by David Sedaris is being performed at the Eureka Theatre (215 Jackson St., San Francisco) for those who prefer an “anti-holiday” tradition. December 19 to 29. 8 p.m., Saturday, December 22 and Sunday, December 23, 3 p.m. $15-50. CombinedArtForm.com — Azeen Ghorayshi

I met Bowling Green State University student Morgan Hollinger a couple weeks ago while we were both canvassing for Obama in Ohio. She mentioned in passing that she writes and records music in her bedroom, but what she didn’t say is that her seven-song album, released under the name Pretty Heart, is really, really good: Adventurous, moody electro-pop along the lines of Grimes and Purity Ring, but with the vocal chops of both combined. You can stream and download it here. — E.C.

Ke$ha apparently made a headdress out of her fans’ teeth. That is all. — E.C. 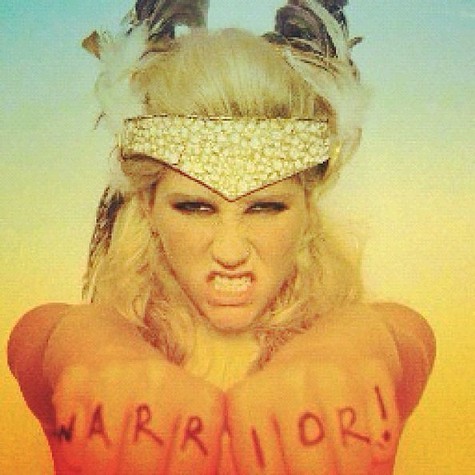 The new video from Montreal producer Doldrums with its hipster-in-the-apocalypse vibe (also, is that the Black Rock Desert?). The project of Airick Woodhead, a friend of Grimes, I saw Doldrums open for Bear In Heaven and Blouse at The Independent earlier this year and he's one part electronic gearhead, one part lounge singer. The video is for "She is the Wave," a single from Doldrums' debut album, Lesser Evil, out February 26, 2013. — W.P.

Just ordered a copy of Tomorrow Magazine, which was put together as a “last hurrah” by eight editors (including Ann Friedman and Cord Jefferson) who were at GOOD Magazine before the publication laid off nearly all of its editorial staff. There’s only one issue, and the editors set up a Kickstarter and called upon dozens of artists, writers, photographers, and designers to submit their work. They’re running out of copies, so the window to order is closing soon. You can see the work online here. It’s a pretty heartening example of the kind optimism and innovation that’s still alive in journalism even when a lot of the industry’s roots are dying. — L.C.