East Bay voters made it clear that they favor candidates who advocate not only for more renter protections and more homeless services, but also, more housing. 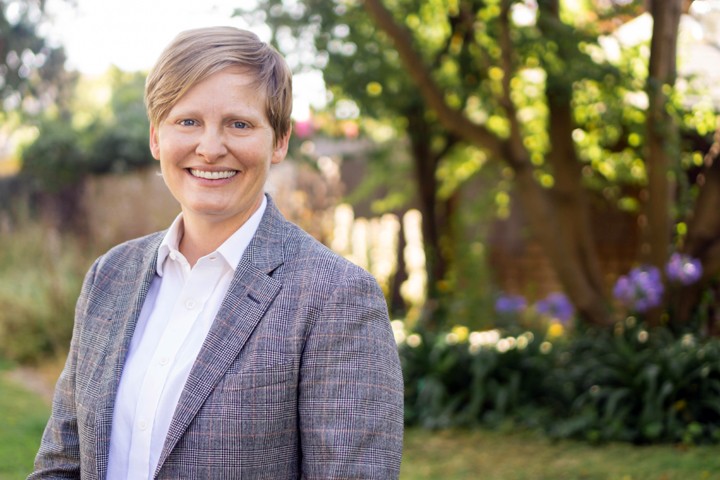 In San Francisco, progressive politicians are typically pro-tenant but anti-housing, particularly market-rate housing. In fact, in The City, pro-housing politicians are generally regarded as "moderates," regardless of their stances on other issues. But on Nov. 6, East Bay voters displayed a strong preference for their own type of progressive: candidates who are both pro-tenant and pro-housing — and who support raising taxes to pay for services and programs for unsheltered people.

Indeed, East Bay voters issued clear mandates on Nov. 6: They want more housing, stricter protections for renters, and higher taxes for homeless services. And they overwhelmingly elected candidates who support those positions, rejecting NIMBYism and OK'ing ballot measures that will raise tens of millions of dollars a year for homeless programs.

Alameda might have provided the clearest example of this trend in 2018. Island voters elected a pro-housing, pro-tenant mayor — Marilyn Ezzy Ashcraft — who unseated incumbent Trish Herrera Spencer, a NIMBY (not in my backyard) who usually sides with landlords.

And in the Alameda City Council race, former Planning Board member John Knox White, who is also pro-housing and pro-tenant, was the top vote-getter. As of Monday, it also looked as if progressive incumbent Jim Oddie would remain on the council. Overall, pro-housing, pro-tenant councilmembers appeared to be on their way to enjoying a 4-1 supermajority in Alameda City Hall.

And that's not all. Alameda voters also decisively rejected the pro-landlord ballot initiative, Measure K, which was opposed by Ashcraft, Knox White, and Oddie.

Likewise, in Berkeley, three out of the four winning council candidates are pro-housing and pro-tenant protections — incumbent Lori Droste in District 8 and newcomers Rashi Kesarwani in District 1 and Rigel Robinson in District 7. Berkeley voters also approved Measure O, a $135 million bond for low- and middle-income housing, and Measure P, a real estate parcel tax increase on property above $1.5 million that is expected to raise at least $6 million a year for homeless services and programs.

In Oakland, voters handed a clear mandate to Mayor Libby Schaaf, who defeated her next closest opponent, activist Cat Brooks, by more than 30 percentage points. Schaaf may not be as progressive as some of the East Bay candidates who won on Nov. 6, but her landslide reelection victory was a decisive endorsement of her agenda, which, not surprisingly, includes more housing — both affordable and market rate — denser housing along transit lines, increased tenant protections, reduced displacement, and helping unhoused people into shelter through her Tuff Shed program. As of Monday, Schaaf had garnered 56.61 percent of the vote compared to Brooks' 23.37 percent.

The Oakland election results also dovetailed with a recent poll by the Oakland Chamber of Commerce, which showed that a majority of Oaklanders — 53 percent — support speeding up the approval of new housing development in the city. Another 68 percent said the rate of development is too slow or "just right," while only 21 percent said housing development was happening "too fast" in Oakland. In addition, a large majority of voters — in every council district — approved of increased housing density.

And supermajorities of Town voters on Nov. 6 approved two new taxes to fund services and programs for unsheltered people: Measures W and X. Measure W imposes a $3,000 to $6,000 parcel tax on vacant properties and is expected to raise $10 million a year for the city, while Measure X increases real estate transfer taxes on property that sells for more than $2 million. It's expected to generate about $9 million each year. Plus, a majority of voters OK'd Measure Y, which will extend just cause renter protections to landlord-occupied duplexes and triplexes.

In Richmond, Tom Butt, the city's pro-housing mayor, easily won reelection (although city voters rejected Measure T, a tax on vacant properties that was expected to raise $3 million for homeless services). As of press time, the Richmond City Council race was still too close to call.

And in the 15th Assembly District race, ex-Obama White House aide Buffy Wicks, who was probably the most pro-housing candidate running for office in the East Bay this year, easily defeated Richmond Councilmember Jovanka Beckles, who once made the remarkable claim that there is no shortage of market-rate housing in the East Bay.

Even in the BART District 4 contest, East Bay voters overwhelmingly reelected Robert Raburn, who advocates for more housing on BART property and near BART stations.

Unfortunately, Proposition 10, the statewide measure that would have allowed cities to enact stricter rent control, was soundly defeated. However, it nearly passed in Alameda County and was expected to garner a majority of votes in Oakland and Berkeley. 