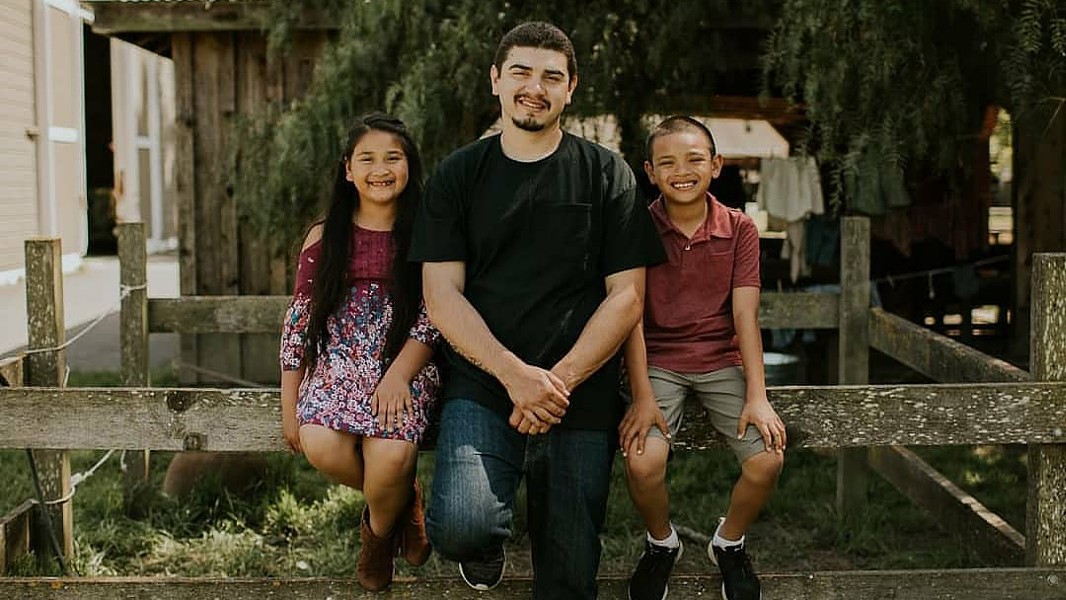 Every December, Agustin Andres Gonsalez took his two kids to Disneyland. He was continuing a family tradition; his parents had taken him to Disneyland each year, and when he had children of his own, he met his parents there annually after taking time off from his job at the Tesla factory in Fremont.

This year, he didn't make it. Gonsalez, 29, was shot to death by Hayward police on Nov. 15, while apparently in a mental health crisis. Police said that officers were called to reports of a man brandishing a knife in the 4600 block of O'Neil Avenue at about 9 p.m. Three officers found Gonsalez there holding a razor blade. Police said he approached them and told officers they would have to kill him. Officers Phillip Wooley, a 28-year veteran, and Michael Clark, an 11-year veteran, fired 13 rounds.

Gonsalez was taken to Eden Medical Center, but died there about two hours later.

His family has been left reeling and begging for answers, especially after they learned that two weeks later, Hayward police safely arrested a man who had two replica guns. "When we found out about that, it really made us feel like, why couldn't they do that with our son?" said Gonsalez's father, Agustin Gonsalez Jr. "Why couldn't they disarm him another way? Why couldn't they get someone to come talk to him? Especially with their training."

Gonsalez's family also couldn't understand how a good-natured, hard-working father ended up in a deadly confrontation with police. According to the elder Gonsalez, his son had dedicated his life to his kids: a 10-year-old son and a daughter who turned 9 in December. "Somebody was crying for help, he was a good all-around person, responsible, just had the biggest breakdown he could have," said the elder Gonsalez. "He got his life cut short. He didn't even get a chance to get the help he needed."

For the last three years, the younger Gonsalez had been working full-time at the Tesla factory in Fremont, where he was working 10-hour days up to six days a week, plus making the daily commute from Lathrop, which can be more than an hour each way in traffic. "It was unreal. He'd barely have time to go home, fight that traffic, go to bed, and wake up the next morning," the elder Gonsalez said. "He burned his butt over there."

Gonsalez had split with the mother of his two children but maintained an amicable relationship and hosted his kids on the weekends, according to his father. More recently, Gonsalez had been in a troubled relationship with a woman in Hayward, which his father described as "toxic." While he knew his son had at times struggled with depression and was getting counseling, the elder Gonsalez didn't think his son would ever harm himself or anyone else, and he had no history of violence.

But he knew his son was coping with a bad relationship and was stressed about working so much. The day he was killed, Gonsalez was scheduled to switch to a new position at Tesla, one that would have him working overnight but with reduced hours. However, he'd asked for a personal day on his first day of work, and instead of going to the factory, he was at his ex-girlfriend's house in Hayward. At around 9 that night, a neighbor called police saying Gonsalez had threatened him with a knife. When police arrived, Gonsalez was standing in the street with the neighbor and ex-girlfriend nearby. Within seconds, police shot him.

The next morning, the elder Gonsalez came home from working an overnight shift and was expecting his son to arrive at around the same time. Instead, Hayward police officers knocked on the door that afternoon. "They told me that he yelled at them they're going to have to kill him," the elder Gonsalez said. "They said he went after them, and so in self-defense they shot him, and he didn't make it. They left it as vague as that."

Compounding the family's confusion, on Dec. 4, the day of Gonsalez's funeral, Hayward police responded to a call about a man carrying two shotguns and telling bystanders that "one gun was for animals and the other for people," according to a post on the department's Facebook page.

According to court records, when police responded, they were told that the person with the two shotguns was inside a residence on Murray Street. They surrounded the home, and Diego Ixtosoch, 23, exited from the backyard. Officers, with their guns drawn, commanded Ixtosoch to keep his hands in the air, but he kept them in his pockets. Officers tried to put him in handcuffs, but he pulled his arms away, and the officers took him to the ground.

Once on the ground, Ixtosoch kept trying to pull his arms underneath his stomach and waistband. The officers hit him with Tasers, but they seemed ineffective. Eventually, officers handcuffed him, and he had to be treated for injuries to his arm and chest.

But after officers arrested Ixtosoch, they determined that he was actually the victim of threats and that Jose Salas had pointed two guns at him while inside the home. Police then spent two hours ordering Salas to come outside. When he finally did, he was safely arrested. Police found two replica guns inside.

Hayward police Lt. Guy Jakub contended that the two situations developed very differently. The officers who shot Gonsalez had seconds to react, Jakub said (although he did not say exactly how long it took for the officers to shoot Gonsalez, citing the ongoing investigation). He confirmed that both officers were wearing body cameras that were activated at the time of the shooting.

But it's unclear when the family might be able to see that body camera footage or find out other details about the shooting. The Alameda County District Attorney's Office is investigating, but such investigations can last for years. For now, Gonsalez's family can't even retrieve his car, which is still being held as evidence. They have retained the law offices of John Burris to help them get answers but were only given the official time and location of death in a letter to their attorney on Dec. 19.

"We've been waiting patiently, we're not trying to throw [the police] under the bus ... we just want answers and we'll go from there," said the elder Gonsalez, whose father was a reserve police officer in Hayward for 20 years. "We feel like we deserve the answers, and if it is a wrongdoing on their end ... we feel they should be held accountable." 