August 08, 2016
comment
Quick!: A few fun pics from photographer Ryan Donahue, who attended all three days of Outside Lands 2016. (Notice his affection for stick signs and POPTPOB, a.k.a. "pictures of people taking pictures of bands"). Thanks, Ryan, for sending them along!

No secret that the Muppet's house band ruled the weekend.

Never made it to the media pit for Radiohead ... but pretty close, still. 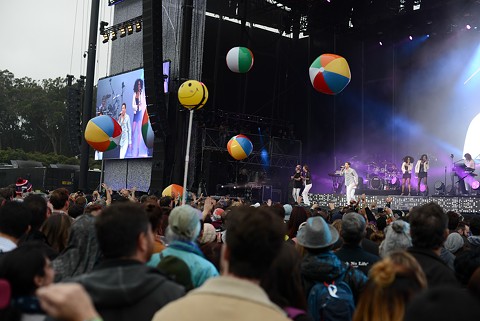