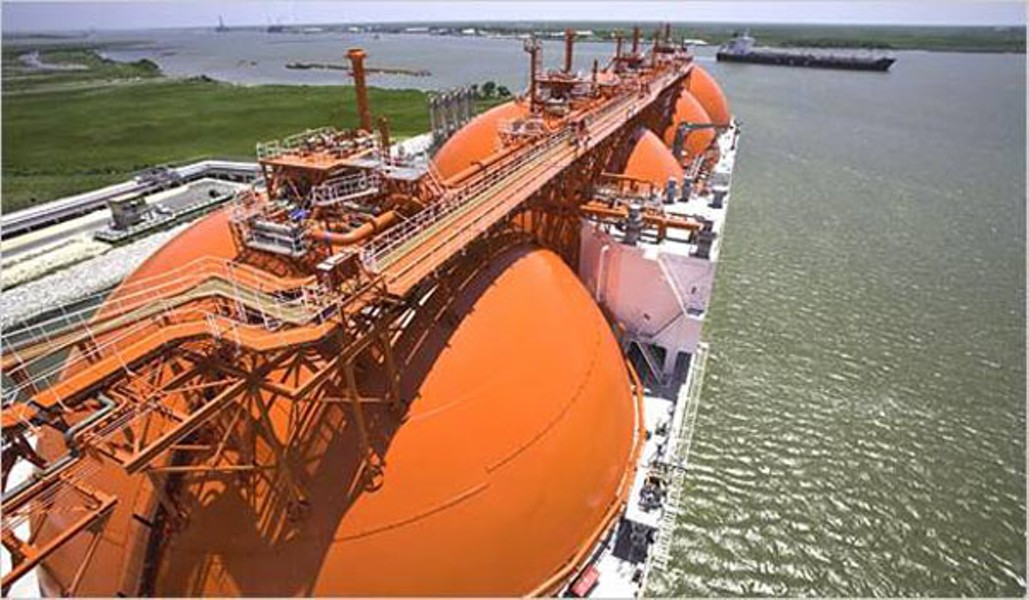 Pacific Gas and Electric Company's ongoing effort to increase its fossil fuels portfolio ramped up last week when the utility won federal approval for a $2.3 billion project that would import liquid natural gas from overseas. The utility says it needs access to the foreign-produced fossil fuel to ensure stable prices, but the controversial project is further eroding PG&E's well-crafted image as a green-conscious company.

Environmentalists oppose the project on numerous fronts. First, by importing fossil fuels from overseas, PG&E is increasing its greenhouse gas emissions from natural gas by up to 25 percent — roughly the equivalent of adding five million cars to Northern California roadways. In addition, the project requires that the utility construct a 230-mile-long pipeline from a new port built in Coos Bay, Oregon. The giant pipeline's right-of-way would be as wide as an eight-lane freeway, clear-cutting forests and destroying habitat throughout Southern Oregon.

It's also questionable whether the project is necessary. Domestic natural gas is in abundant supply, with no predicted shortage in the coming decades. "The reality is there is no shortage of natural gas in North America," said Rory Cox, California program director for Pacific Environment, an environmental group that opposes the pipeline project. "PG&E should put its money into renewable projects rather than projects that further our dependence on foreign fossil fuels."

The project also is opposed by Oregon's Governor Ted Kulongoski and Attorney General John Kroger, who have asked federal regulators to reconsider their approval of the pipeline. The Federal Energy Regulatory Commission voted 3-1 last week in favor of the project. According to the Associated Press, Kulongoski contends that the approval process did not adequately address the state's environmental concerns about the pipeline, which would cut across at least 100 waterways on its journey to Northern California.

PG&E officials did not return a phone call seeking comment. But ratepayers will apparently finance construction of the pipeline. In October, utility officials told the San Francisco Chronicle that they want to import natural gas because they believe it will give them more-stable prices if demand were to suddenly increase in the future. The project would also provide the utility with greater control over supply because the utility would co-own the pipeline.

Environmentalists say importing natural gas has other harmful effects beyond the added greenhouse gas emissions associated with shipping it across the ocean. Cox, for example, noted that a new liquid natural gas production facility in Papua New Guinea is destroying rainforests there. In addition, a liquid natural gas export facility on the Russian island of Sakhalin threatens the critically endangered western gray whale and has decimated salmon habitat.

Liquid natural gas also creates safety concerns because it's extremely volatile. In fact, coastal communities throughout California, including Vallejo, have blocked attempts to build import facilities, which is why PG&E turned to Oregon.

Even though state agricultural officials have yet to complete an environmental analysis of their plans to eradicate the light brown apple moth, they quietly began implementing part of that effort last week. State agriculture employees started blanketing trees and shrubs, including those in people's backyards, with pesticide-laced twist ties in the Central Valley city of Manteca. The department also plans to do the same thing in Los Osos, a small community near San Luis Obispo.

Not surprisingly, environmentalists are crying foul over the new eradication effort, alleging that state officials are skirting California environmental law. They're also concerned that the state will attempt to start hanging twist ties like Christmas ornaments in other cities where the light brown apple moth has been found, including Berkeley, Oakland, and San Francisco. "They're flouting the law," said Erin Tobin, a staff attorney for Earthjustice, an Oakland-based environmental group. "If they do it in these locations, they can do it anywhere."

State agricultural officials were not available for comment. But they have maintained that their effort is exempt from state environmental law. Officials told the Stockton Record earlier this month that they believe the twist ties will be effective in eradicating the moth where they have found it in small concentrations.

The twist ties are laced with pheromones designed to disrupt the moth's mating habits. But they also include undisclosed ingredients that have not been thoroughly tested. Two years ago, hundreds of Santa Cruz area residents reported becoming sick after state officials sprayed the area with pesticides to eradicate the moth. The spraying was halted and a judge later ruled that the state had to conduct an environmental impact report. Although that report has not yet been completed, state officials believe that they can go ahead with the twist-tie program anyway. State officials have said that they plan to hang 250 twist ties per acre in a five-mile radius of a moth infestation.

Solar with a Conscience

If you've been thinking about installing solar panels, this may be a good time to do it because prices are dropping. And if you want to help an unemployed worker find a job in the new green economy at the same time, then you might want to check out One Block Off the Grid, the nation's largest solar-buying collective.

The San Francisco-based company is partnering with Solar Richmond and groSolar, one of the biggest solar installers in the nation, in a pilot green-jobs training program. "The goal is to train people so they can get hired in the green economy," said Dave Llorens, cofounder and general manager of One Block Off the Grid.

As Eco Watch has previously reported, One Block Off the Grid obtains substantial discounts for homeowners by pooling them into large solar-buying groups that negotiate low rates (see "Making Solar Power Affordable," 6/24/09). One Block Off the Grid also offers long-term financing through its partner, SunRun. Under the current program, which lasts until January 31, 2010, customers can purchase a solar installation at only $5.53 a watt. That works out to about $12,000 for a typical four-kilowatt solar installation after federal and state rebates, Llorens said.

Homeowners can also participate in the green-jobs program for an additional $112, which both groSolar and One Block Off the Grid will match. To date, Solar Richmond, a Richmond-based nonprofit that helps low-income residents learn green-collar skills, has trained 180 workers and placed 53 in solar-installation jobs. For more information on the program and to price out a free solar installation estimate for your home, visit SFBay.1BOG.org.