Newly released documents reveal that Syngenta, the maker of atrazine, attempted to personally discredit a Cal professor whose research suggests that the herbicide feminizes male frogs.

by Clare Howard of 100Reporters and Environmental Health News 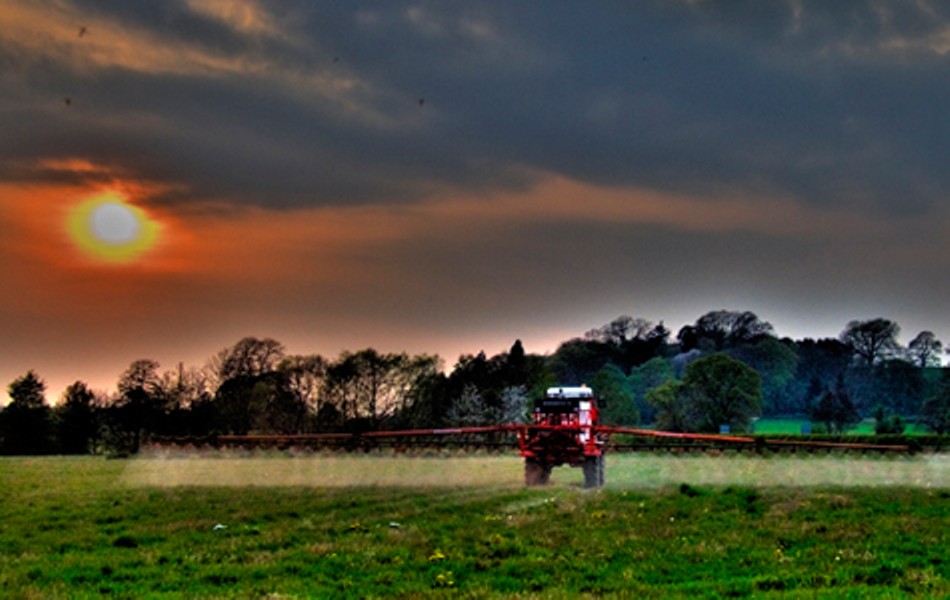 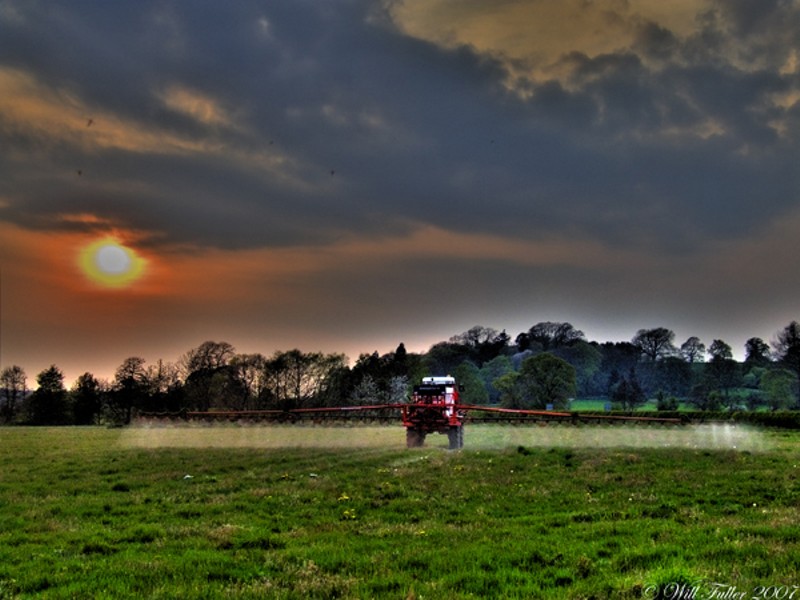 Will Fuller/Flickr(CC) About 80 million pounds of atrazine are used in the United States each year. 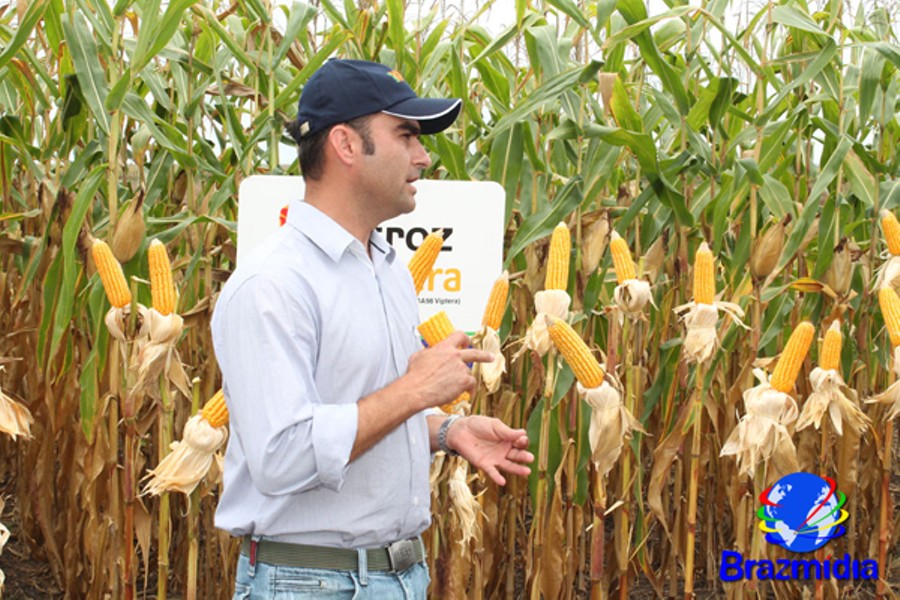 Brazmidia/Flickr(CC) A Syngenta employee demonstrates its products for corn growers. 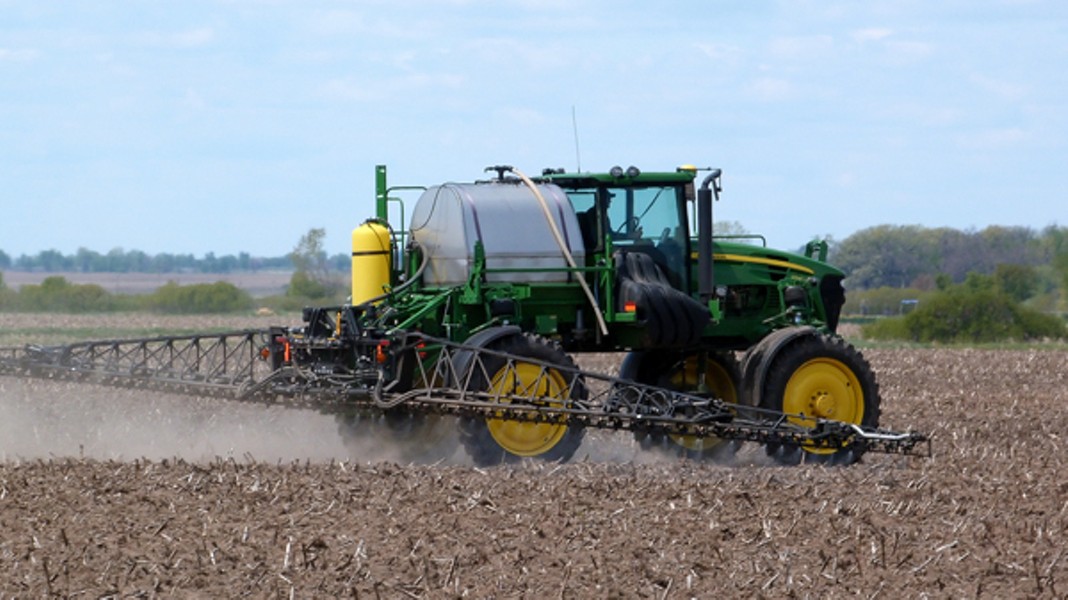 Bill Meier/Flickr(CC) Atrazine, which is banned in Europe, is used to kill weeds. 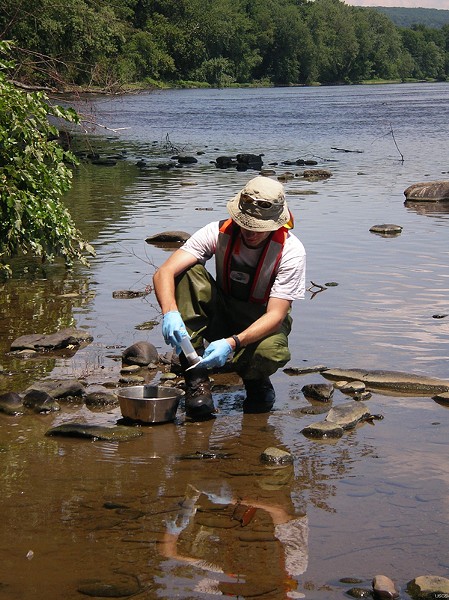 USGS A lawsuit sought to have Syngenta clean up atrazine in watersheds in six states. 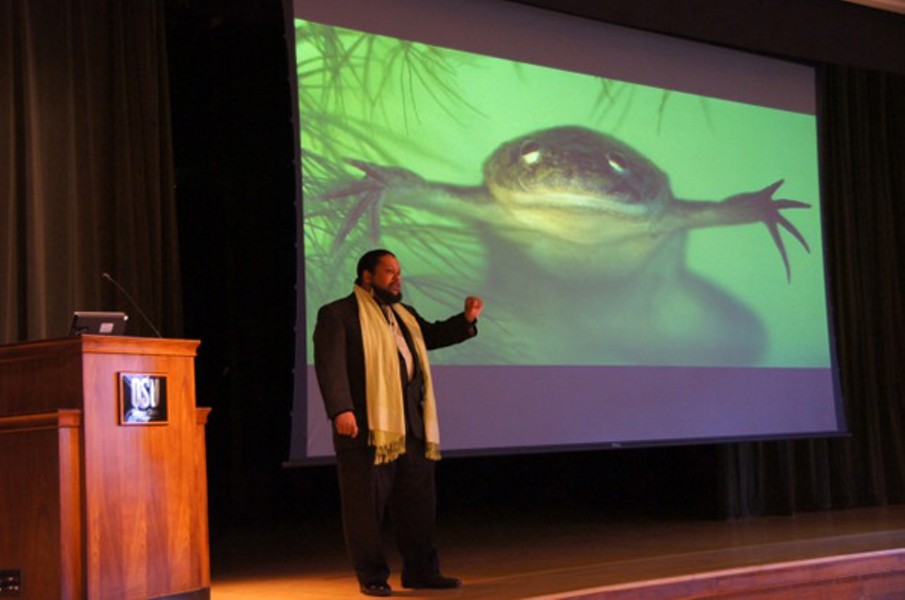 The company contends that Hayes' frog studies are flawed, and that its own research has not replicated his findings. Other scientists, however, are showing that atrazine disturbs the sexual development of other amphibians as well.

In one memo, the company denied pressuring Duke University not to hire Hayes, but in her deposition on June 9, 2011, Ford, Syngenta's former spokeswoman, said that Gary Dickson, a Syngenta employee, contacted a dean at Duke to inform him of the contentious relationship between Hayes and Syngenta.

Another document, from Jayne Thompson & Associates, suggested why: "Duke, located in Durham, is close to Syngenta Crop Protection headquarters in Greensboro and to our research facility in RTP [Research Triangle Park], and we wanted to protect our reputation in our community and among our employees."

Ford also said Syngenta gave financial support to the Hudson Institute and had asked Alex Avery, at the institute's Center for Global Food Issues, to write reports critical of Hayes. She later said that unlike Hayes, Avery has not published in any peer-reviewed journals that she knew of and he did not disclose payments from Syngenta. The Hudson Institute is a conservative nonprofit focused on shaping public policy on issues ranging from international relations to technology and health care.

In one document, Ford noted that a principal with the White House Writers Group taped a phone call with Hayes and "set him up." Hayes was baited through emails from Syngenta's army of allies. The scientist's emails were posted on the Syngenta website as part of the campaign to discredit him.

"If TH [Tyrone Hayes] is involved in scandal, the enviros will drop him," Ford wrote. "Can prevent citing of TH data by revealing him as non-credible," she added.

Court documents also include a "Supportive Third Party Stakeholders Database" of 130 people and organizations that the company could count on to publicly support atrazine, often for a price. Documents show people on the list were coached, their statements in support of atrazine were edited by the company, and payments to them were not publicly disclosed. In some cases, Syngenta or its PR team wrote op-ed pieces and then scanned its stakeholder database for a signer.

In an October 17, 2009, memo to Syngenta's Ford, Jayne Thompson warned that some of the language in four op-eds penned by the White House Writers Group is suggestive of their source, which "should be avoided at all costs."

Court documents include an email dated October 28, 2009, from a Syngenta employee asking her boss how to pay these third-party allies who write in support of atrazine. There are consistent warnings to be sure supporters appear independent, with no links to the corporation.

In one case, Syngenta paid $100,000 to the nonprofit American Council on Science and Health (ACSH) for support that included an op-ed piece criticizing the work of journalist Charles Duhigg of The New York Times, who wrote a story on atrazine as part of the paper's Toxic Waters series in 2009. Without disclosing this financial support from Syngenta, president and founder Elizabeth Whelan derided The Times article on atrazine as "All the news that's fit to scare."

ACSH is a nonprofit that advocates against what it considers government's over-regulation of issues related to science and health.

"Dear Syngenta friends," began a 2009 email from Gilbert Ross, a physician at ACSH, thanking Syngenta for its payments and financial support over the years. "Such general operating support is the lifeblood of a small nonprofit like ours, and is both deeply appreciated and much needed."

In response to emailed questions for this article, Ross defended the decision not to publicly disclose the payments, and dismissed Hayes as an "outlier."

"To 'disclose' funding on every topic we cover – and there are many – would give the mistaken impression that the donations came first to encourage or persuade us to cover a topic, and cover it in a manner beneficial to the donor," Ross wrote.

Atrazine, he continued, "has been well-known and widely proven to be highly beneficial for agriculture and crop yields and economics of farming. Those who promote hysteria and baseless (commonly litigation-driven) attacks on it are not coming from a sound-science POV [point of view], and we have no apologies nor explanations needed for accepting support from companies who develop and market crop protection chemicals which are manifestly beneficial and pose either no health risk or merely hypothetical 'risk.'"

Steven Milloy, publisher of JunkScience.com and president of Citizens for the Integrity of Science, is also in Syngenta's Supportive Third Party Stakeholders Database. In a December 3, 2004, email to Syngenta, Milloy requested a grant of $15,000 for the nonprofit Free Enterprise Education Institute for an atrazine stewardship cost-benefit analysis project.

In a letter dated August 6, 2008, Milloy requested a $25,000 grant for the nonprofit Free Enterprise Project of the National Center for Public Policy Research. In an email on that date, he wrote, "send the check to me as usual and I'll take care of it."

While op-eds aim to shape public opinion, economic and cost-benefit analyses were also important, because EPA rulings on pesticide use are based on health, environmental, and economic effects.

In an email to Syngenta's head of communications, Thompson praised an essay that ran in the Belleville News Democrat, an Illinois newspaper based about twenty miles from Edwardsville, the community that initiated the lawsuit. The 2006 essay was signed by Jay Lehr of the Heartland Institute. The essay claimed the Holiday Shores lawsuit could, if successful, shrink the nation's food supply.