OP-ED: The Alameda County Civil Grand Jury Is an Important Watchdog, but Its Members Are Almost Always Too Old, White, and Wealthy

The grand jury has a serious structural problem. 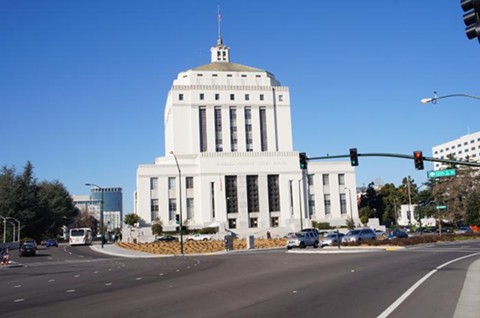 I have just completed two years’ service on the Alameda County Civil Grand Jury — a remarkable civic gem. This Civil Grand Jury does not indict people for crimes; instead, it is a citizen’s watchdog group that identifies waste, mismanagement, and process failures in county and government agencies and then recommends fixes.

For instance, a few years ago the grand jury warned that fire inspections of warehouses and other big structures were lax. After the tragic Ghost Ship fire, officials lamented that the grand jury’s recommendations were not followed. Among its other reports, this year the Grand Jury sounded two more alarms: impending insolvency in Oakland’s public schools and the fact that Oakland is short $860 million to cover benefits for future retirees.

Despite its important work, the grand jury has a serious structural problem: It doesn’t reflect the vibrancy and diversity of the county. Its members now and for most of its history are basically old, white, and wealthy. Most jurors are retired professionals who have the time and financial resources to give 10 to 20 hours a month to this year-long endeavor. Last year there were two African Americans on the jury, one Asian American (who resigned), and no Hispanics. In the 2017-2018 grand jury just concluded there were two African Americans, one Hispanic, and no Asian Americans. (According to the most recent Census data, Alameda County is 34 percent white, 25 percent Asian American, 22 percent Hispanic or Latino, and 12 percent Black.)

During my time on the jury, the consequences of this lack of racial, age, and economic diversity included: a tendency to support management-centric solutions to employment and fiscal problems and give less credence to union-centric solutions; a willingness to be less critical of law enforcement points of view; and a lack of appreciation and understanding of racial sensitivities.

In fact, the grand jury has faced criticism from African American politicians and agency heads for being quick to criticize alleged misdeeds by African American leaders and community organizations but comparably slow to drop the hammer on whites for similar conduct.

What gets investigated, how issues are investigated, and what recommendations get made are determined through a privileged lens. This is not to denigrate the quality or fairness of the investigations or jurors who conducted them, but we are all products of our experiences, habits, and biases.

By law, the grand jury has 19 members who are chosen by lot. Because the members are picked randomly from a pool of varying size, it’s important for that pool to be large and diverse.

Technically, the jury division of the superior court is in charge of jury recruitment. Because its budgets have been cut by nearly 40 percent over the past decade, recruitment efforts have suffered. That task has fallen to the two-person grand jury legal staff from the Alameda County District Attorney’s Office. In the last three years, they have worked hard at it. Every elected official gets a letter seeking applicants. Letters are sent to churches, social clubs, and newspapers. Judges are encouraged to find applicants and interview the resulting applicant pool. Last year, retired jurors were recruited to start a local chapter of the state grand juror’s association with the intent, in part, to recruit a more diverse pool of applicants.

The results are mixed. Eight years ago, only about 30 people applied to be grand jurors. In the 2018-2019 grand jury just impaneled, there were 79 applicants, but the final jury again has only one African American, two Hispanics, and one Asian American.

I would think that the county’s politicians and agency heads who are the most likely subjects of a grand jury investigation would want the most diverse and representative jury possible. I would think that they would demand and support resources to develop a comprehensive and coordinated strategy to recruit more representative good government watchdogs. I would hope that the district attorney and superior court judges would eagerly join in making that strategy successful.

Part of any serious strategy would include a discussion about how much jurors get paid. One untapped potential pool of applicants is the growing number of people who don’t go to an office every day and work remotely. They often have more flexible schedules that could bend to the needs of the grand jury. One hurdle for these people and others is remuneration. Grand jurors are “paid” $15 a day. That figure has remained the same for decades. The penal code sets the rate for juror pay but the Alameda County Board of Supervisors can supplement that amount. I think any effort to diversify the juror pool should include a raise, say, to $50 per day — hardly a king’s ransom.

Most people cringe when they get a jury summons, but this jury is different. If you care about why your water bill goes up even when you use less water, wonder what happens to those free Warriors and Raiders tickets that politicians get, are concerned about secret backroom dealing done by councilmembers, or are concerned about the safety of the jails in our communities, then joining the grand jury should be a priority for you.
Prev
Next