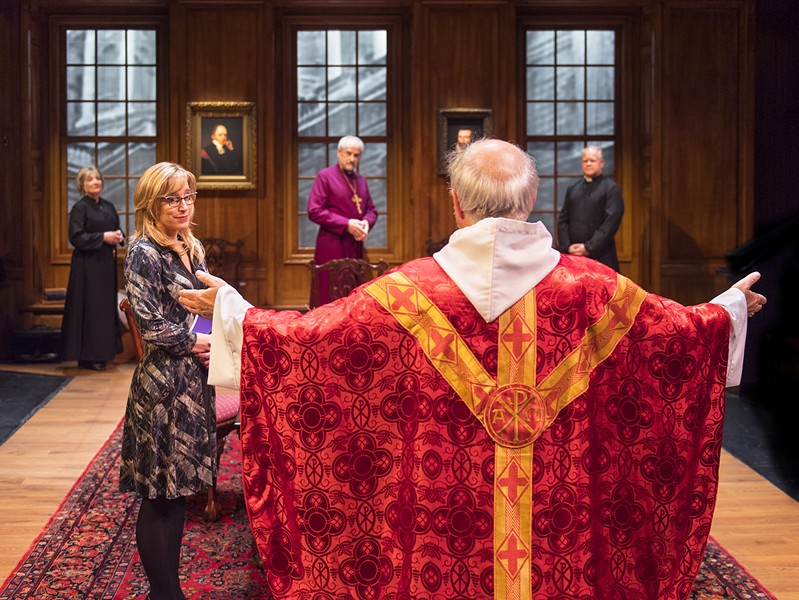 Temple, a history play set specifically on October 28, 2011, a pivotal day during the Occupy London movement, might make Bay Area audiences wish British playwright Steve Waters would pen a second play about Occupy Oakland. Or not, because Aurora’s production, and the U.S. premiere directed by artistic director Tom Ross, doesn’t present an argument for or against the economic protest that led to the one-week closure of London’s St. Paul Cathedral. Instead, the semi-fictionalized play focuses on larger-than-life-and-God questions about the role of church in the modern world; morality — or lack thereof — in the workplace; and issues of love and fairness. Twisting in the wind is civil protest and its power to simultaneously connect, divide, uplift, or destroy society. Liberal or conservative or independent of labels, people often choose sides when it comes to political and social jungle gyms, but Temple won’t allow it. Despite a somewhat simplistic ending, the play unleashes enough incendiary ash and fire to darken or enlighten after-show conversations. That’s theater’s version of “occupy.”