Oakland's Ability to Clamp Down on Blight Threatened 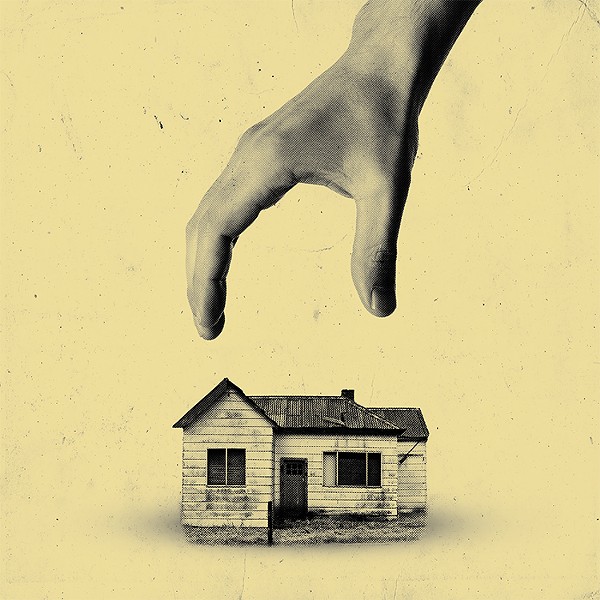 A recent appellate court ruling could have a major impact on whether Oakland can enforce its building codes, potentially crippling the city's ability to hold negligent landlords accountable for substandard conditions. A landlord with a history of blight complaints challenged fees levied against him by the city on the grounds that the city's appeals process violates state law. The appeals court agreed with the landlord and ordered the city to reform its process.

The Dec. 22 ruling by the state's First Appellate District, signed by Judges John Kennedy, Ignazio Ruvolo, and Maria Rivera, could also have an impact statewide. According to the Pacific Legal Foundation, a conservative law firm that represented the landlord and often represents property owners, at least three other cities in California have similar appeals processes, and there could be more.

The appellate court ruled that landlords must be able to appeal blight fines and fees to an independent panel or the city council and that Oakland's system, in which a single hearing officer appointed by the agency that imposes the fines, is unlawful. The court's decision also threatens Oakland's efforts to bring illegal live-work warehouses up to code following the deadly Ghost Ship fire 13 months ago.

Oakland's code enforcement appeals process would need to be revamped if the decision stands, or future efforts at code enforcement would be vulnerable to legal challenges. City Attorney's Office spokesperson Alex Katz declined to say if the city plans to appeal the case to the California Supreme Court. "We are reviewing the opinion," Katz said.

The case stems from a series of citations that landlord Thomas Lippman received in 2009 and 2010 at his one-story triplex in the 3500 block of Galindo Street off 35th Avenue in the city's Fruitvale district. According to his attorneys, Lippman eventually racked up over $10,000 in city fines and fees.

The city cited Lippman twice in mid-April 2009 for overgrown vegetation, trash, and debris. According to court filings, Lippman disputed the fees levied against him, but a building services supervisor rejected his dispute twice. Eventually, the city assessed a lien of $2,680 against Lippman, though he continued to try to appeal the fines.

While he was fighting those fees, Lippman continued to be cited for the same rental property. The city cited him in April 2010 for a leaking roof, stuck doors, cracks in the ceiling, and missing foundation vents. He was cited again in July 2010 for trash at the property, including a mattress and toilet in the carport.

The city assessed fees against Lippman for the substandard living conditions, and he once again appealed the decision. According to the city, Lippman had not abated the violations as of September, so he was cited again. The city placed another lien on the property while Lippman continued to fight the fee assessments.

This isn't the first time Oakland has been confronted about its appeals process or dysfunction in its Building Services department. In 2011, an Alameda County Grand Jury report found flaws in the city's abatement processes, including in its policies, training, communication, and appeals. The department was criticized in a 2000 grand jury report as well, and the 2011 report indicated the department had deteriorated.

The grand jury report found the appeals process lacked due process and that liens were recorded before property owners had a chance to respond or appeal. At the time, the first appeal was conducted by the same inspector who had issued the initial citation, and the next by that employee's supervisor. To continue appealing added fees, and losing could result in even more fees.

"The Grand Jury is appalled by the actions of the city of Oakland's Building Services Division and its impact on property owners in Oakland," the report stated. "The division's practices and its treatment of property owners appear to be a direct reflection of poor management, lack of leadership, and ambiguous policies and procedures."

Though Lippman's initial appeals were conducted by employees of the Building Services department, Oakland does appoint a single independent hearing officer, though that person is selected by the city's Building Services department, according to court records. Timothy Low, inspections manager for the city's Planning and Building Department, said the current hearing officer is attorney Lisa Miller. She was hired in 2016 following a city bid-selection process and makes $150 an hour, Low said.

He said the city has had its current appeals system in place for more than 15 years and conducts seven to 10 appeals hearings a year, meaning the appellate court's ruling could potentially affect dozens of cases.

In Lippman's case, the hearing officer heard his appeals in 2012 but upheld the citations. After that, Lippman filed a petition in Alameda County Superior Court challenging the legality of the appeals process, arguing that, according to the state's 2010 building code, the city must have either an appeals board in place to hear appeals or they must be heard by the local governing body — in Oakland's case, the city council. In 2014, Alameda County Superior Court Judge Evelio Grillo ruled in the city's favor, saying there was no conflict between the laws. But Lippman appealed that decision.

The appellate court's ruling in December doesn't address whether Lippman's property was blighted, just whether the appeal process was fair and legal under state law.

The relevant portions of the building code state, "Every city, county, or city and county shall establish a process to hear and decide appeals of orders, decisions and determinations made by the enforcing agency relative to the application and interpretation of this code and other regulations governing use, maintenance and change of occupancy. The governing body of any city, county, or city and county may establish a local appeals board and a housing appeals board to serve this purpose."

The city argued that the word "may" indicates that the city is free to establish some other process, not necessarily an appeals board. But the appellate court disagreed, finding that the state building code mandated that Oakland establish a board or separate agency to hear appeals or that they should be heard directly by the city council. The court cited previous versions of the building code, which mandated an appeals board of at least five voting members. While the state law no longer specifies how many members the board should have, the appeals court found that Oakland's appointment of a single hearing officer selected by the enforcing agency did not comply with state law.

The case could affect cities statewide. Jonathan Wood, one of the attorneys for the Pacific Legal Foundation who represented Lippman, said that the cities of Newport Beach, Santa Barbara, and Riverside all have single hearing officers to hear code enforcement appeals.

"We know that at least some other local governments use the single-hearing-officer process to enforce building code violations," Wood said. "However, because we have not done an exhaustive survey, we cannot say just how important this victory is."

In the meantime, the Pacific Legal Foundation's victory could make it more difficult for Oakland to enforce its building code without reforming its appeals process. Code enforcement has become particularly important for the city after the Ghost Ship fire revealed living quarters in dangerous conditions. A few months later, a fire in a halfway house on San Pablo Avenue killed four people, and city records revealed that the building had been the subject of several citations for blight and substandard conditions in the months before the fire. 