The Town’s soccer franchise returns to the pitch this weekend with a new head coach and other fresh faces, kicking off its second season in front of Oakland's loud, loyal fans at Laney College. 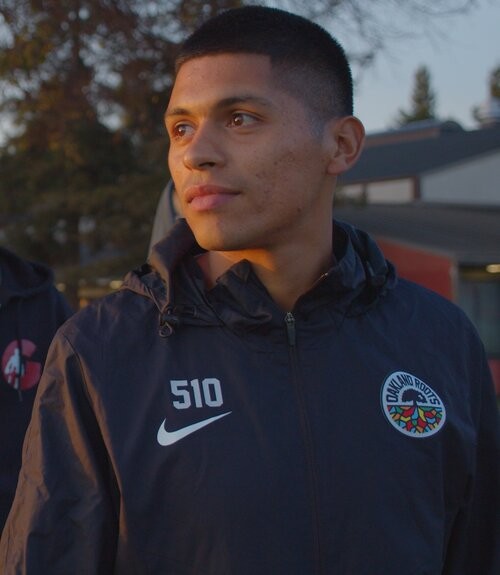 Last year, professional soccer planted seeds in Oakland. This year, fans hope to see them bloom into something beautiful, preferably with lots of wins on the Laney College pitch.

That’s where the Oakland Roots Sporting Club will start their second season this Saturday evening, when they will compete against Chattanooga FC, one of their league rivals in the National Independent Soccer Association. The Roots’ 14-game spring season will feature seven games apiece at home and on the road and will conclude with a June 12 match in Los Angeles.

The contest in Oakland this Saturday starts at 5:10 p.m. For tickets and more information, go online at www.oaklandrootssc.com.

The Roots played their inaugural season last summer and fall in front of fervent sellout crowds in The Town. Seeing those loud, loyal fans pack Laney College Football Stadium at every home game was exhilarating for team execs, including lead investor Steven Aldrich.

"You hope and work for success like that," Aldrich said. "But the outcome was so positive at the games, the support that showed up in Oakland was even more than what we expected."

The Roots’ clever, guerilla-style marketing caught the eyes of soccer executives and fans across the nation, drawing raves for being both polished and edgy.

"When other people nationwide say, 'Great job,' that feels great," Aldrich said. "They appreciate the storytelling. They appreciate we were not just talking about soccer but about bringing in the community."

In spite of the constant sellouts and strong fan enthusiasm last year, Roots execs still could not vanquish a glaring problem: The team didn't win any matches. The Roots ended their abbreviated six-game 2019 campaign with three draws and three losses.

Franchise leaders aim to change that.

While the Roots welcomed back standouts like forward Jack McInerney and midfielder Benji Joya, the team also signed several new faces, including midfielder Jonathan Orozco, who was born and raised in Oakland.

Playing for his hometown team is a dream come true, said Orozco, who will wear No. 98 to honor 98th Avenue in East Oakland.

Orozco said he can’t wait to play in front of Oakland fans, predicting that “the energy will be super high” in the Laney stadium.

The team also has a new head coach, Jordan Ferrell, who was promoted from last season’s role as Roots assistant head coach. Ferrell, who grew up in Northern California, said he wants his players to embody the ethos of Oakland, where residents are known for work ethic and creativity.

"And the swag, too," Ferrell added. "The way people embody The Town through music, from artists like Tower of Power to (singer) Raphael Saadiq."

Ferrell noted that when players take the field at Laney College, they can see the downtown Oakland skyline.

"When you see that, you feel a sense of responsibility to fight for the shirt, for the crest," Ferrell said. "We’re fighting for The Town and all it stands for."

Ferrell said the team trained this winter for about six weeks — a regular-length training camp that the Roots did not have the benefit of last year. Last year's squad struggled defensively at times, a problem that the coaching staff aims to correct.

However, the Roots will still play with an attacking, creative style, Ferrell said.

"My objective is to be entertaining and win a lot of games," he said. "If we do that, we’ll fill the stands with fans and make sure they won’t stay seated for very long."

Although Roots officials were thrilled by Oakland fans' initial response last season, they say their main challenge now is to make sure the franchise gets better in every way — on and off the field. That includes improving everything from the quality of their soccer to the in-game experience for fans to making travel more comfortable for their players, Aldrich said.

"We want to create an environment where people leave after a Roots game and tell others to come back with them to the next match," he said. "We want to build an institution that has real standing in the Oakland community."