Cannabis businesses say the city’s high tax rate could force them to close. But if Oakland lowers the tax, it might not be able to afford city worker raises. 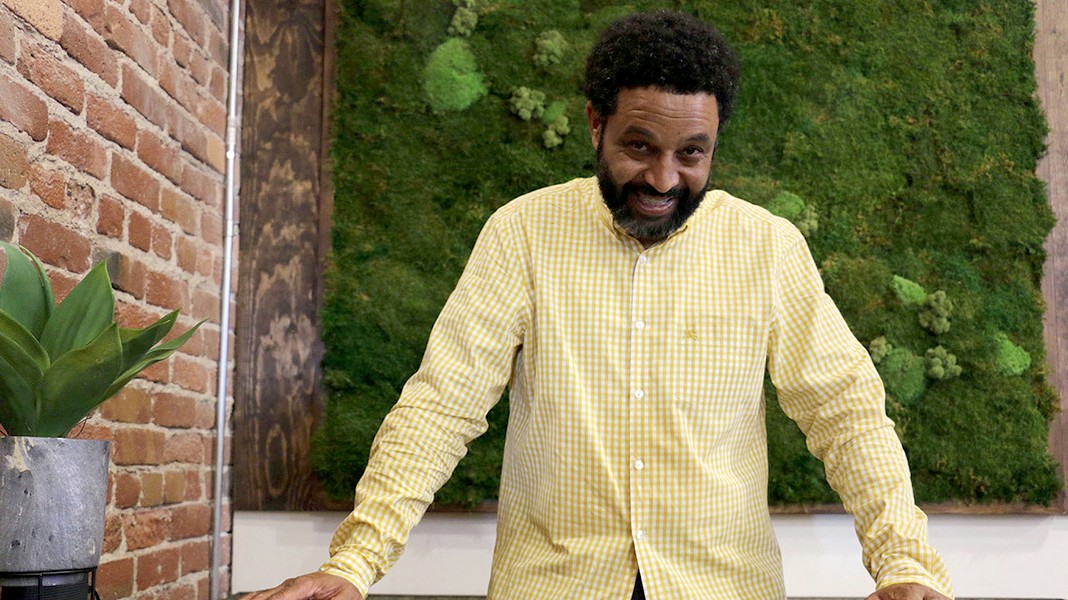 Customers were greeted by name as they walked into Purple Heart Patient Center on a recent Friday afternoon. The Jack London district store is the longest operating cannabis retailer in Oakland, and it’s busy.

But despite the shop's steady business and strong reputation in the city, owner Keith Stevenson doesn’t know how he will afford to pay city taxes this March, which he estimates will be half a million dollars.

He could sign up for a payment plan — $50,000 a month for 10 months — but that, too, will leave him in a deficit, he said. “We’ll likely be taxed out of business,” said Stevenson, who, in 2006, became the first African American to own a cannabis business license in the nation.

With the roll out of recreational cannabis last year, the city of Oakland began charging cannabis retailers an additional 10 percent tax on total annual revenue. Their taxes on projected income for 2019 are due in March. This is on top of the 15 percent tax retailers pay in excise tax for the cost of goods, as well as the roughly 10 percent sales tax to the state of California.

In November, Oakland voters passed Measure V, giving the city council the authority to lower the tax for cannabis retailers, and now Councilmember Dan Kalb, North Oakland, is trying to do just that.

“There are really many things that we need to do to help the cannabis business community thrive in Oakland,” Kalb said. “This particular ordinance that we’re doing is only the first step.”

The ordinance is proposing to reduce the nonmedical cannabis gross business income tax from the current 10 percent to 5 percent — the same rate for medical cannabis. “Even 5 percent is higher than a lot of other cities in the Bay Area, including cities in the East Bay, so we’ll need to do more later,” Kalb added.

Many councilmembers and cannabis business owners agree that the high tax is harming the city’s cannabis trade and hindering Oakland’s competitiveness. However, Kalb’s ordinance will create an estimated $1.8 million hole in the city’s projected budget — money that city staffers say could cost employees the 1 percent raise they were slated to receive. The projected budget gap from lowering the weed tax is why Kalb’s ordinance was held over in a council committee last week.

Last year, the Oakland officials negotiated with employee unions to give city workers a 1 percent raise, but only if the city’s revenue for the 2018-2019 fiscal year is 4 percent higher than what they anticipate bringing in.

The city’s revenue for this year isn’t finalized until summer, though, when the fiscal year ends, Kalb noted. So, if the council slashes the tax in advance of that, it could potentially affect the chances of the city employees getting their raise.

According to the administrator’s report, the city is already having a tight year. City officials want to know how to fund a $1.8 million revenue hit for 2019-2020 fiscal year if they go forward with lowering the tax.

As of now, the city has not begun to discuss how it would make up for those lost funds, but Kalb is hoping that they can come up with a plan before the committee meets to discuss the ordinance again on Feb. 19.
Shop owners argue, however, that the city shouldn’t assume that the income from cannabis sales will be the same as last year if the high tax remains in place.

Ramon Garcia, who is on the steering committee for the Oakland Cannabis Business Council, representing over 50 businesses in Oakland, said 40-50 percent of the businesses he works with are contemplating closing shop. “That $1.8 million loss, over time, will turn into a whole lot more if all these businesses are forced to shut down and other businesses are not wanting to come into Oakland,” he said.

For Oakland to remain competitive, he said, “it has to be done in a way where everyone is able to prosper, not just the large companies who can afford to pay the higher tax prices because they have the capital, and investors, and everything else.”

Because right now, “it’s the equity applicants and the small businesses who are going to suffer the most,” Garcia said.

Oakland’s equity program was designed to help communities most impacted by the war on drugs enter the cannabis industry by giving them business licenses, loans, and partnerships with general applicants. Yet it was equity businesses that made up the majority of people who spoke at City Hall last week.

“The high taxes are really making it difficult for equity businesses such as ourselves,” said Alicia Bird of Millennium Marketplace. “We receive an equity loan from taxes, but then we have to turn around and pay the loan back plus taxes, so it really comes out to be higher than a hard money lender.” 