Six women are suing Steve Bearman, founder of Interchange Counseling Institute, alleging that he assaulted them at his home or during private sessions after coercing them to take hallucinogens. 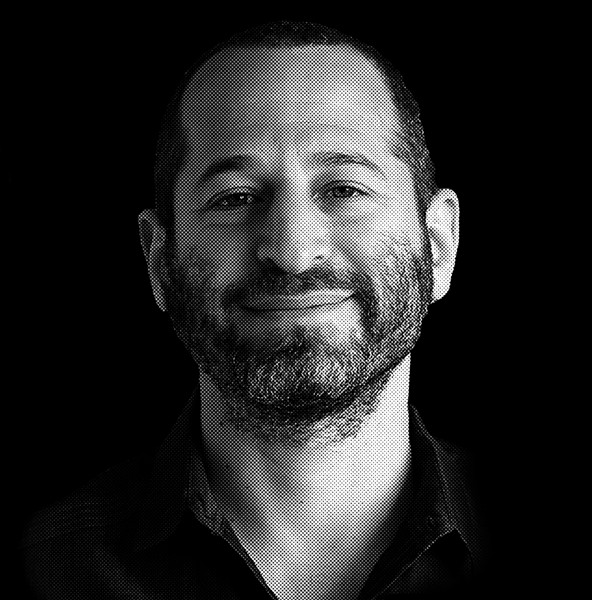 By all accounts, Steve Bearman was a charming and charismatic leader who had built an influential counseling school. With its promises of "healing, growth, and liberation," Bearman's Interchange Counseling Institute was a new-agey, sex-positive program that was well regarded among many Bay Area counseling professionals as well as the broader personal growth community. The Oakland resident often told his students that he could help them overcome their past trauma. And he regularly gave workshops, including at Burning Man, where dozens gathered shoulder-to-shoulder to hear him speak.

But in interviews with the Express and in court filings, several former students at Interchange also described Bearman as a master manipulator who learned key details about them through counseling sessions that he later used to control them. They alleged that he exploited their past trauma, manipulating their psychological damage so he could sexually assault them. One of the women called him the "fulfiller of nightmares," because she said he knew she had been raped before and that after counseling her on her trauma, he used that knowledge to sexually assault her. Five of the women allege that he assaulted them after he talked them into taking psychedelic drugs, at times in doses far beyond typical recreational use.

On Dec. 8, six women sued Bearman for sexual assault, sexual battery, sexual harassment, and false imprisonment. They were joined in the 63-page complaint, filed in Alameda County Superior Court, by 12 other former students and employees of Interchange Counseling. They also accuse Bearman and his former business partner Margo Brockman of labor violations and fraud, along with several other illegal practices. The Oakland Police Department has also opened a criminal investigation into Bearman.

Bearman was forced to close Interchange in September after he was confronted at a meeting by members of his leadership team — a group of about two dozen mostly unpaid volunteers who helped run the school — just before the 2017-18 session was about to begin, according to three attendees. Many at the meeting demanded he relinquish control of the Treasure Island-based school and inform incoming students about the sexual assault allegations against him. Cornered, Bearman wept throughout the meeting, but by the end still concocted a plan to keep the school open.

The plan quickly unraveled. On Sept. 27, Bearman posted a message on Facebook that was similar to statements made recently by numerous powerful men, like Harvey Weinstein, Charlie Rose, and Louis CK, who have been accused of sexual harassment and assault. "Though everyone is unaware of their impact in some ways, this is an area in which I now realize I have been unbelievably ignorant, even despite many people's efforts to get me to learn," Bearman wrote. "I am only now starting to see the scope of what harm my actions have caused, so whatever I have to say will almost certainly still be inadequate and somewhat uninformed."

Unlike most of his Facebook posts, this one was only available to his Facebook friends. His Facebook profile has since been removed, but multiple sources provided the Express with copies of the statement, including screenshots.

The women suing Bearman are represented by attorneys Ayhan Menekshe and Catherine Adams of the Menekshe Law Firm in Campbell. "In our many years of handling sexual assault and harassment cases for both plaintiffs and defendants, we have never before seen a case that reflects such insidious behavior," the attorneys wrote in a statement to the Express. "He might have deluded himself and others into describing these as consensual relationships, but they were the result of the abuse of the power dynamic, as well as abuse of prior sexual trauma history of these victims, and therefore could not be consensual. We believe that unless there are consequences for his behavior, he will continue it."

At a time when icons in Hollywood, politics, and journalism are suddenly facing consequences for years of abusive behavior, Bearman's story is a stark reminder that sexual predators can be anywhere. His supposed commitment to feminism and mental health makes his actions even more insidious, and his betrayal more devastating, the women said. At least two of his alleged victims said he lured them with promises of healing and left them more traumatized than ever.

They alleged that he exploited their past trauma, manipulating their psychological damage so he could sexually assault them. tweet this

Bearman's academic background in the psychology of sex and relationships also made his contention that he didn't realize the harm he was inflicting difficult for his victims to accept. His accusers found his Facebook apology severely lacking and were unsettled by the congratulatory and forgiving tone in hundreds of comments responding to Bearman's mea culpa.

In parts of his Facebook post, Bearman seemed to acknowledge that he had not obtained consent in his sexual relationships. "In too many circumstances, however, I now realize that I have convinced someone to let go of a boundary, or allowed someone, in the heat of the moment, to disregard what had previously been an important boundary for them," he wrote. He pledged "to be available to any of the women who feel hurt by me, with mediation, to apologize, to hear what you would like me to know and more fully understand my impact, and learn what, if anything, I can do to make things right."

But after attempting to contact Bearman for comment for this report, the Express received a written statement from San Francisco criminal defense attorney Christina DiEdoardo. "Mr. Bearman unequivocally denies the accusation that he has engaged in any instance of unlawful nonconsensual sexual activity during his time at Interchange or at any other point in his life," DiEdoardo wrote. She added that because of the lawsuit and the criminal investigation into her client, "he has no further comment to make at this time." Brockman did not respond to requests for comment by deadline.