Kenzie Smith said, “I’m not going to let someone else have a ‘BBQ Becky.'” 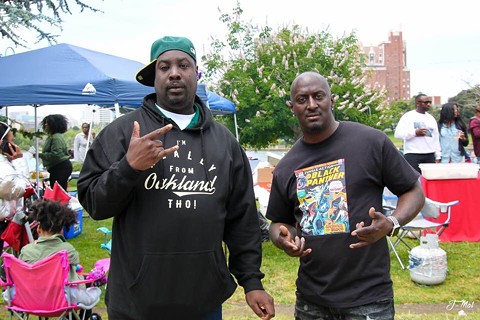 Kenzie Smith never thought that barbecuing at Lake Merritt might lead to a future role in public office. Smith is one of the two Black men who was the target of a white woman (now known as "BBQ Becky") who called the police, leading to protest barbecues and references on Saturday Night Live.

Oakland Councilmember At-Large Rebecca Kaplan announced today that she's recommending and nominating Smith to the Parks and Recreation Advisory Commission. “He has a deep commitment to the Oakland community and a track record of public service and philanthropy,” she wrote in a statement.

Smith said he's excited by the prospect. “I’m not going to let someone else have a ‘BBQ Becky,'” he told the Express.

Smith, a lifelong Oakland resident, community activist, and founder of Dope Era Magazine, said there’s a lot he wants to accomplish. He hopes to start a nonprofit that will employ youth during the summer, including keeping the Lake Merritt area clean.

The recommendation will go to the mayor, who'll have to approve it.
Prev
Next