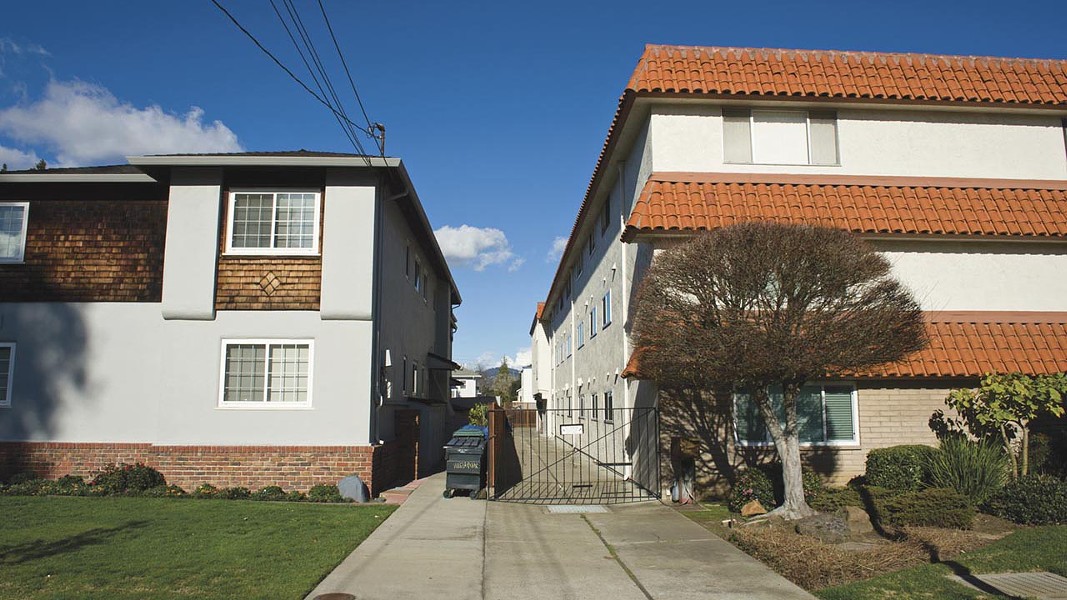 For now, the fight for and against just-cause renters' protections in Oakland and Alameda appears over. The renters have won.

"Housing is basic human right," said Alameda Councilmember Jim Oddie. "Period. End of sentence. Stop. And if that right is going to be taken away from you, you need due process. Our constitution demands that and I think our values demand that."

The result of the just-cause discussion was expected and, for some, a foregone conclusion, after the council gained a solid four-person majority of pro-renter councilmembers following last fall's elections.

Meanwhile, owner-occupied duplexes and triplexes will no longer be exempt from Oakland's rent control and tenant protection laws. City Council members voted early Wednesday morning to end the exemption, which tenants rights' activists called a "loophole" often abused to drive up longtime tenants' rents or force them out," the East Bay Times reported.

For Alameda renters, the road toward just-cause has been arduous and winding. Renters thought they had successfully won the protections in 2017 after the council amended the existing rent stabilization ordinance, only to have the threat of a landlord-backed ballot measure petition lead the council to rescind its vote.

Alameda renters lost a bruising battle with landlords at the ballot box in 2016. Renters groups in Alameda feared waging a second straight ballot measure campaign against the well-financed landlords would siphon away too much energy away from the overall fight for tenants in Alameda.

But the results of last November's election swapped out two councilmembers who exhibited varied or limited amounts of support for renters' causes with Councilmember John Knox White, a strong supporter of renters that gave the council a clear 4-1 majority on the issue.

The lone holdout for just-cause, Councilmember Tony Daysog, argued in favor of a carve-out placing exemptions on about 1,100 rental units that would have allowed landlords to maintain the ability for "no cause" evictions if they live in a unit on the property.

Tenant activists, including Catherine Pauling of the Alameda Renters Coalition, said the carve-out would be massive and affect a large portion of the city's rental stock. A motion for the exemption made by Daysog failed for lack of a second.

In early 2017, the San Leandro City Council approved a tiered schedule for taxing cannabis sales that gradually increases to eight percent by 2021.

But as San Leandro's tax rate is set to increase from six percent to seven percent on July 1, the city may choose to reset the clock on the tax regimen since the first tax receipts from cannabis sales only began to trickle in over three months ago.

"We haven't even had a dispensary open for very long," San Leandro Mayor Pauline Russo Cutter said Monday night. Blum San Leandro's dispensary near Kaiser Permanente on Fairway Avenue opened in January. The city's two other permitted dispensaries have yet to open their doors to the public.

The council approved Cutter's referral Monday night directing city staff to study the potential rollback of the tax schedule. Cutter's proposal would postpone the tax hike for one year, keeping the rate at 6 percent through July 2020. Councilmember Pete Ballew, a consistent opponent of cannabis sales, was the lone opposition to the referral.

More than 4,000 people applied for the chance to become a tenant at one of 28 new affordable housing units in Oakland, SFGate reported. ... Gov. Gavin Newsom came to Oakland to announce the formation of a homeless task force, along with $1 billion in funding to help solve the problem. ... Dollars and cents have never been the Oakland Unified School District's strong suit. Now, after recently eliminating its chief business officer position, the beleaguered school district is losing its newly hired chief financial officer, EdSource reported. ... The Oakland City Council Public Safety Committee is discussing a resolution to decriminalize psychedelics such as psilocybin mushrooms, the San Francisco Chronicle reported. The resolution would direct the city's law enforcement to stop investigating and prosecuting those using the drugs. ... The bill for Kamala Harris's presidential kickoff rally in Downtown Oakland is now due. The Chronicle reported that the city sent Harris's campaign an invoice for Oakland Police service that was $187,000 alone. ...

A bill that will create a regional housing authority in the Bay Area cleared the state Assembly Friday, the East Bay Times reported. Assemblyman David Chiu's bill would give the regional body the power fund affordable housing projects by raising taxes. ... In an effort to limit wrongful convictions, Contra Costa District Attorney Diana Becton has created a so-called "conviction integrity unit" that will review criminal cases where misconduct by attorneys, law enforcement, and errors are suspected, the Times reported. ... BART Board of Directors on Thursday proposed a 3.7 percent fare increase every two years starting in 2022 and running through 2028, the Chron reported. ... Amid a number of crude comments by members of the public, the Dublin City Council voted against a proposal to celebrate its LGBT community by raising the Pride flag over city hall. ...