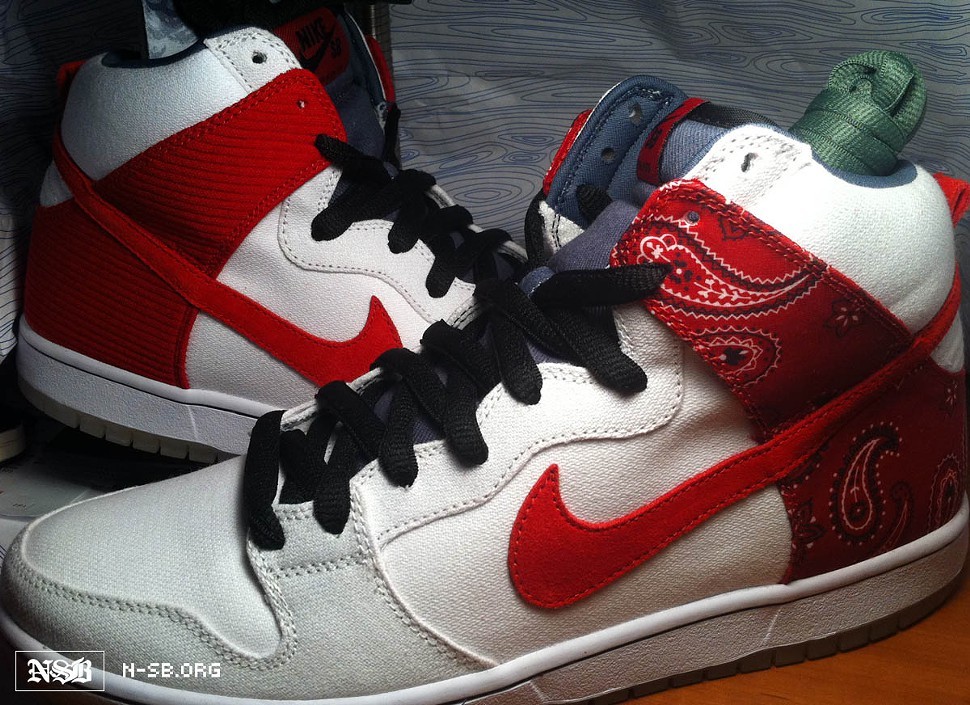 “The heels are designed after the signature headwear worn in the movie Up In Smoke by Cheech and Chong, while the use of what appears to be denim is a call-out to their gear as well. Accompanying the kicks are two sets of interchangeable black and green laces,” said Sole collector.

Reaction to the dunks have been mixed. Red is a gang-affiliated color in Los Angeles, associated with the notorious Bloods. “I'd be scared to wear these,” said Solecollector.com commentor "jcollect".

“Dude tryin to get folks shot with that red bandanna detail,” added commenter "35".

No word from Nike on if these are official, but artist Todd Bratrud confirmed it, though another teaser looms.

Are 4/20 shoes a good business move for Nike? Does hip hop culture tacitly condone sweatshop labor? Is 4/20 more mainstream than ever?