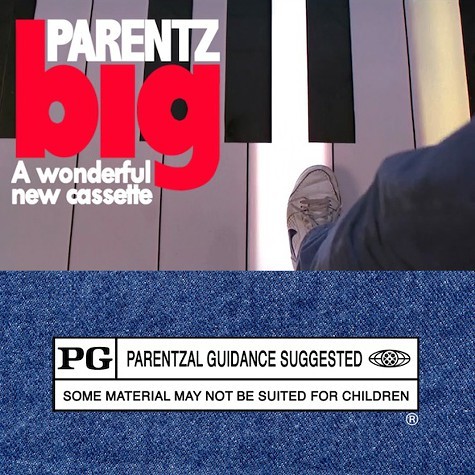 Don’t let the name fool you — DMFv2, which came out earlier this week, is the most nuanced and varied collection of songs to come bundled together in a long time. One of the best things about the compilation is that there’s no clean way to slice it, no quick way to boil it down. It’s made of everything from quirky minimalist brit-folk to foamy, spin-cycle hip-hop beats from Canada. It’s delectable, though — even with a remix of Wacka Flocka-as-aperitif.

A couple of the best tracks on the comp come from the East Bay, which is fitting, seeing as two of Crash Symbols’ founders Dwight and Liz Pavlovic just moved here from West Virginia and are now operating out of Oakland. One is a fresh cut from Main Attrakionz, with budding Berkeley producer Joe Wax on the beat; The other is an exciting new glimpse at Some Ember, the solo electronic project of Man/Miracle’s Dylan Travis. When asked about these contributions, Dwight Pavlovic had a few exciting things to say:

“Although these are the only Bay Area tracks, they had a lot of significance for us. Next year, we're releasing Dylan's first LP as Some Ember, and we're pretty floored by all of it... everyone that's heard much of it would agree! "Deep Ocean" was not a fluke and folks will not be disappointed when they hear the rest of what he's been working on. Main Attrakionz are significant for a variety of reasons, but most because of what they foreshadow for Oakland and how important they are to any kind of coherent creative community existing in the East Bay. Everyone here in the area is excited to know each other and be doing the same if not complementary projects.”

Cheers to that! And that’s not to take away from the whopping 23 other tracks on DMFv2. Highlights include material from Halifax producer Ryan Hemsworth, a previously unreleased Clams Casino beat, and a few little-known rappers, who come along at appropriate intervals, absolutely burn down the playlist, and let it rise again from its own ashes. It’s a great mix for new artist discovery — for instance, Haleek Maul (who contributed the track “Teuful”) is supposedly a 15-year-old emcee from Brooklyn. Crash Symbols is curated by the Pavlovics and Jheri Evans, who’s currently based in North Carolina. They blog at Get Off The Coast.