A new studio hopes to put the Bay Area back on the map as a place for high-end recording facilities. Studio Trilogy, launched in April by local recording veterans Justin Lieberman, Cindy McSherry, and Willie Samuels, is housed in the former home of Talking House Productions, which closed its label earlier this year. McSherry, Lieberman, and Samuels all worked at Talking House; McSherry as a manager and Lieberman and Samuels as engineers.

"It’s a really nice studio with really nice gear and there’s not many of those left," said Samuels. "Our focus is trying to make it more like an old-school studio where there’s a family vibe — not so corporate like a lot of studios are now." 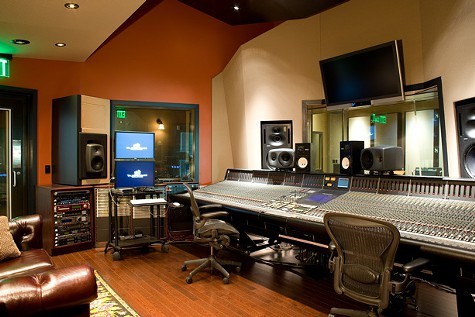 The biggest draw of the facility, says Samuels, is the studio's K series SSL console — "the last big super analog console that was made." There are only twelve such consoles in the country, he says, and they've got the only one in the Bay Area. In addition, Studio Trilogy has 6,000 square feet of space, an apartment on-site that's available to rent, and all working gear.

Though initially the three focused on targeting the Bay Area market, they're now reaching out to LA and beyond. "There’s only so much work in the Bay Area," said Samuels, who added that most local studios have slashed prices due to the economy and the general state of the scene. "But the goal is definitely to rejuvenate the scene here. San Francisco used to be this huge recording mecca for people to record. That died off in the last ten, twenty years." Now, there's only Skywalker Sound in Marin and Fantasy Studios in Berkeley that cater to a similar clientele as Trilogy, he added.

While it may seem counter-intuitive to try and appeal to high-paying clients during a down-turned economy, apparently there is a demand for such a facility. Samuels said that their first two months were "slammed." Clientele so far have included Kronos Quartet, Primus (recording for Guitar Hero), Adrienne Bailon from The Cheetah Girls, and pianist George Winston. "It’s surprisingly doing better than we expected," said Samuels. "So far so good. It’s so hard to predict in this business how anything will go. We’re filling a need that was empty for so long."