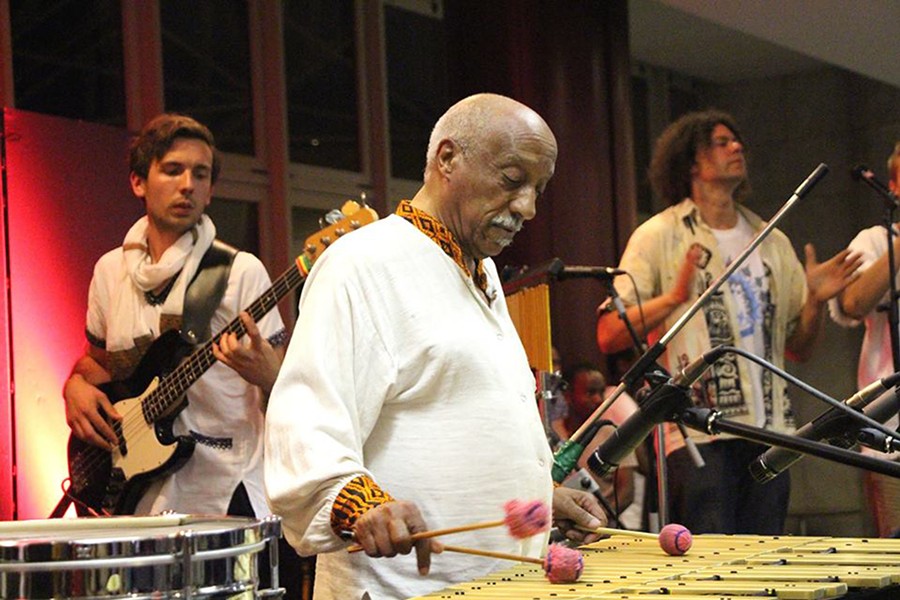 It is impossible to overstate the importance of Mulatu Astatke to Ethiopian music. Particularly, Astatke amplified the nation’s appetite for jazz and experimental music that still found a mantle on which to place traditional instruments and ancient sound landscapes. Dr. Astatke’s musical career, which spans more than six decades, and the Ethio-jazz genre he’s rightfully credited as creating, have been greatly influenced by his travels and his collaborations with artists like Frank Holder, Duke Ellington and Mahmoud Ahmed. Since the golden era of Ethiopian music in the Seventies, Dr. Asktatke has continued an output of music. He has also orchestrated several bands, likely from behind his xylophone, as well as worked on projects with intent to modernize traditional Ethiopian instruments and sounds at Harvard and MIT. This coming Wednesday evening, he graces the stage at the UC Theatre following an opening performance from Meklit, the San Francisco based Ethiopian-American singer whose jazz and experimental sound is in direct lineage to Dr. Astatke’s work.